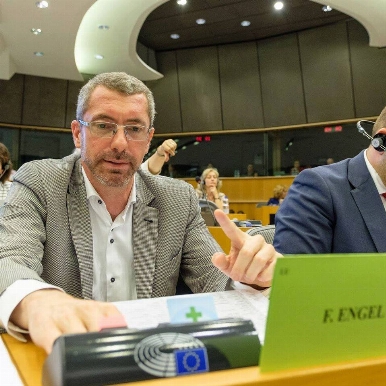 On May 21, at 18:00,  ASUE Facebook page will host an open online lecture. The speaker is the Honorary Consul of the Republic of Armenia in Luxembourg Frank Engel invited  by Assistant Prosfessor at the Chair of International Economic Relations at ASUE Albert Hayrapetyan within the frames  of “Jean Monnet Module” program implemented at ASUE.

In 2017, he was awarded the Order of Gratitude of Artsakh. In 2015,  Luxembourg recognized the Armenian Genocide as a result of the project presented by Frank Engel. He was awarded the Mkhitar Gosh Medal.

The lecture will be dedicated to Armenia-EU relations. The honorable guest will also touch upon his activities aimed at strengthening the RA-Artsakh-EU relations.