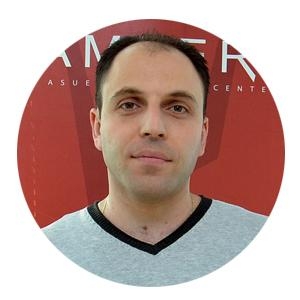 Education: In 1989-1999 he studied at school No. 162 named after Siamanto. 1999-2004 studied at the Yerevan State Economic University, specializing in the analysis and management of the securities market. Further in 2004-2007 - ASEU, postgraduate course in finance specialization, monetary circulation and credit (securities market). In 2007 he received the degree of candidate of economic sciences.

Work experience: From 2007 till now - assistant, then associate professor of the Securities Market Department (now the Department of Finance), ASUE. 2005-2006yy - dealer of securities in OJSC "Armeconombank". For the years 2006-2008. he worked at CJSC "Privat Invest" initially as an internal auditor, then as head of the securities department, then as chief specialist of the operating department, then as a manager of the same Department. From April to November 2007, he was a member of the Disciplinary Committee of the Armenian Stock Exchange.

From 2009 till now he was a financial consultant, then the chief dealer of OJSC "ARMENBROK".