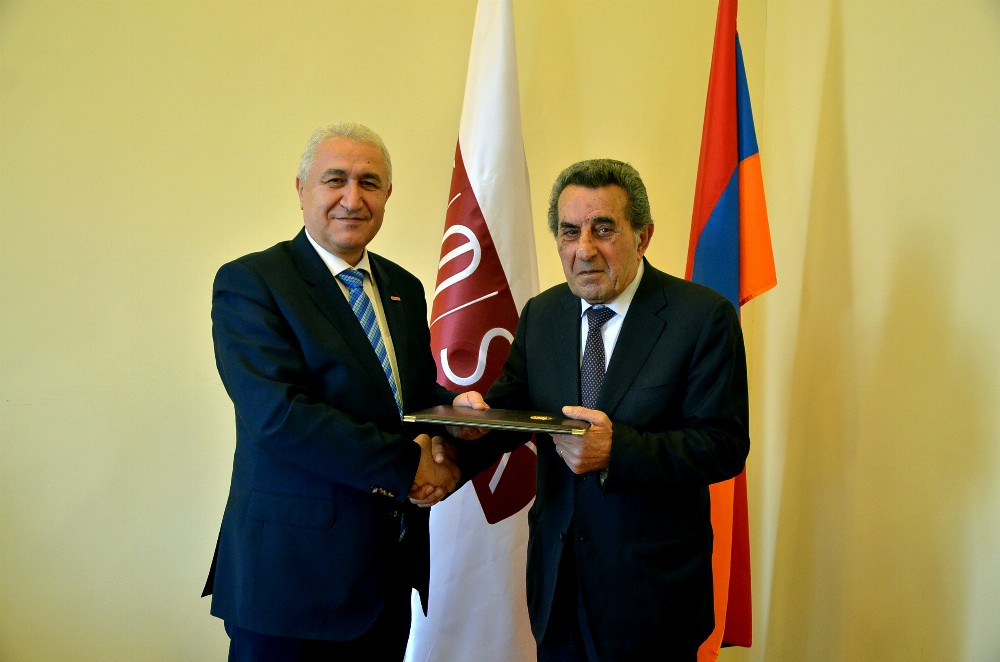 In his turn, Grigor Kirakosyan expressed gratitude to the head of the University, for their proper treatment.

Below we present the congratulatory letter of the rector of ASUE Koryun Atoyan:

On behalf of the rectorate board of the Armenian State University of Economics, faculty, staff, students, and on my own behalf, I am passing you warmest congratulations on the 80th anniversary.

You are one of the most prominent intellectuals, who as an honored scientist, organizer, professor and colleague, has multiplied the fame of our native University, and served to its development with tireless work and dedication.

Your impeccable scientific and pedagogical biography dates back five decades ago, when graduating form the Yerevan State University (Faculty of Economics) in 1965, you worked at the Yerevan trade and economic technical school, then in 1967 became a post-graduate student of Yerevan State University. In 1971, you defended a thesis on "The economic law of compensation of material costs of labor reproduction" and received a title of an associate professor.

Since 1975, from the first day of the formation of our university you were an associate professor of political economy chair. You taught and continued your fruitful research work. In 1989 at the Tbilisi State University, you defended doctoral thesis on "The cost of reproduction of the labor force" and received the degree of Doctor of Sciences and the title of a professor.

In 1993, you were appointed as the Rector of the University and remained in this position for 13 years.

Dear friend! I have to stress out your work as an adviser to the rector of ASUE. You execute kindly and graciously.

Dear Grigor Kirakosyan! We are proud to celebrate the anniversary of a worthy scholar, professor, principal citizen. We wish you health, energy and stableness!