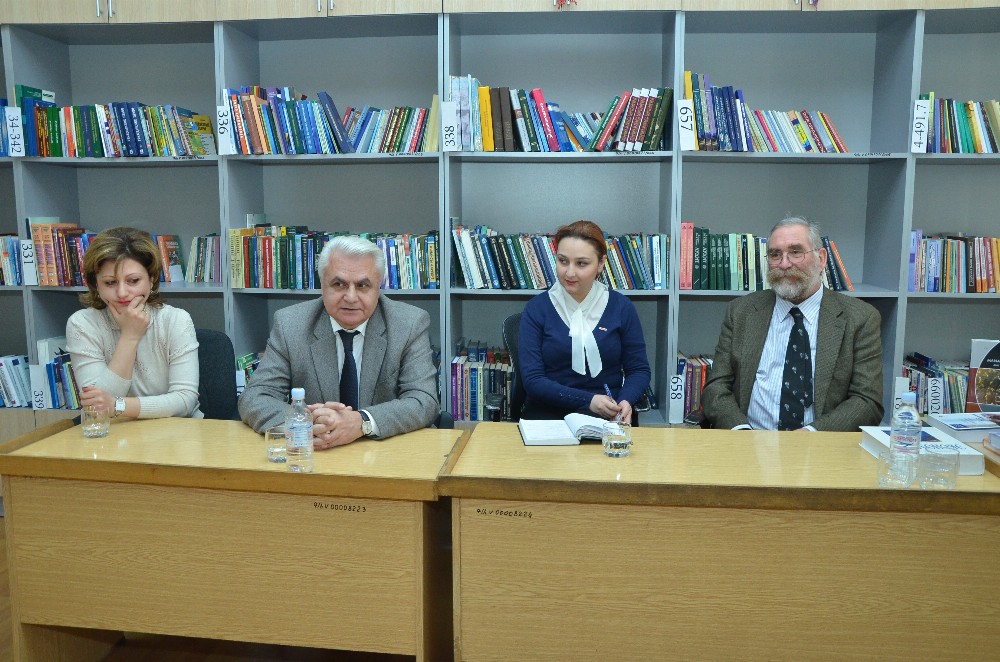 The event was opened by Armine Hovannisian, who noted the importance of the day and especially appreciated the role of the book in the lives of Armenian people.

In his speech, Professor Tumanoff said that he was very pleased to be part of the World Book Day, and then added, that books played an important role the life of his family. Referring to "Fulbright" program the professor noted that the purpose of the program was the cultural exchange between the United States and other countries. All present was pleasantly surprised by the fact that Tumanoff has Armenian roots. Peter Tumanoff presented ASUE library books (in English), expressing hope that they will be useful in the future.

Vice-Rector Gagik Vardanyan spoke about the Armenian poet Hovhannes Tumanyan, stressed the importance of his literary heritage. Vice-Rector also considered the book as an indispensable way to gain knowledge.

They also discussed approaches to the print and electronic books: the majority of the present considered the printed book an indispensable value. Note that Peter Tumanoff will conduct lectures in different faculties of ASUE.