ASUE International scientific and educational group made an interim report 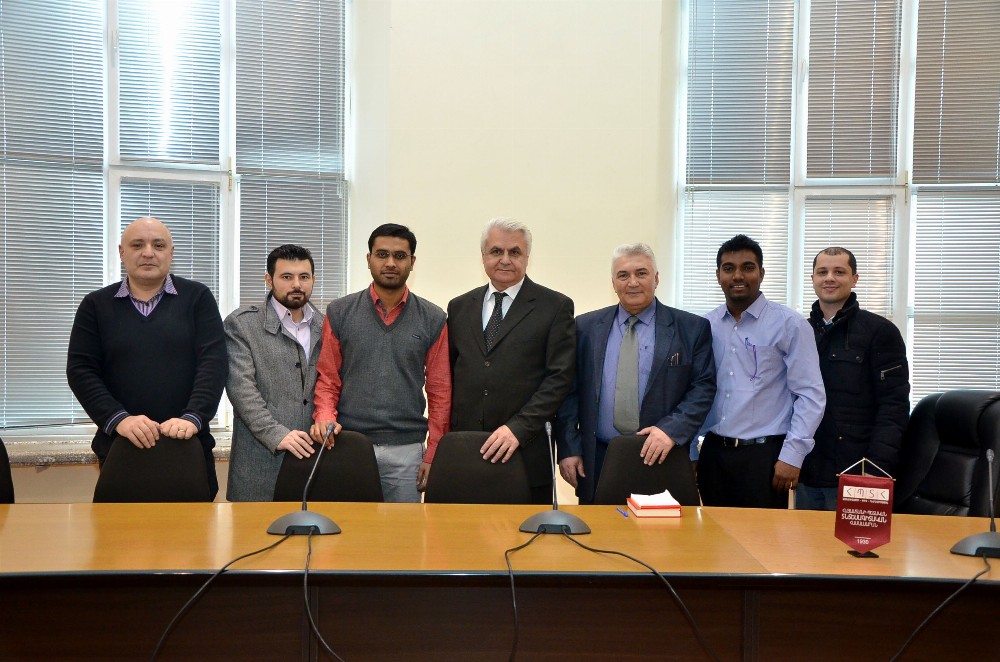 The last seminar of the new round of scientific groups took place today at ASUE.  "Globalization and the Challenges of developing countries" international SEG made his report. Vice-Rector for Scientific Affairs and External Relations Gagik Vardanyan, Head of the Science Division Khoren Mkhitaryan, , "Amberd" Research Center director Samvel Avetisyan were present at the seminar.

In his opening speech Gagik Vardanyan noted that the University has a good tradition to form an  international group every year. The Vice-rector  highlighted the importance of  involvement of foreign students in scientific research.

The supervisor of the group, Associate Professor Khoren Mkhitaryan welcomed the guests and presented the group members, who were foreign students.

"This is our 2nd international group, which involves students from Syria and India," said team leader.

Members of the  team Nelson Nate, Hayyan Adela and Chetan Aradia made reports.

After the presentations, the speakers answered the questions and discussed the main issues.

Gagik Vardanyan thanked the members of the group and said that new ideas may emerge as a research result in.