Remarkable events of May at ASUE 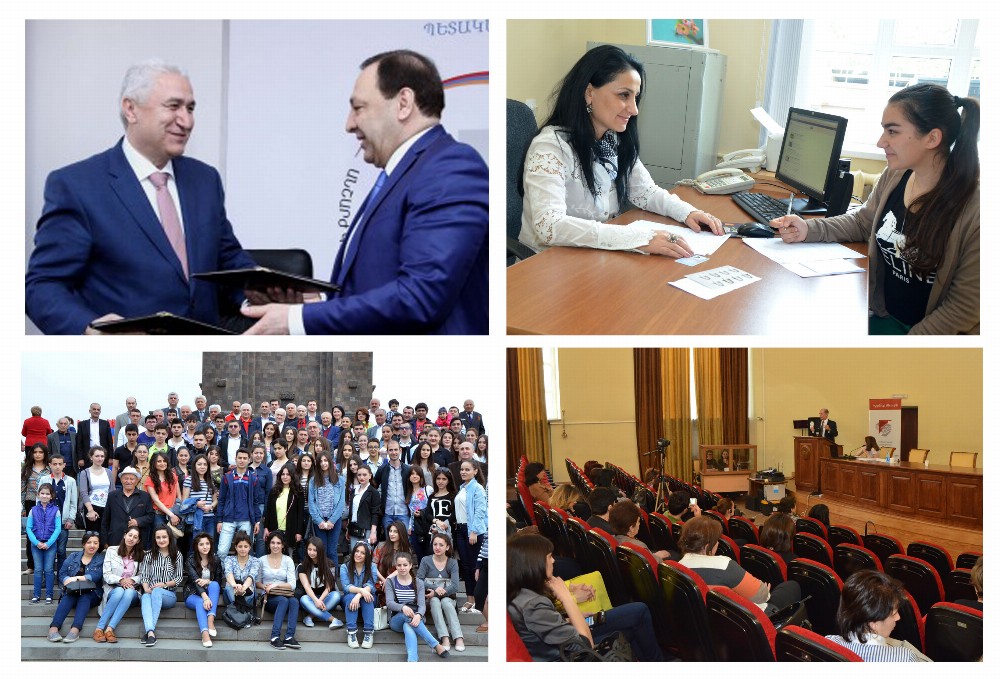 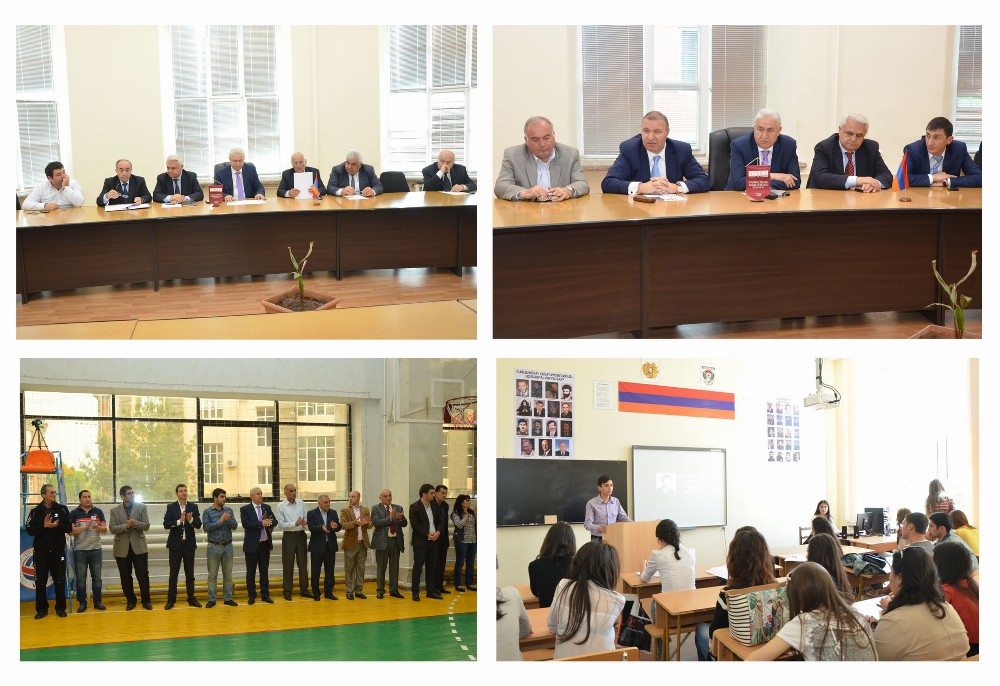 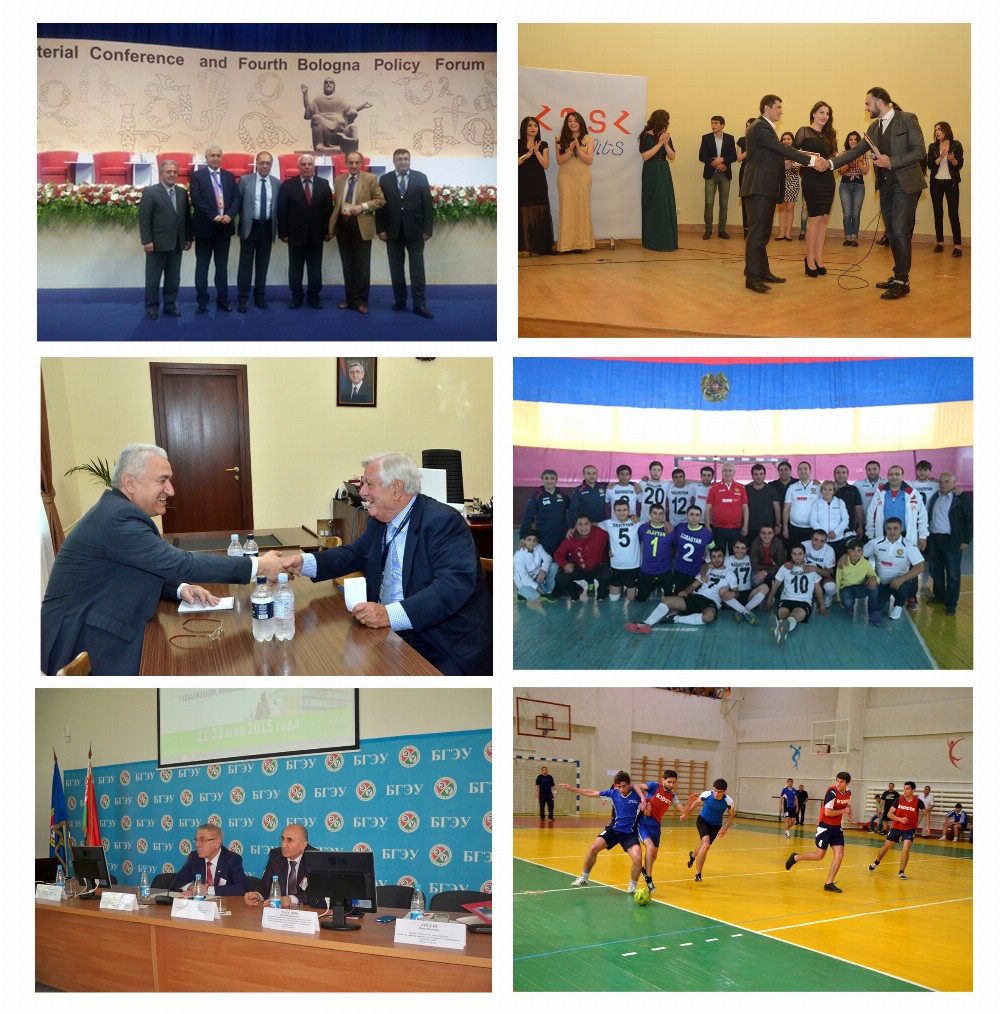 ASUE Media and Public Relations Division had issued a new initiative - summarizing ASUE significant events of the past month in a new media format. This publication summarizes May’s remarkable events.

On May 5 international consultant and author of "Regulatory Guillotine" Scott Jacobs came up with a lecture on "Market Economy Development Challenges legislative, regulatory impact assessment" at ASUE great hall. The lecture was conducted for civil servants.

2015-2016 academic year admission also launched on May 5; ASUE admission committee began its work and the first applicant applied to university.

The chairman of RA State Committee of the Real Estate Cadaster Martin Sargsyan and ASUE rector Koryun Atoyan signed memorandum of cooperation in "Educational-methodological Center" of SCREC on May 6.  The memorandum considers organization of lectures, seminars, practices with the specialists of state committee and University professors.

On May 8 ASUE Club of English Speakers held the third seminar, which was attended by the vice rector for Scientific Affairs and External Relations Gagik Vardanyan, Head of the Chair of Languages Susanna Chalabyan, lecturers and club members. The topic of the discussion was the Happiness. The guest of the club was Avedikian Varoujan General Counsel of Central Bank of RA.

On May 8 “Njdeh” club initiated an open lesson devoted to Triple celebration.

On May 9 ASUE Rector Koryun Atoyan, vice-rectors, deans, heads of departments, deputy deans, representatives of faculties and administration, students visited the Victory Park and put down flowers to the Monument of Unknown Soldier.

On May 11 "Student Spring 2015" sport and cultural festival started with chess tournament. The festival was initiated by Student Council.

On May 11 seminar-discussion on "Gas supply and energy system issues" took place at ASUE Conference Hall.

Tuition fees of 689 graduate and undergraduate full-time and part-time ASUE students have been reimbursed. Mandate Committee’s decision was presented on May 13 during Rectorate board session by vice rector on education organizational matters Mihrdat Harutyunyan,

On May 13 the opening of “Student Spring 2015" Sports and Cultural Festival took place, which was attended by Rector Koryun Atoyan.

On May 14 the final concert of "ASUE duet" project organized by the Student Council took place. The winners were awarded by Narek Makaryan and Grigor Kyochkyan.

On May 15 an Olympiad of Russian Language was held at ASUE initiated by the Chair of Languages. Nearly 50 first-year students from all departments participated in Olympiad. 6 students were awarded with certificates on May 22.

Higher Education Area Ministerial Summit and 4th Political Forum of the Bologna Process launched on May 14, in Yerevan. The event is held in Karen Demirchyan’s Sports and Concert Complex. On May 14 and 15 Ministerial meeting was attended by representatives of the ASUE headed by Rector, Professor Koryun Atoyan.

On May 18 a workshop on “PR Technologies” was held at ASUE. The event, which was chaired by associate-professor of the chair of Social work and Social Technologies of YSU Nvard Melkonyan, was initiated by SC. The students also hosted Gevorg Mkrtchyan - the director of the School of Ethics.

Armenian State University of Economics and the Academy of Public Administration received a 4-year term institutional accreditation. The Committee of accreditation of the "National Center for Professional Education Quality Assurance" Foundation (ANQA) made the decision on May 21.

The dean of the department of Regulation of Economy and International Economic Relations Atom Margaryan participated at the international Conference, which was held in Belarus State University of Economics on May 21-22.

ASUE has been ranked as the leading University delivering economic education in the May issue of "Rating: Education and Society" magazine.

On May 29 “Student Spring 2015" Sports and Cultural Festival summarized.