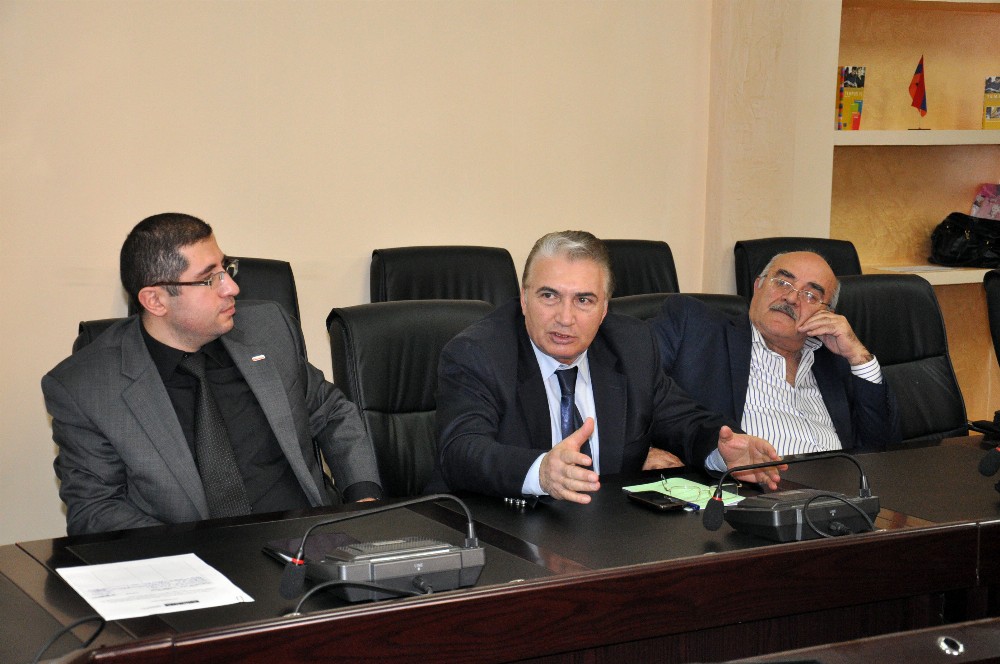 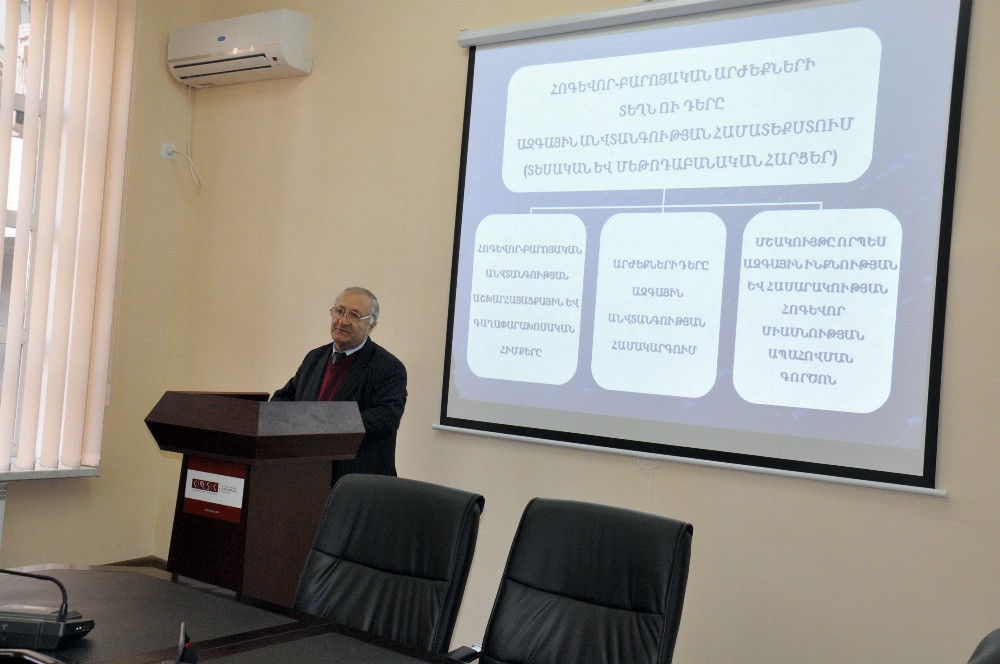 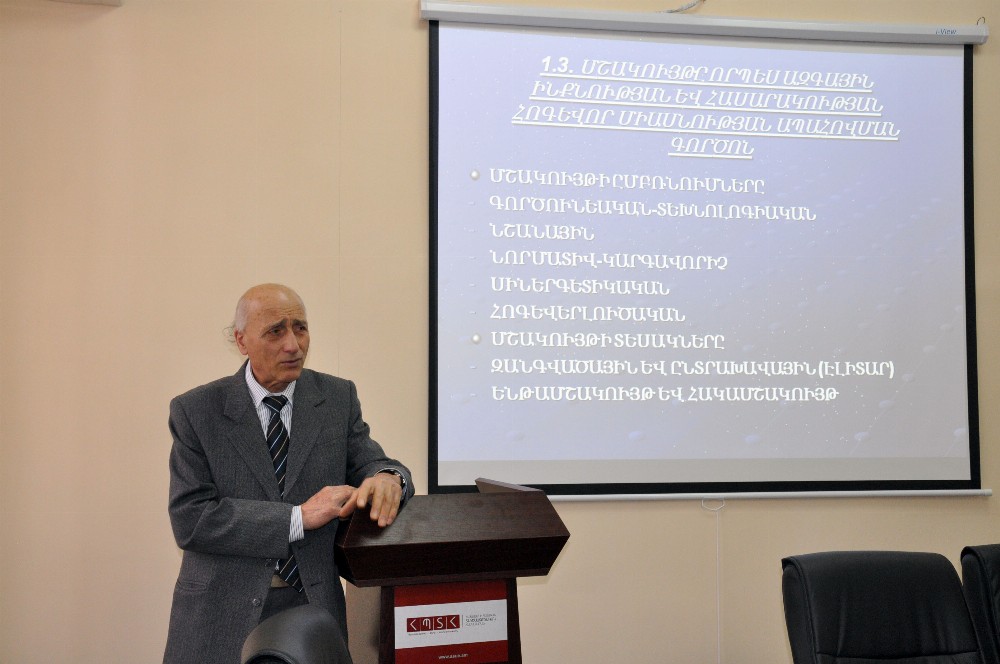 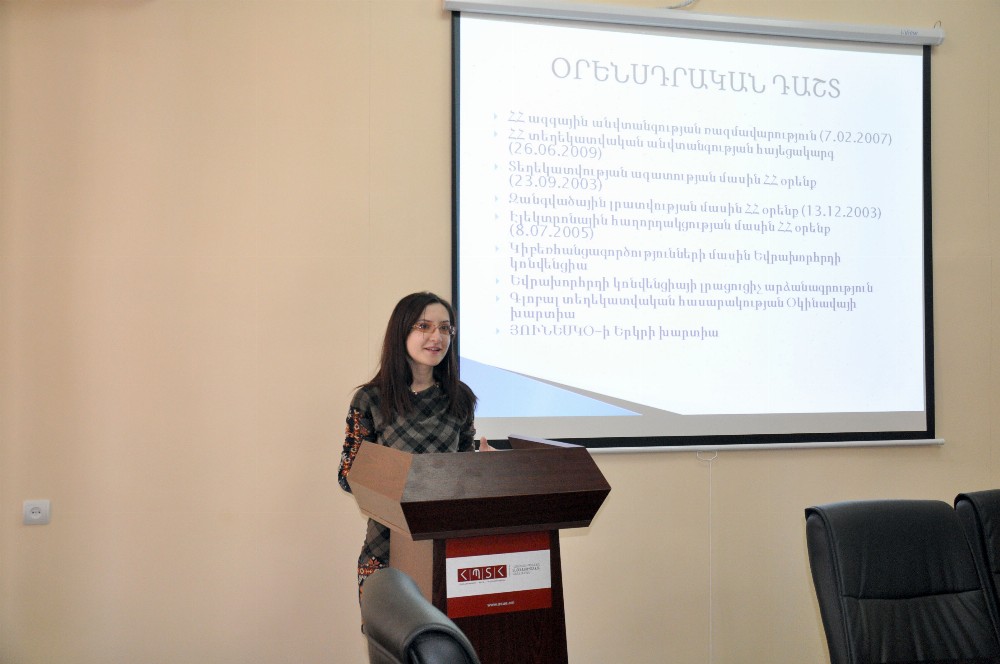 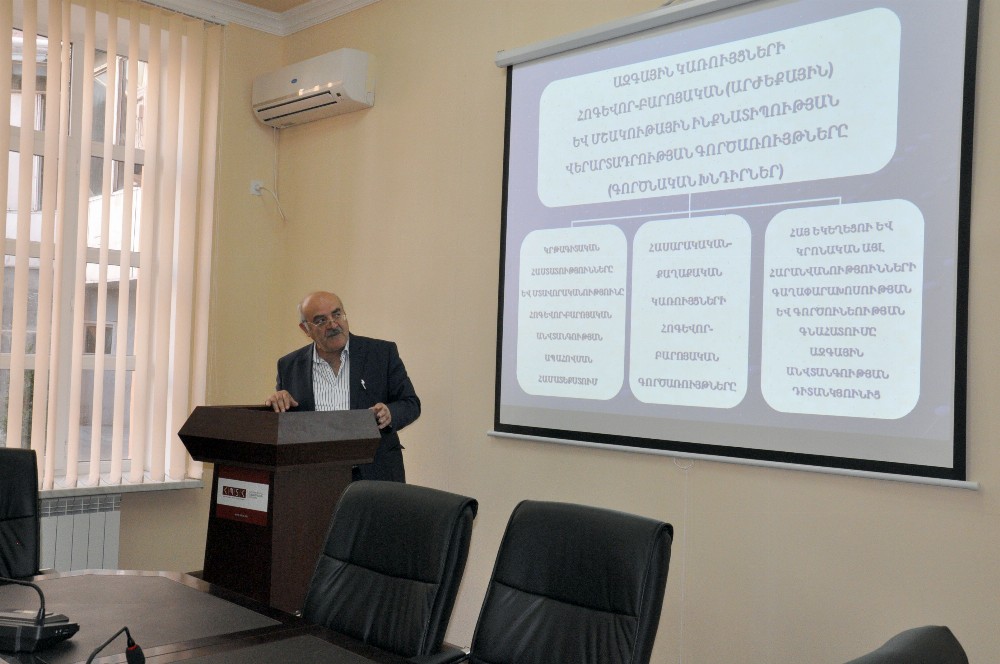 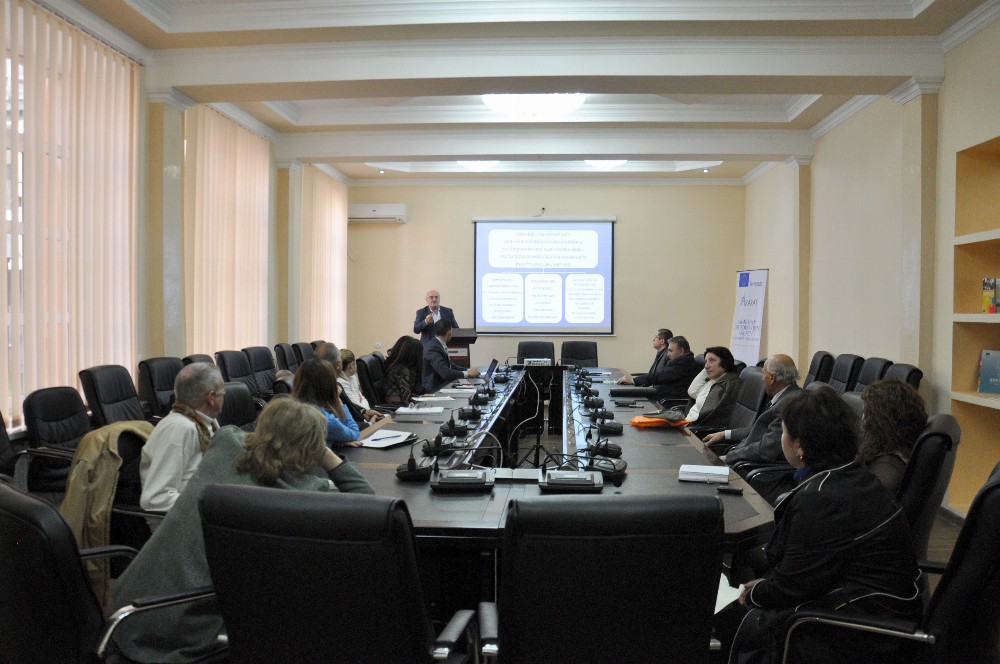 Scientific  seminar  on “Spiritual and Moral  Problems  of  the  RA  National Security  Concept”  topic   was  held  on at  “AMBERD”  Research Center  today.  The  collaborators  of  the  Center  headed  by  the  Director Samvel  Avetisyan,   lecturers  of the University’s  employers  participated  in the  seminar.

The  Director  of  “Spiritual and Moral Security”  research  direction,  Doctor  in  Philosophy, Professor  Aram  Sargsyan  presented  the  main headings   of  the  research,  and briefly  spoke  about the  discussed  issues.

The  Professor  presented  that  their  research   consisted of   several chapters:  the 1st “The  Place  and  the  Role  of Spiritual and Moral Values  in the  Context  of   National Security  (theoretical and methodological issues)”, the 2nd “Reproduction Functions  of  the  National  Structures’  Spiritual-Moral  (values)  and  Cultural  Originality (practical problems)”, the 3rd “The Problems  of  National  Spiritual- Moral  and  Cultural  Security at  the  RA Information Area”.

The  participants  of  the  research  team  spoke  about  the  mentioned  issues.  Doctor  in Philosophy, Professor  Surik  Sartgsyan   outlined   especially  the    role  of  culture  and  mentioned  that it’s  essential  in term of  the  national  security.  The  Professor  said  that the  culture  wasn’t only  a  national  reality, but  also a national assembly and national preservation.   He also highlighted the role of patriotism.

Candidate  in Philosophy,  Associate  Professor  Yuri  Hovakanyan  acted  with  an  interesting  report,  he  spoke  about  spiritual- moral  functions  of  social and political structures.   The  report  of   Candidate  in  Philosophy,  Associate  Professor    Sofya  Ohanyan  (prepared  with  senior  assistant  Arpine  Malqjyan)   was  also  unique,  which  referred   to  the  problems  of  preserving  national identity   in the  context  of  information processes of the globalizing world. Young  Associate  Professor   presented  the  research with  interesting  examples:   the  results  of surveys were  especially  remarkable.

In the  interview  with  ASUE  Media  and  Public  Relations  Division   Aram  Sargyan  said; “Spiritual- moral   problems  are  too  important  for  both  economic  and   overall development  of  the  country, their   role  is  great  especially  in the  context  of  national security”.

At the  end of  the  seminar  the  participants  asked  questions,  and  expressed  their  satisfaction toward reports  and  interesting  research.