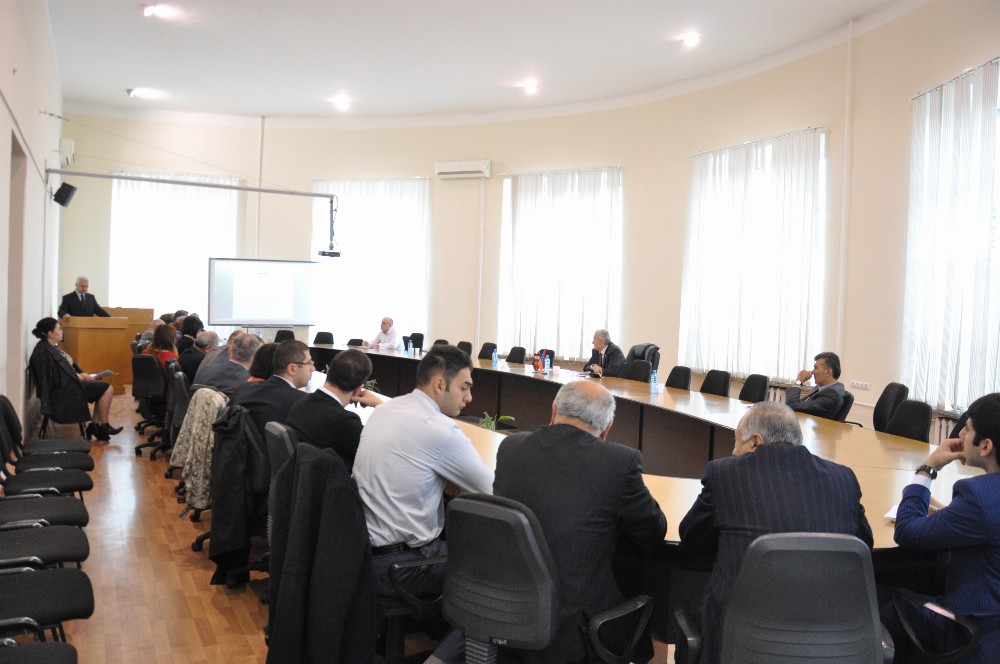 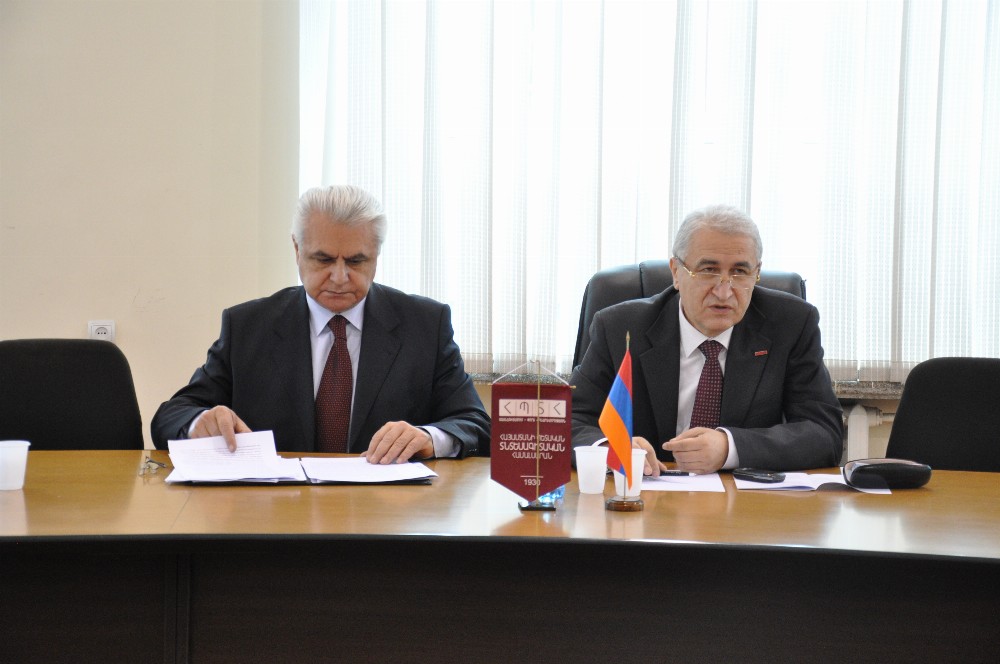 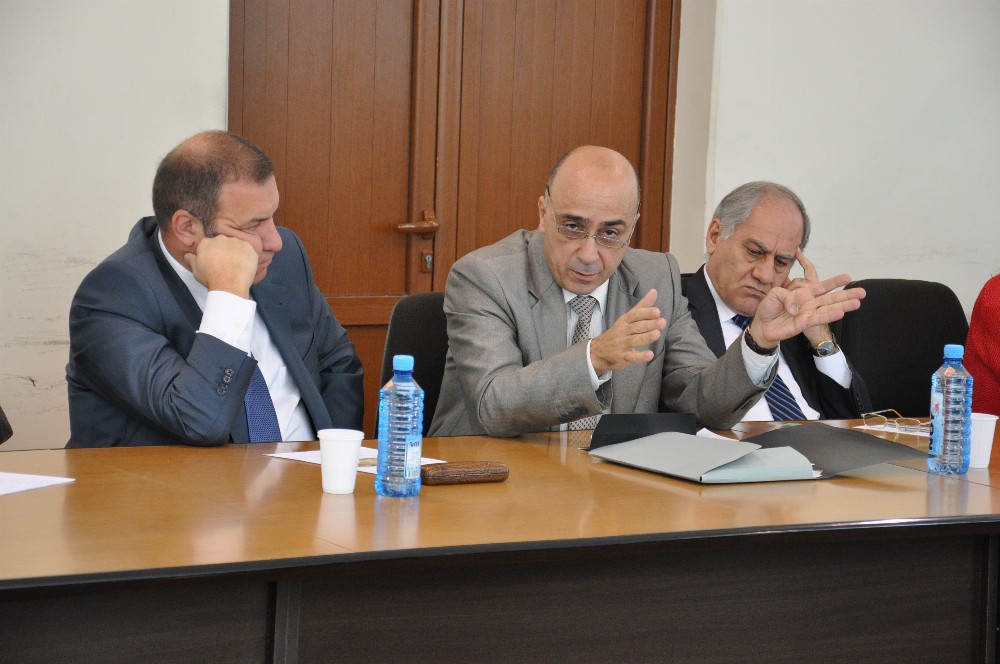 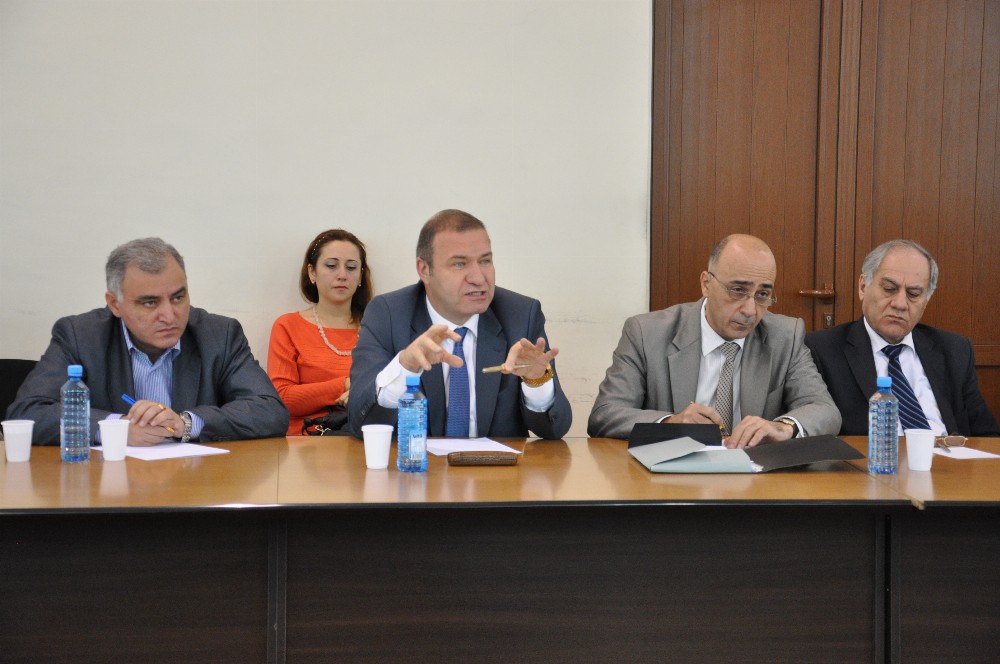 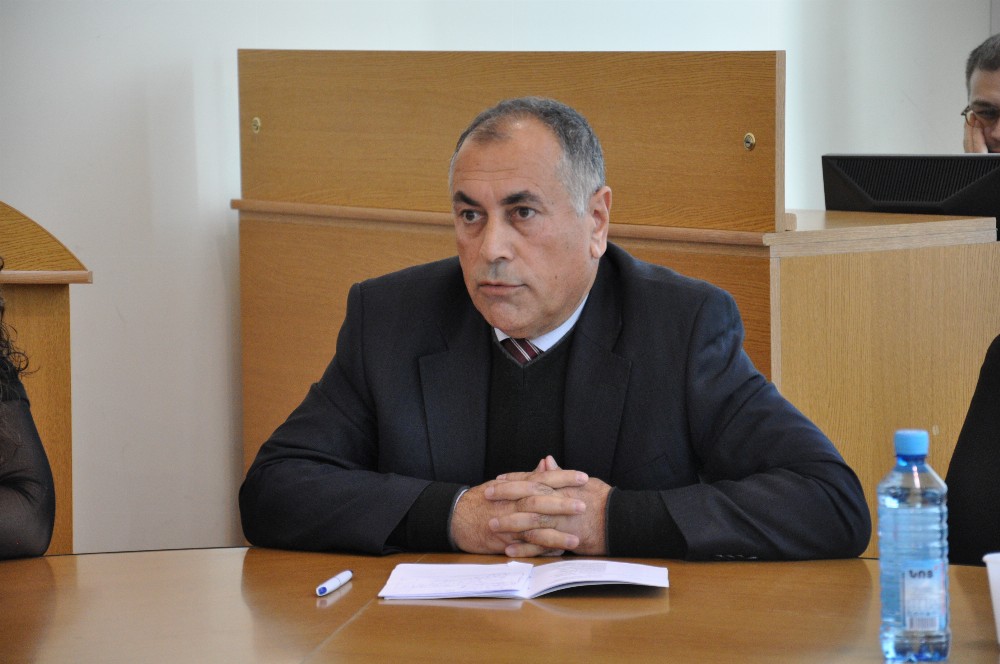 A  “Round  Table”  on  “The  RA’s Accession to the Customs Union”  took  place  today  at  ASUE  Conference  Hall  within the  framework  of  ASUE 23rd Conference,  which  was  attended  by  Rector  Koryun Atoyan,  the  Vice-Rector  of Science  and  International  Relations  Gagik Vardanyan,  the  Director  of  “AMBERD”  Research  Center  Samvel  Avetisyan,  the  Deans,  lecturers,  PhD students, other  employees  of  ASUE.

The  Rector  Koryun Atoyan,  welcoming  the guest,  outlined the  importance  of  the  topic  and  then Gagik  Vardanyan  presented  the  topic  of the  “Round  Table”  and  mentioned  that it had recently been  touched by media,  but  many  questions regarding  the  RA’s accession to the Customs Union didn’t  receive  their  answers.

The  Vice-Rector  spoke  about  the main  problems, which should be considered in the process of accession to the Customs Union  and discussion  was  held  on  around the  proposed questions,  participants  presented  their views.

The Director  of  “AMBERD”  Research  Center  Samvel  Avetisyan  added  that   those  who’re interested  may submit an application in 10 days to   make  a scientific study  on “RA’s Accession to the Customs Union”  topic  within  the  framework  of  “AMBERD”  research works.

After  the  end  of  the  “Round  Table” the  results  of  ASUE  23rd  Conference  were  summarized.  The  coordinators of  the  sections  presented   the total score - picture of  the  sections’  works.

Concluding,  the  Rector  highlighted  the  role  of  conferences,  mentioned  that there  was a  high  competition in research and education   market,  therefore  our  University should  do  its  best to  be  one of the leaders in the market, to  prepare highly qualified professionals.