PROBLEMS OF COMPETITIVENESS AND INNOVATION 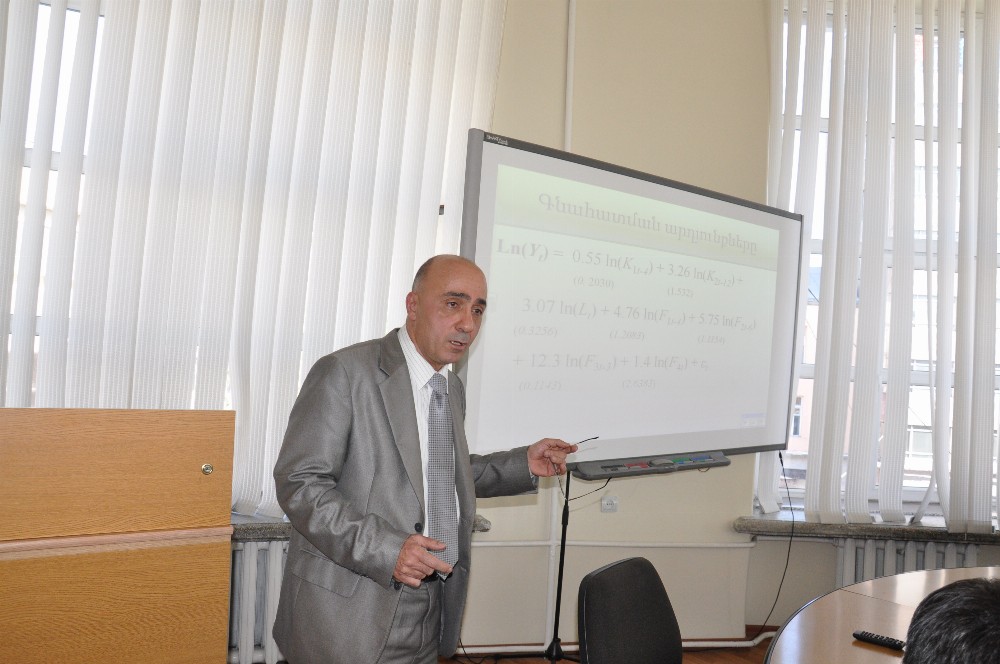 Scientific seminar entitled “The  RA  Economic  Problems  of  Competitiveness  and  Innovation,  and  Assessment of  Their Impact  on Economic Growth”  took place  today  at  Conference  Hall  within the  framework  of  the  3rd intermediate report  of ASUE  Internal  Scientific  grants.

The  Vice-Rector  of  Science  and  International  Relations  Gagik Vardanyan, the  Director  of  “AMBERD” Research  Center  Samvel Avetisyan, students, as well as Associate  Professor  at  the  Chair  of  Business  and Management Strategies  at  the Russian Presidential Academy of National Economy and Public Administration  Emil  Martirosyan,  who  was  at  ASUE  by  Student  Council’s  invitation.

The  Research  done  by  the  Chair  was presented  by  the  Director  of  the theme, Doctor, Professor  Ashot Tavadyan. 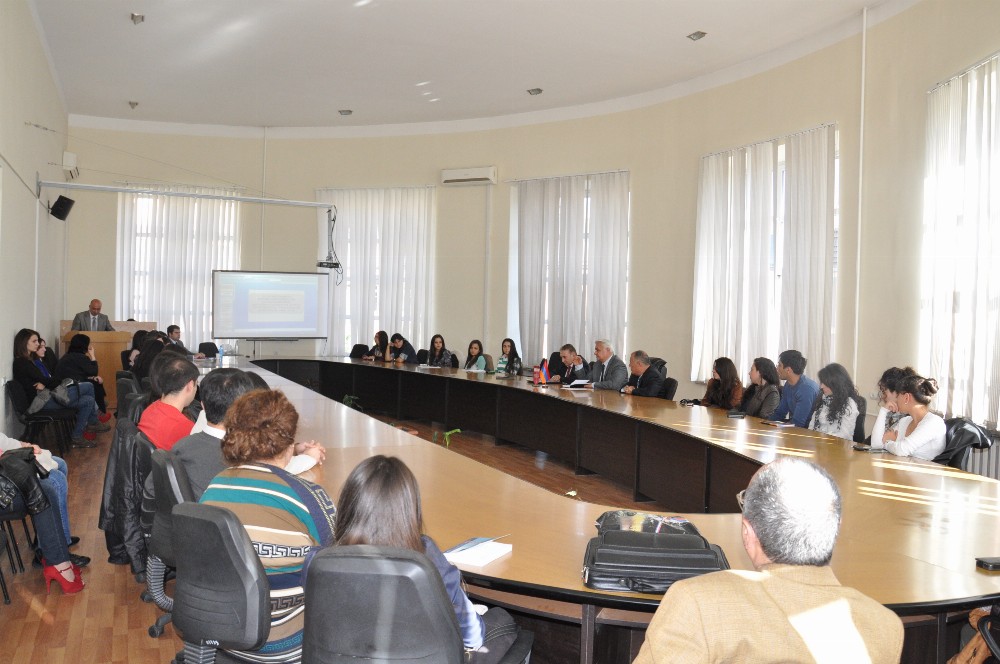 Particularly, modern trends  of  indexes of  innovation  in Armenia  was  spoken  about, their  impact  on the  economy  was  shown  by  slide  show, as a  product  of  the  research evaluation results were given by the formulas.

Highlighting  the  sphere  of  innovation,  the  Director  of  the  seminar  mentioned  that there  were four  components  of knowledge  based  economy: science, technology, education, research.

Ashot  Tavadyan told  ASUE  Media  and Public Relations Division  that in the result of  their  research they had  achieved  several  important results.  “Basically, we  have  studied new  indexes  of  the  impact  on  economic  growth  and one  of  the  important  result  is although  the  innovative  sector’s  impact  on  GDP is 3 times later than traditional (basic)  capital’s,  but  the  innovative impact  is 5 times  higher  than traditional  capital”; stressed  the Professor.

Gagik  Vardanyan  expressed  gratitude  to the participants at the  end of  the seminar  and highlighted the  students’ involvement in research  works once  more.