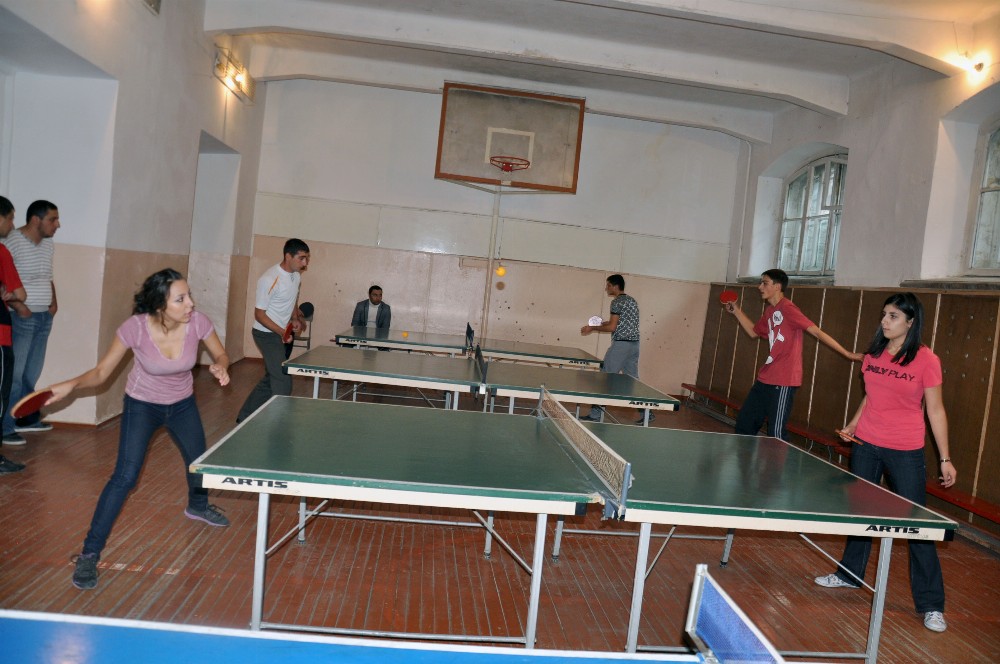 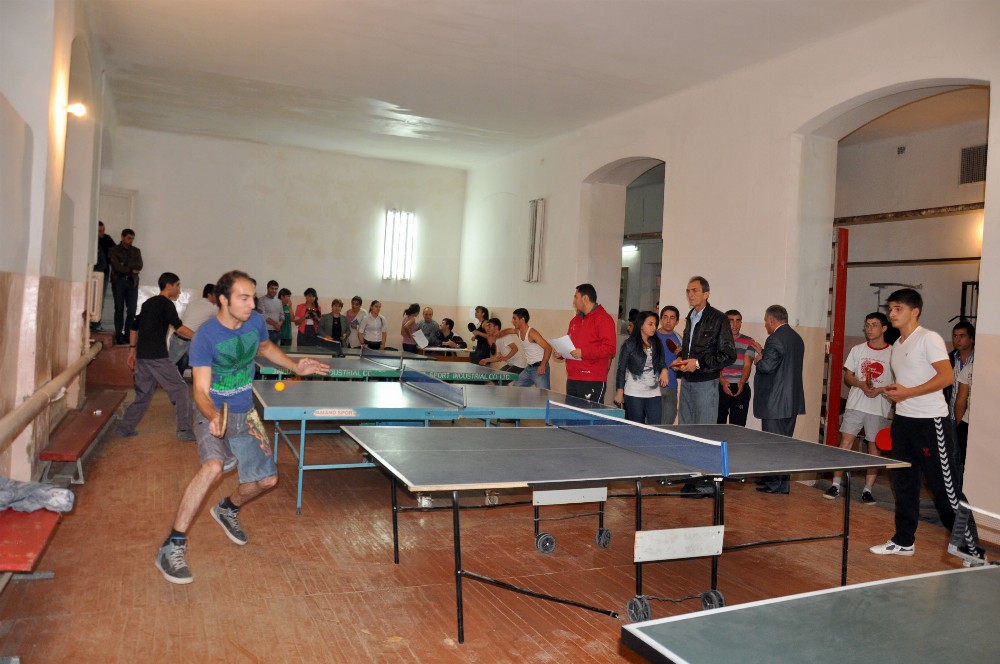 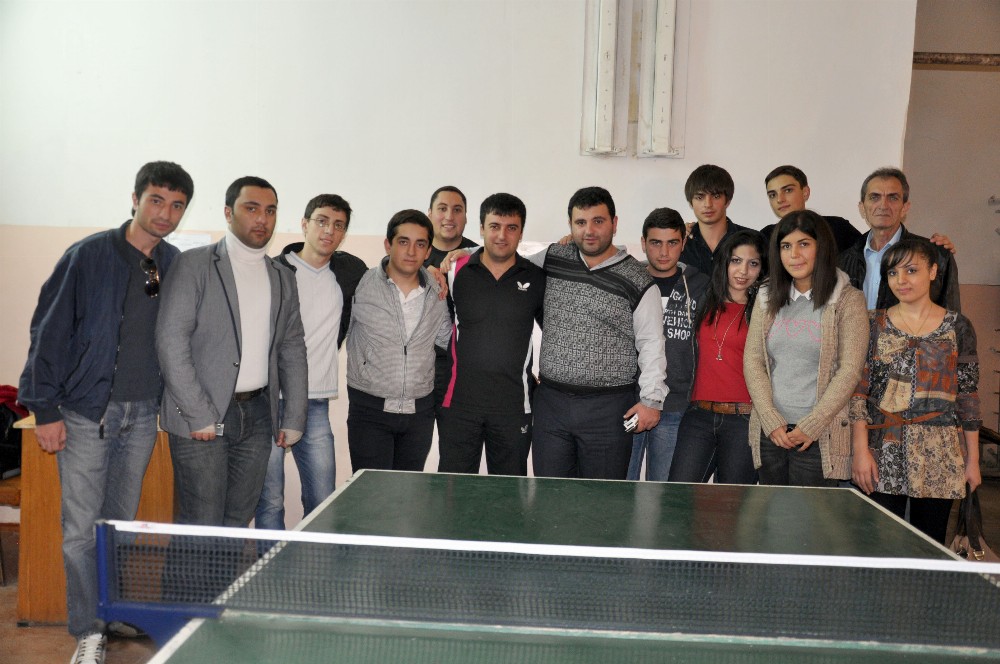 The  interdepartment  tournament  of  ping-pong   took  place  today.  Eduard  Amirkhanyan,  the  chief  refree,  presented  the  rules  of pong-pong  and  the  game  began.  The team of  the Department of  Regulation of Economy
and International Economic Rеlations  showed  a  beautiful  game  and  won,  becoming  the  champion (Varazdad  Barseghyan, the  3rd  course, Macroeconomics,  Tigran Shirvanmyan,  the  1st course,   Theory of  Economics, Shogher  Antonyan, the 4th  course,  International Economic Relations).  The  team of  the  Department of  Finance  won the  2nd ,  the  team of  the  Department of  Management  won the 3rd  places.

“I am impressed by the students’ brilliant tennis match.  I  think  these athletes  if  haven’t  chosen  Economics  most of  them will  become leading tennis players”,  said  Alexander Diaryan  while  speaking  with  ASUE  Media  and Public  Relations  Division.