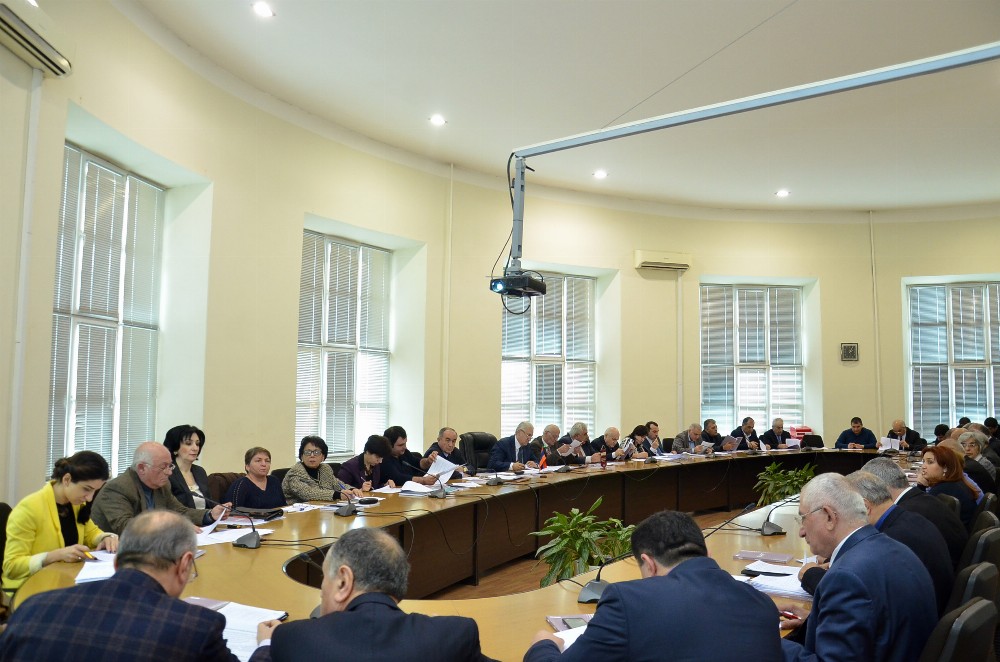 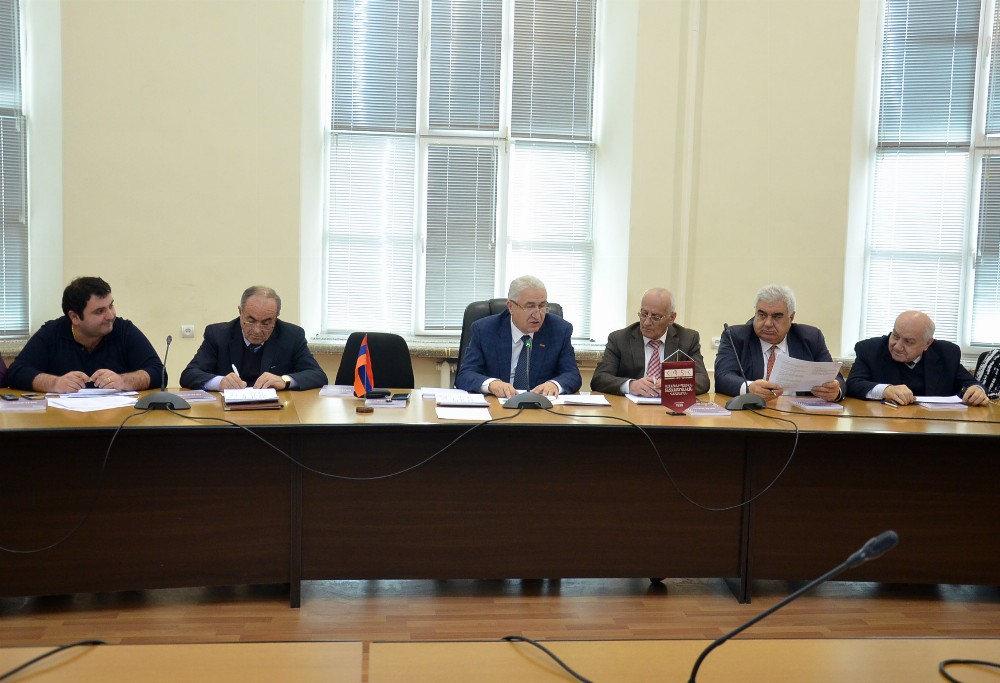 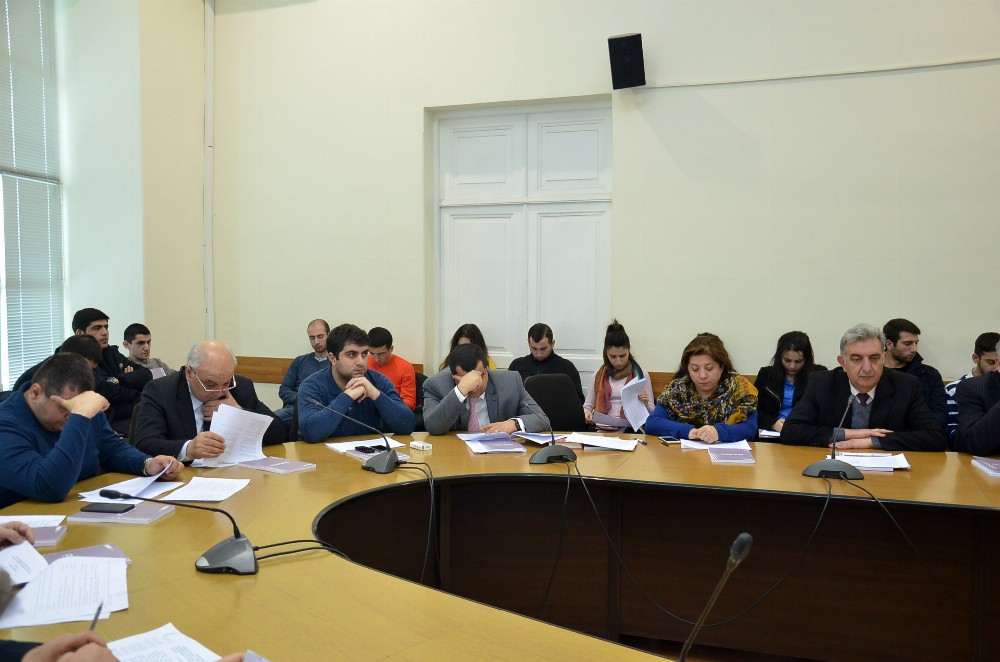 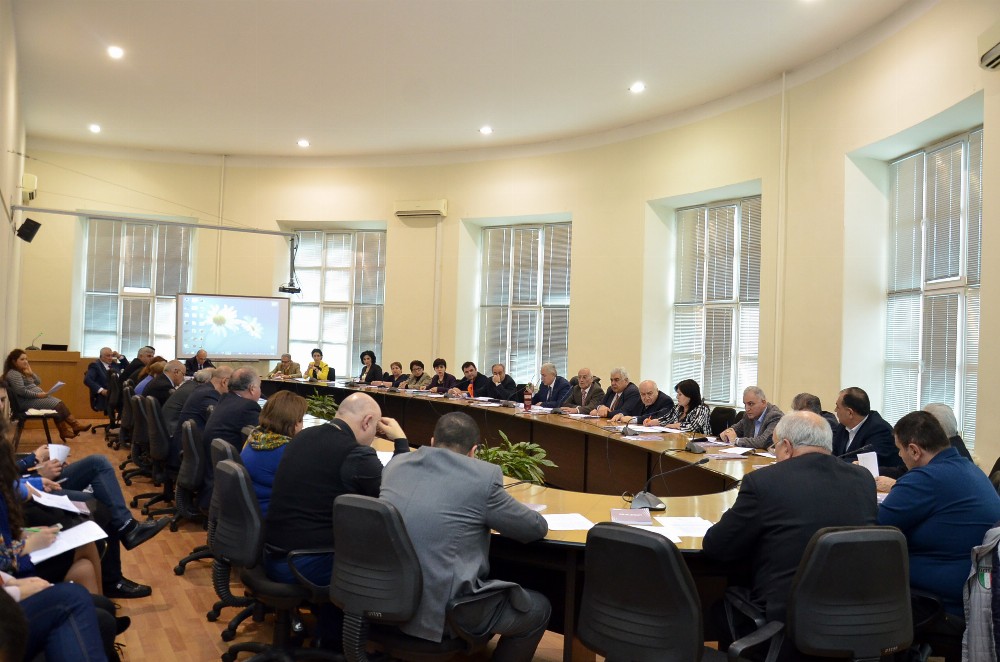 Today, Scientific Board’s session was  held headed by ASUE Rector, Professor, Chairman of Scientific Board Koryun Atoyan.  The  agenda was full-the  1st agenda was reported  by Head of Science and PhD Khoren Mkhitaryan-“Results of the University Scientific-Research Activity in 2016 and Issues in 2017”.

Scientific Board approved the work done  and submitted development recommendation with clear timetable.

The 2nd issue was election of Deans of Departments of Regulation of Economy
and International Economic Rеlations and Finance.  Candidates made speeches presenting program provisions, aimed at the development of the Departments- from academic process to organizational. Candidates of Economics, Associate Professors Atom Margaryan and Grigor Nazaryan were nominated for the first Department, and Candidate of Economics, Associate Professor Vahe Mikayelyan for the second one.

Scientific Board elected Deans by closed secret ballot-Grigor Nazaryan and Vahe Mikayelyan, and the nominated candidates for Heads of Chairs  were elected. The voting results were confirmed by an open ballot.

ASUE Rector Koryun Atoyan presented the working plan of the 2nd semester of 2016-2017 academic year for approval, which was approved.

Dissertation topics and scientific directors were discussed and approved by the Board.