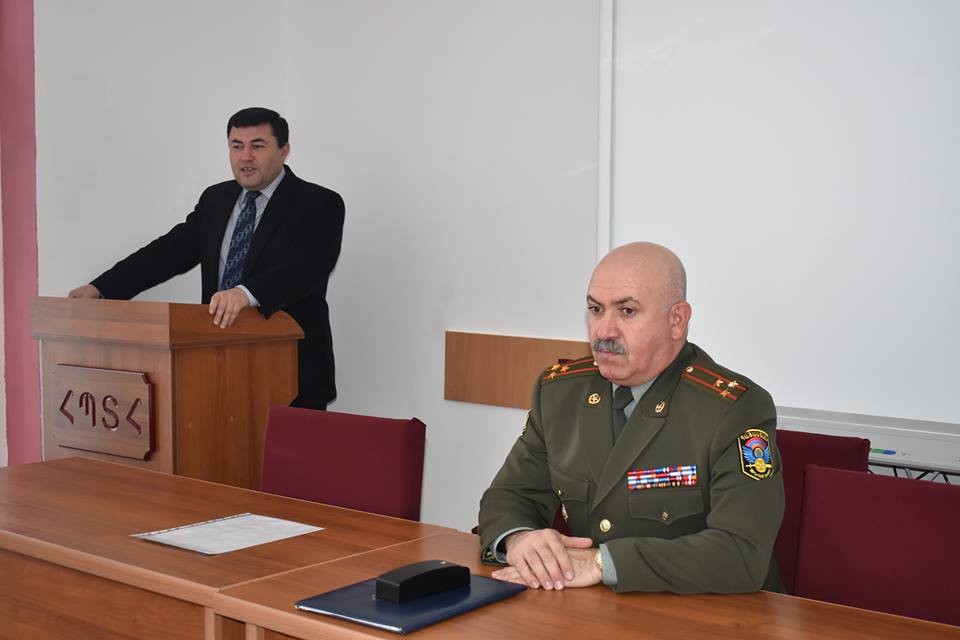 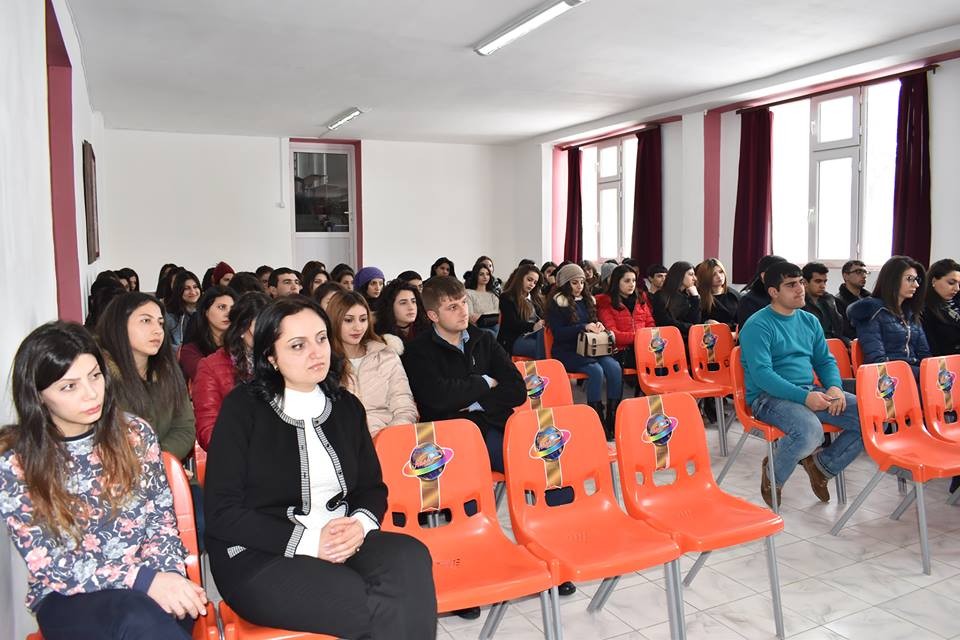 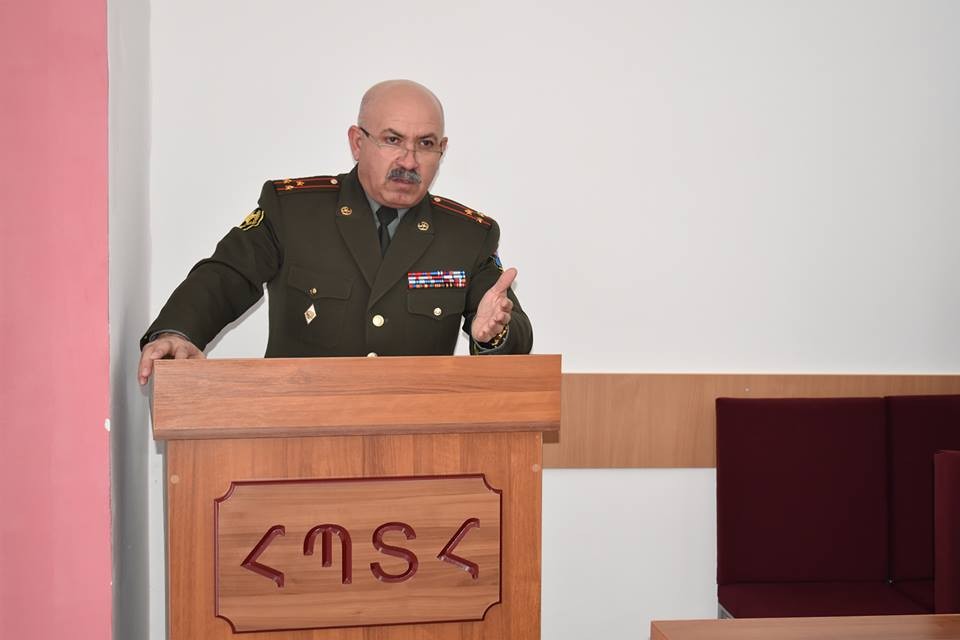 The start of the 2nd semester in ASUE Yeghegnadzor Branch was marked by military-patriotic lesson: Sos Khachikyan invited the Commander of the 4th  Army Corps of the RA  Ministry of  Defence, Colonel Valeri Kocharyan who conducted a lesson, which was attended by representatives of academic staff, students.

The key issues of the lesson were nation-army ideology, army building, connection between economic development and army. The Colonel mentioned  that the society, especially the youth, should be actively involved in army building and the  measures aimed at raising soldier’s fighting spirit.

In the  interview with ASUE Media and Public Relations Division Sos Khachikyan mentioned  that they have reached an agreement to visit military unit on March-April. “The  lesson was dedicated to the jubilee anniversary of the Armenian Army. We have planned a number of measures aimed at strengthening army-society relations”.