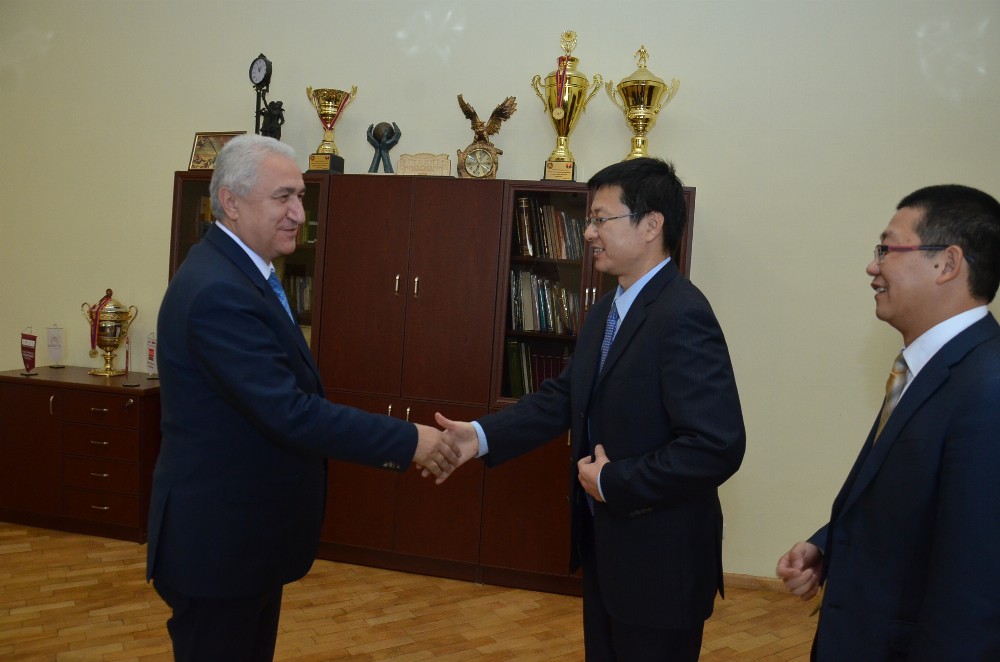 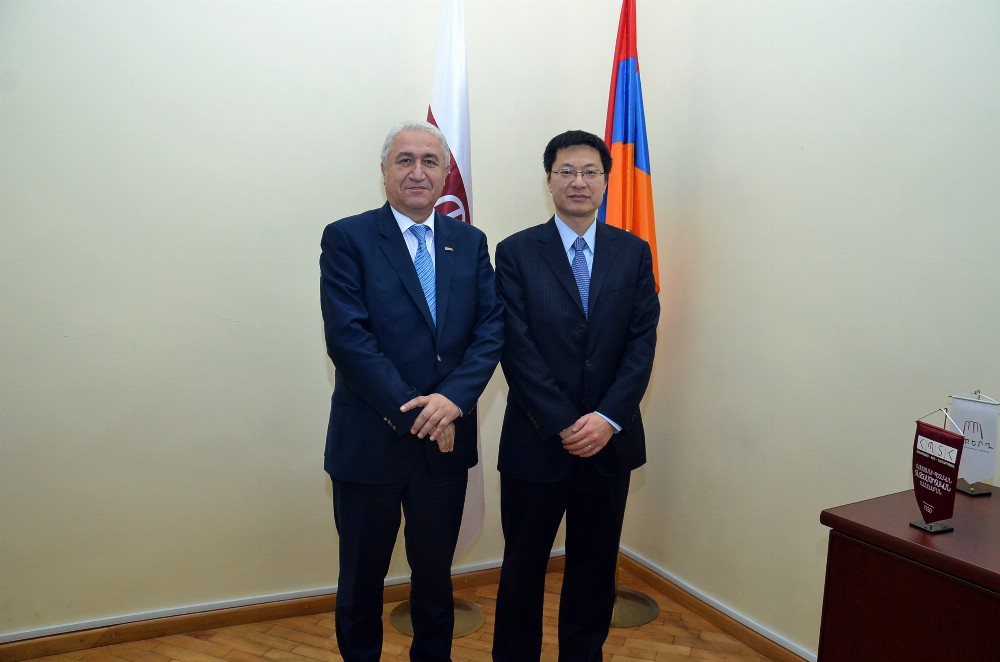 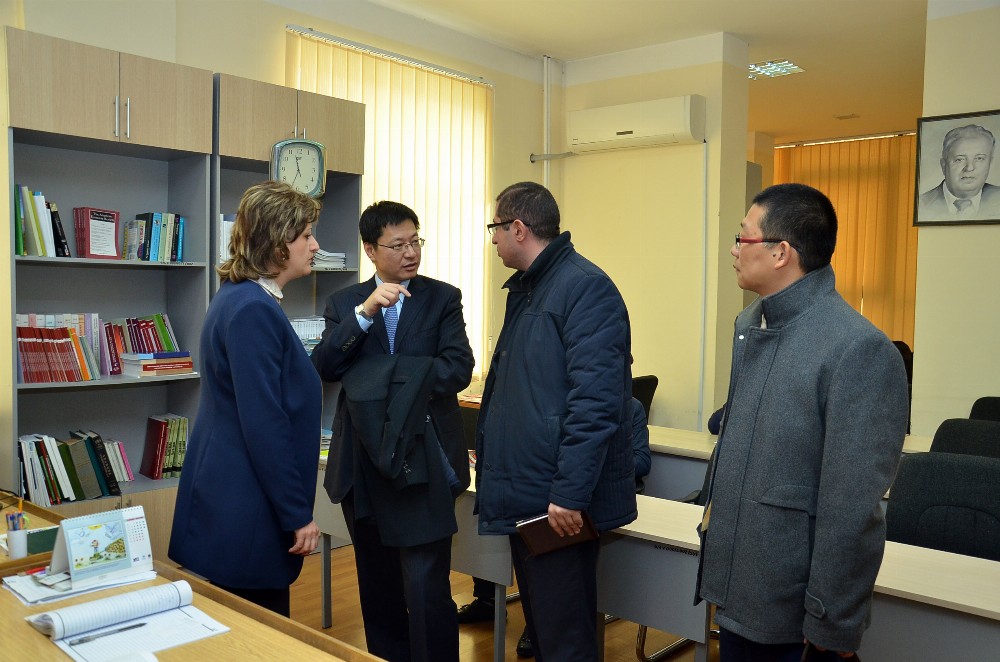 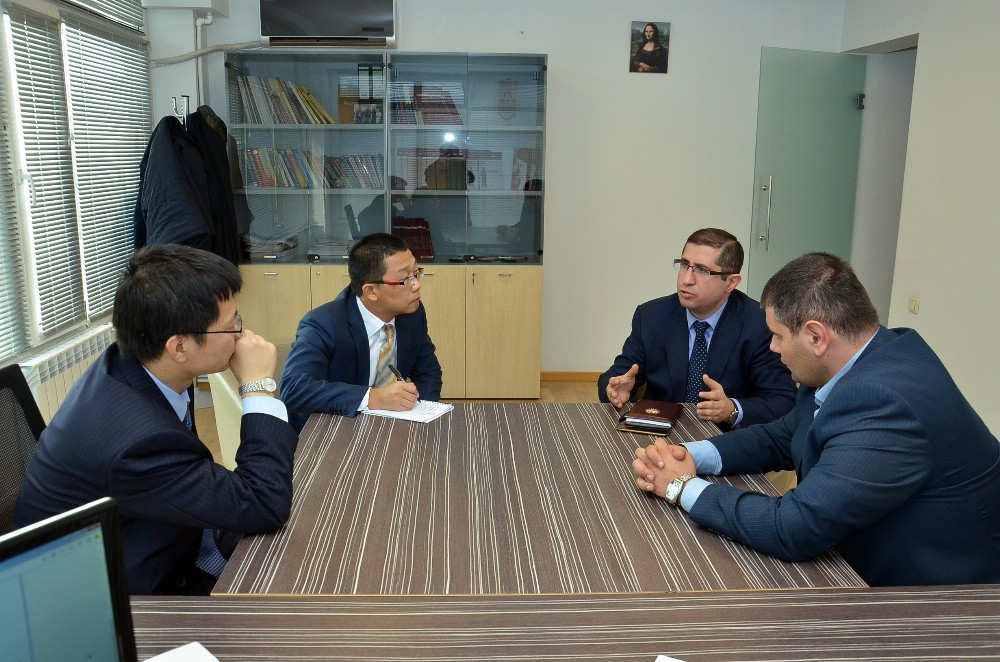 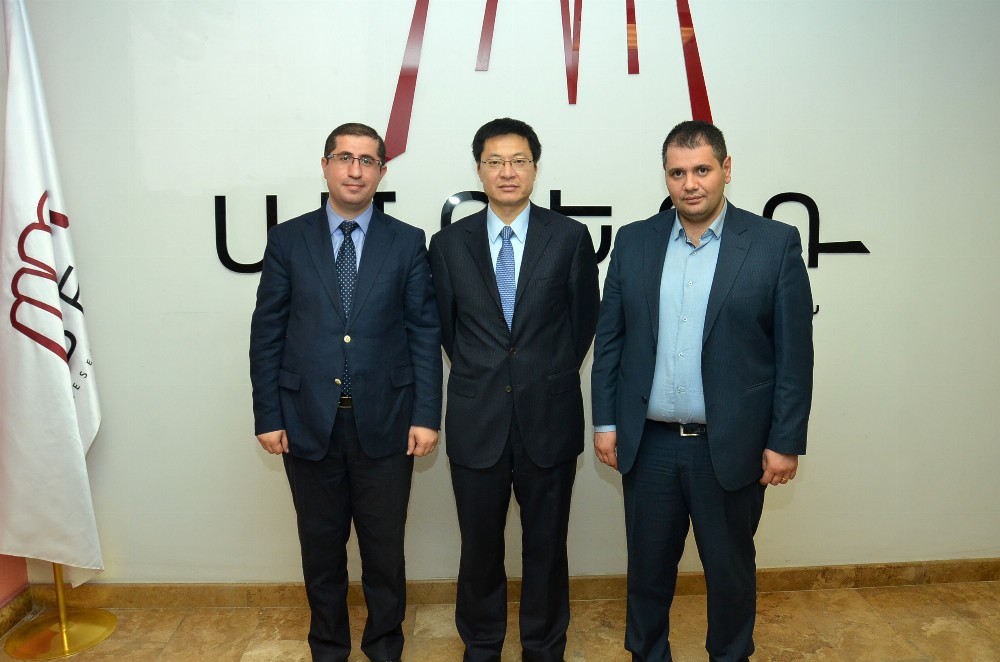 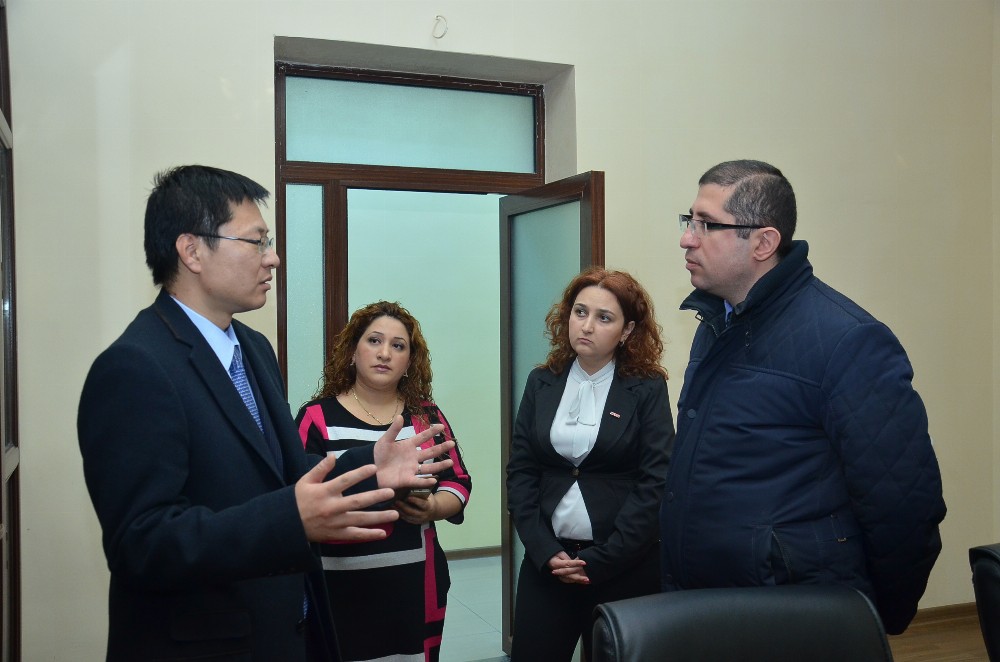 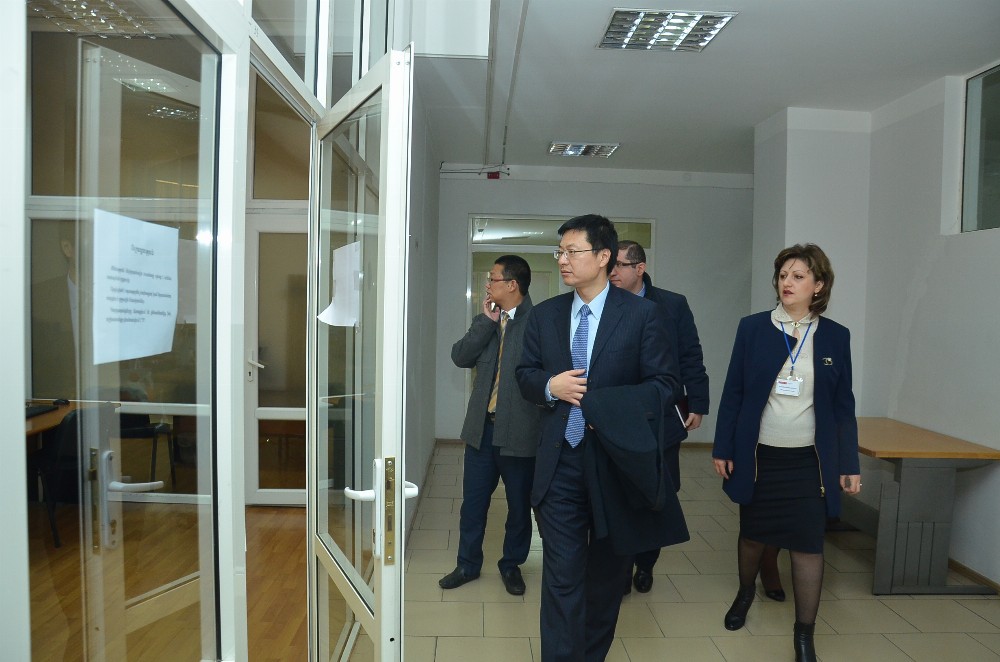 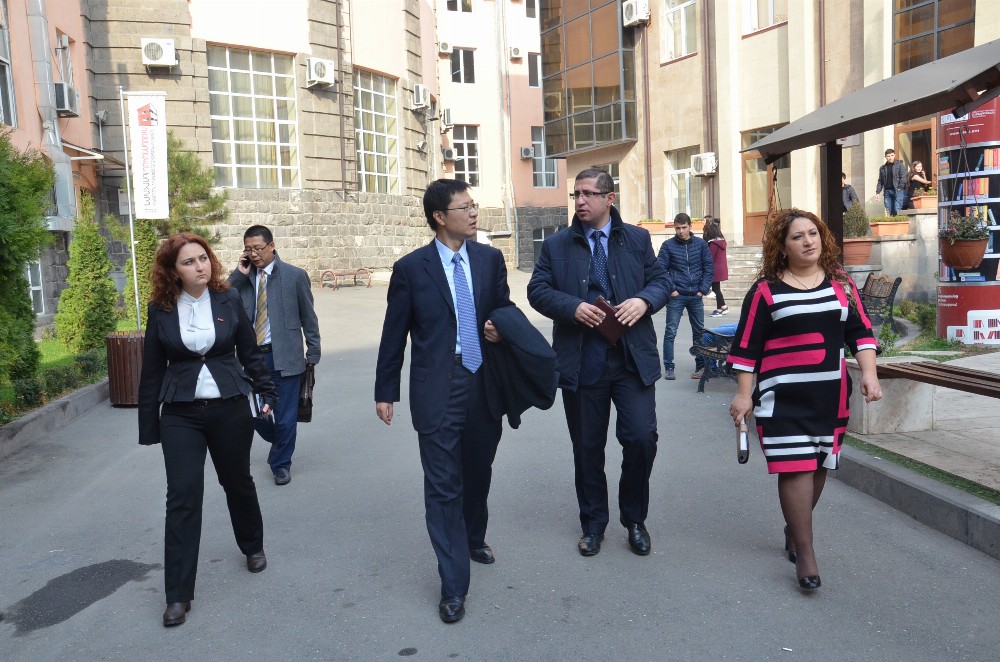 Today, Guo Yu, Advisor to the Embassy of the People's Republic of China (PRC)  and Consul Wang Feng visited Armenian State University of Economics by initiative of Vardan Atoyan, Associate Professor of the Chair of Political Science and Law, ASUE, Deputy Executive Director of  “Noravank”  Foundation.

First, Koryun Atoyan, ASUE Rector, Doctor of Economic Sciences, Professor, hosted the guest in his office. During the meeting a reference was made to Armenian-Chinese relations in many spheres,  bilateral cooperation, as well as cooperation opportunities and prospects of Armenian State University of Economics and Higher Education Institutes of China were discussed.

In the frames of the visit the representatives of the Embassy of the People's Republic of China (PRC) visited ASUE  International Programs Center, University Library, reading halls, computer rooms and digital library, as well as “Amberd” Research Center, where the goal of creating the Center, conducted research, current and ongoing programs, main directions of research  and a dozen of already conducted research were presented.

During the discussions the two sides reached an agreement on further cooperation.