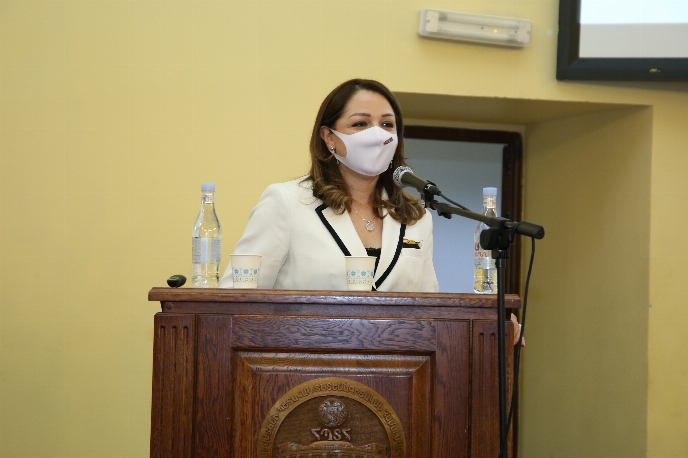 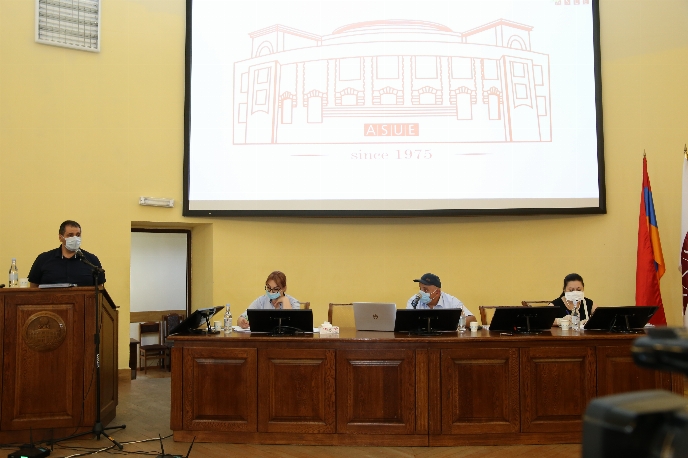 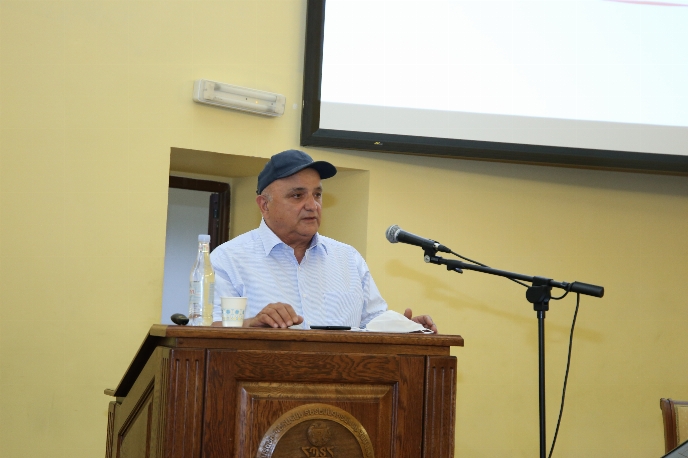 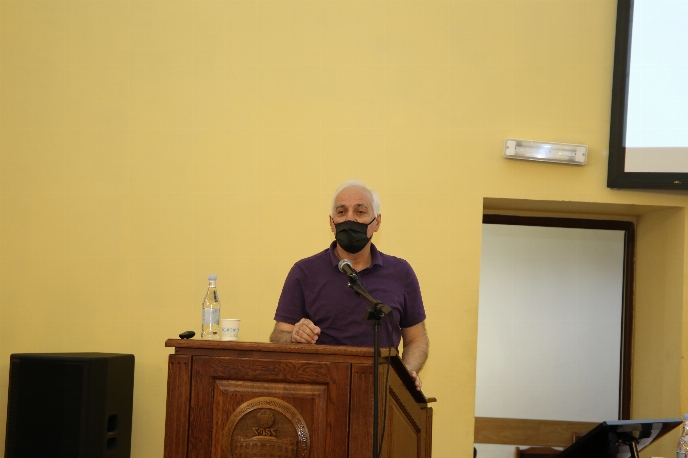 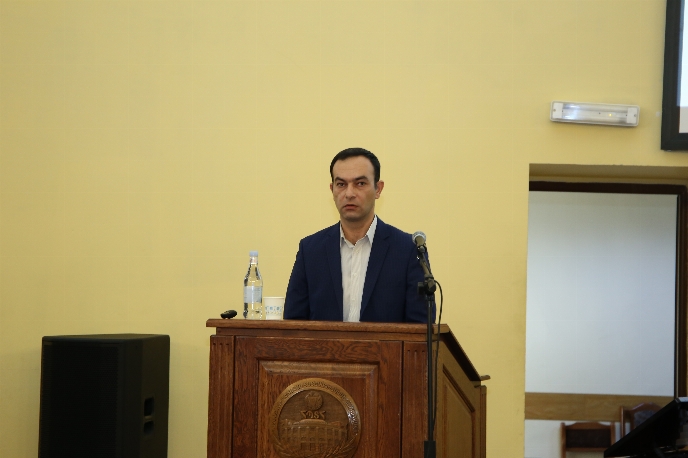 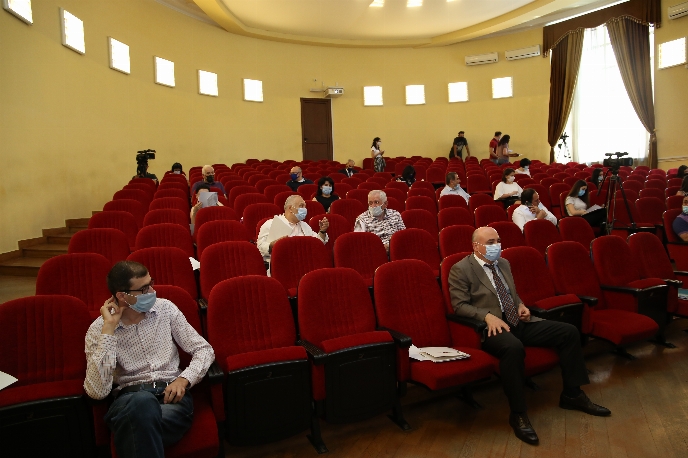 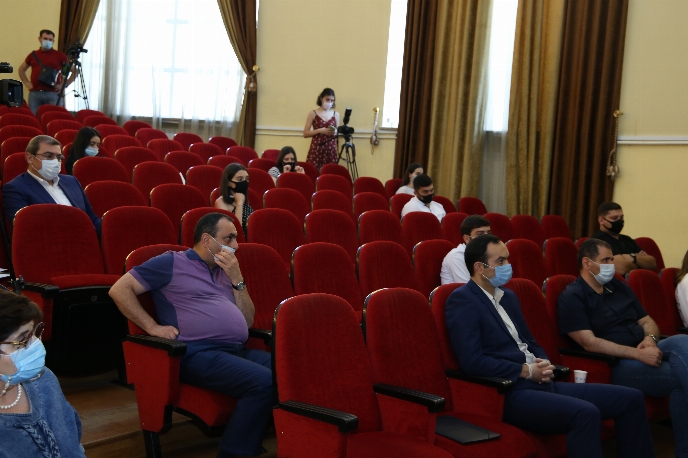 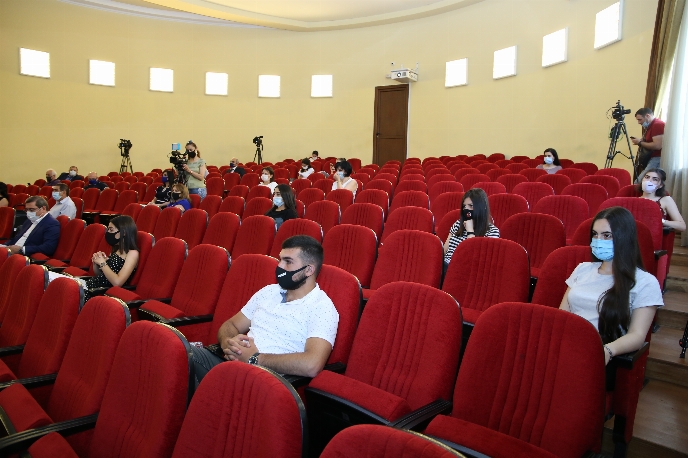 As we have already informaed, today  the sitting of ASUE Board, headed by the Chairman Vahan Movsisyan, and particpation of  27 members, was convened  at ASUE for holding the competition announced for the vacant position of the Rector of "Armenian State University of Economics" SNCO.

Before the beginning of the sitting, Board member, Honorary Head of ASUE Chair, Doctor of Sciences, Professor Aram Sargsyan made a speech, aksed the Board members  a minute of silence before the sitting in memory of Grisha Matosyan, a junior sergeant and student who was fatally wounded by enemy fire in the northeastern part of the border.

Introducing ASUE 2020-2025 developmnet and reform concept Diana  Galoyan noted  that development directions included in the concept is in line with the strategy adopted by ASUE at the moment, but pursues the goals of its improvement, emphasis on competitive advantages, raising the level of professional potential, the realization of which will allow ASUE to position itself as the leading University in the  Armenian market for the upcoming 5 years. "The realization of the main goal of ASUE development supposes the solution of a number of interrelated, interconnected problems in the direction of different components of the quality of education. Problems related to the fields of educational, research, internationalization, management, administration, financial-economic activity, structural-social policy of ASUE activity”; Diana Galoyan particularly stated.

After questions, discussions and speeches addressed to the candidates, the Rector was elected. The Board elected Diana Galoyan as the ASUE Rector with 22 votes  by secret ballot.

Summing up the results, the Board approved the relevant decision.