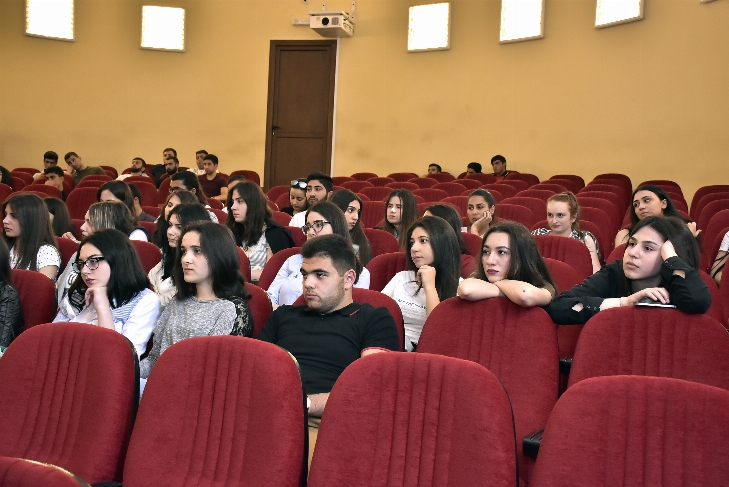 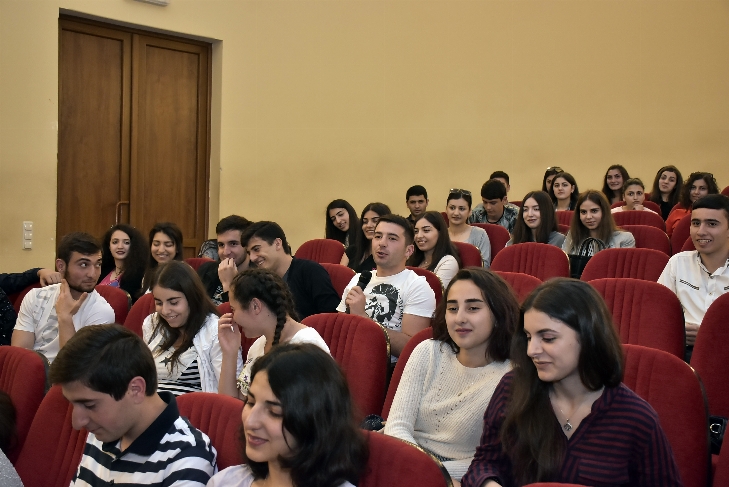 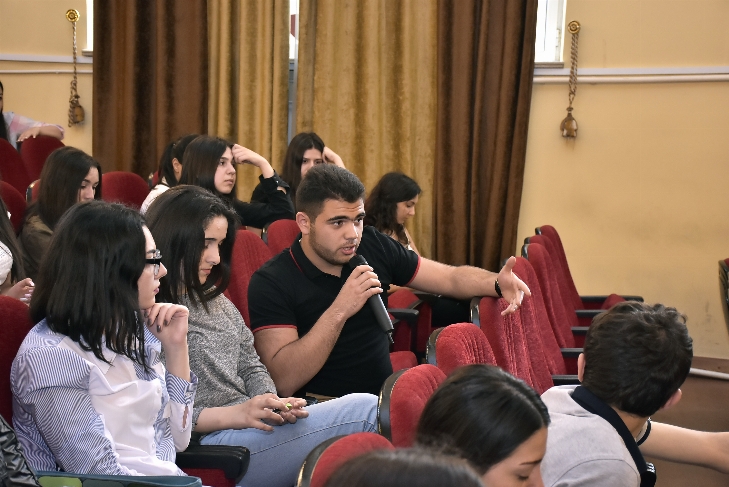 A discussion on university issues was held in the ASUE big hall. The discussion was organized by the ASUE Student Council.

In the first part of the meeting, the Chairman of the Student Council Hovhannes Harutyunyan presented the Student Council activity, reminding that they had met with the students of 6 departments, learnt their problems and presented about 40 issues to the management of the University. The issues were the installation of air conditioners in the classrooms, assing the number of audiences with projectors, the quality of lectures, service of library and access to the book fund, and the organization of experiences. The students were interested whether final exam could be held verbally. Anyway, the students decided that the procedure would not be violated, the exams were held in a defined manner and later there would be a discussion and suggestion.

Summing up the meeting, the Student Council Chairmen noted that the purpose of this meeting was not to discuss political issues, but to solve the student's concerns.