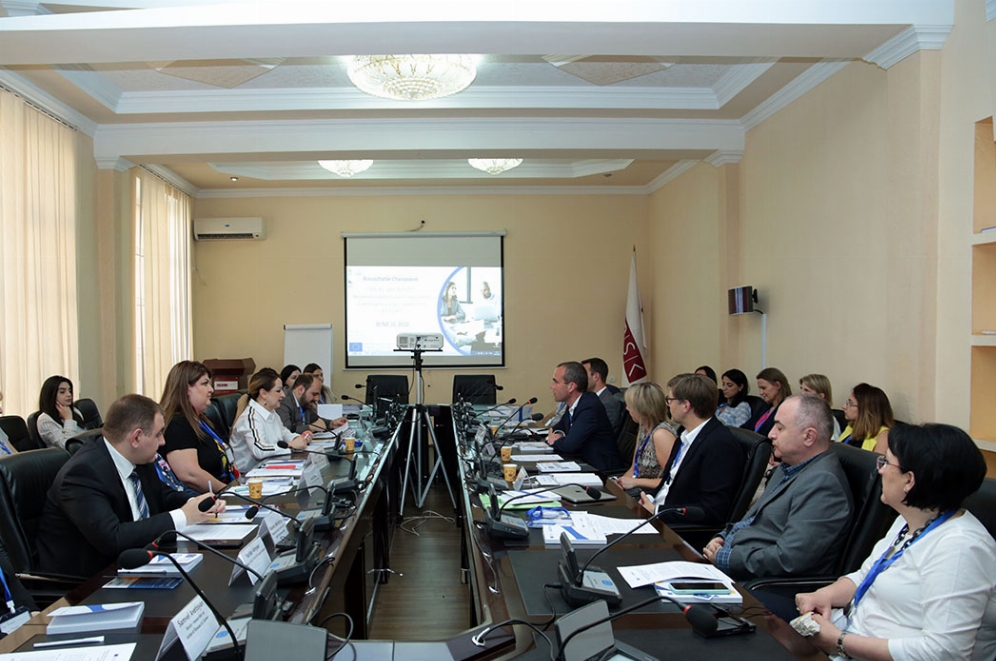 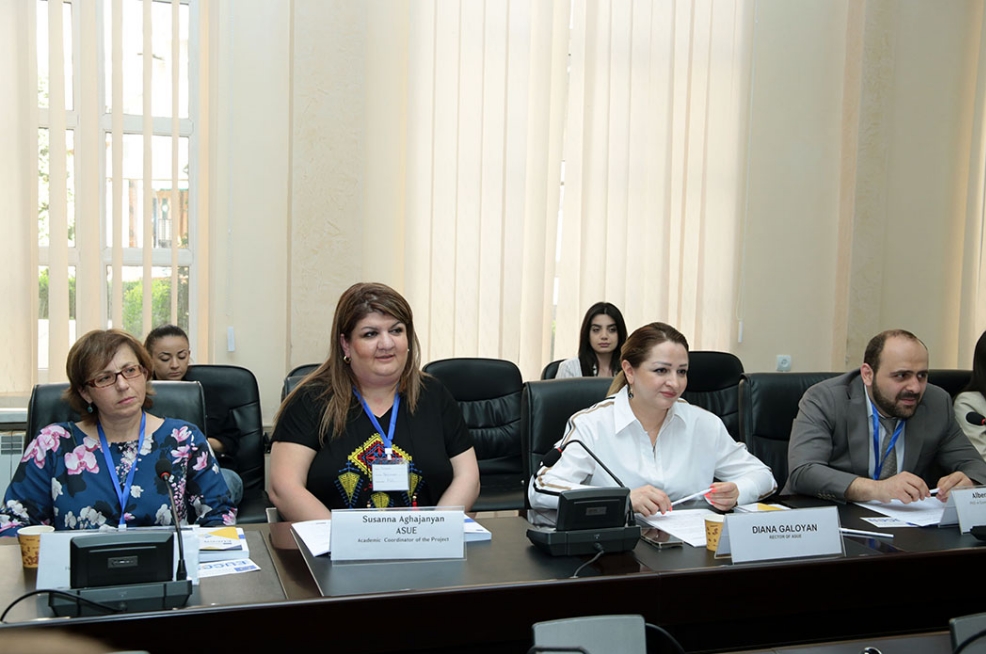 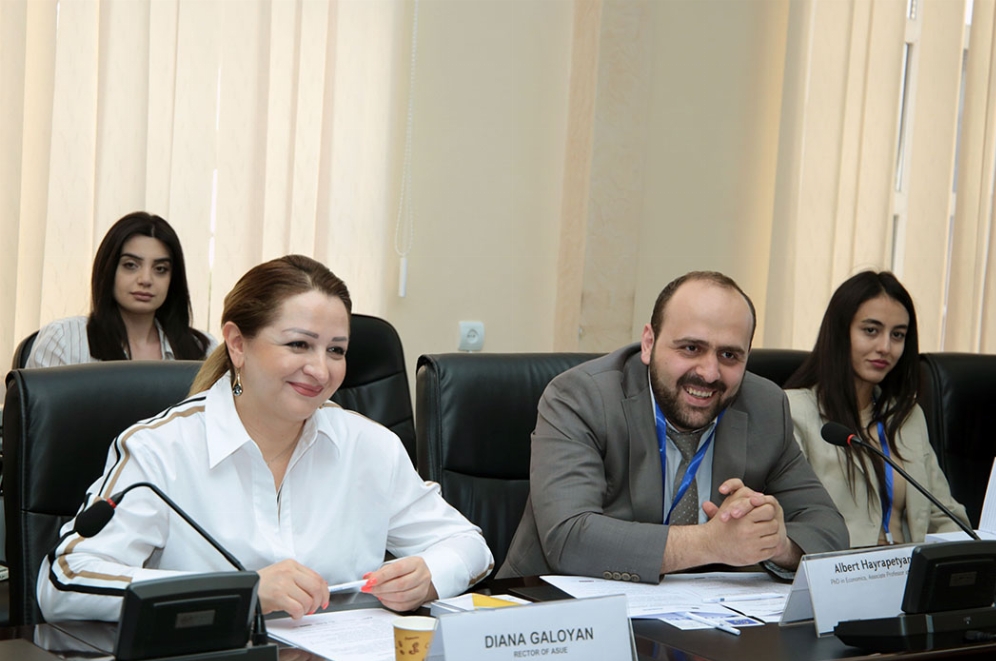 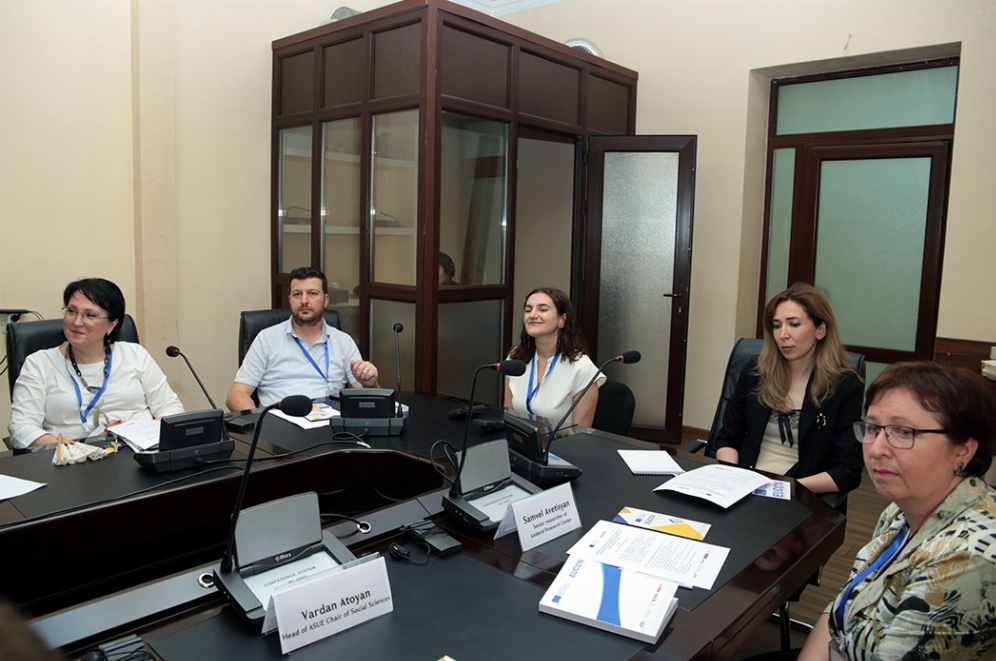 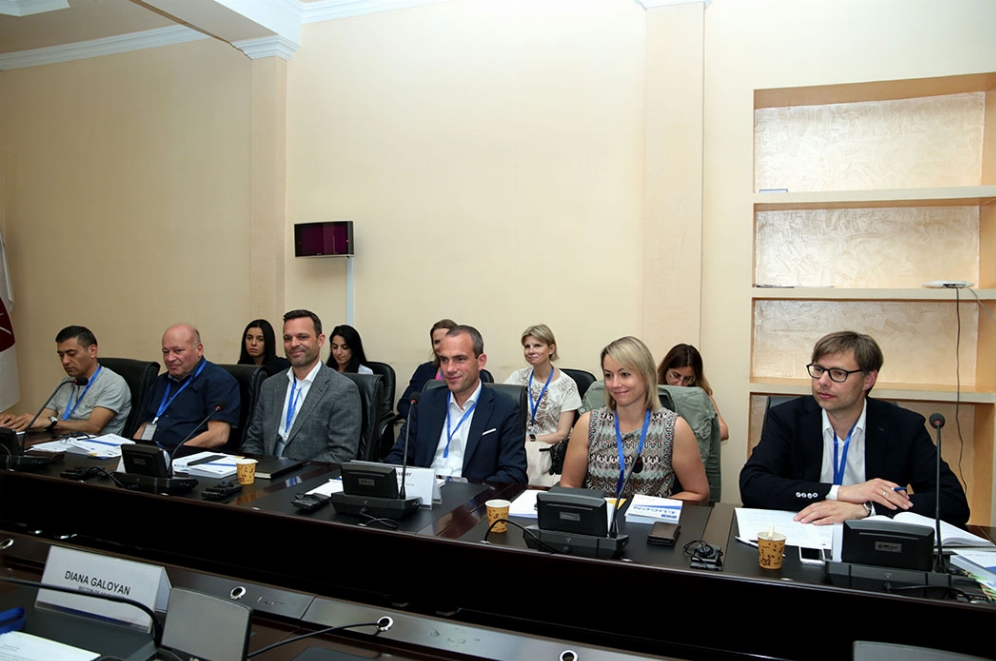 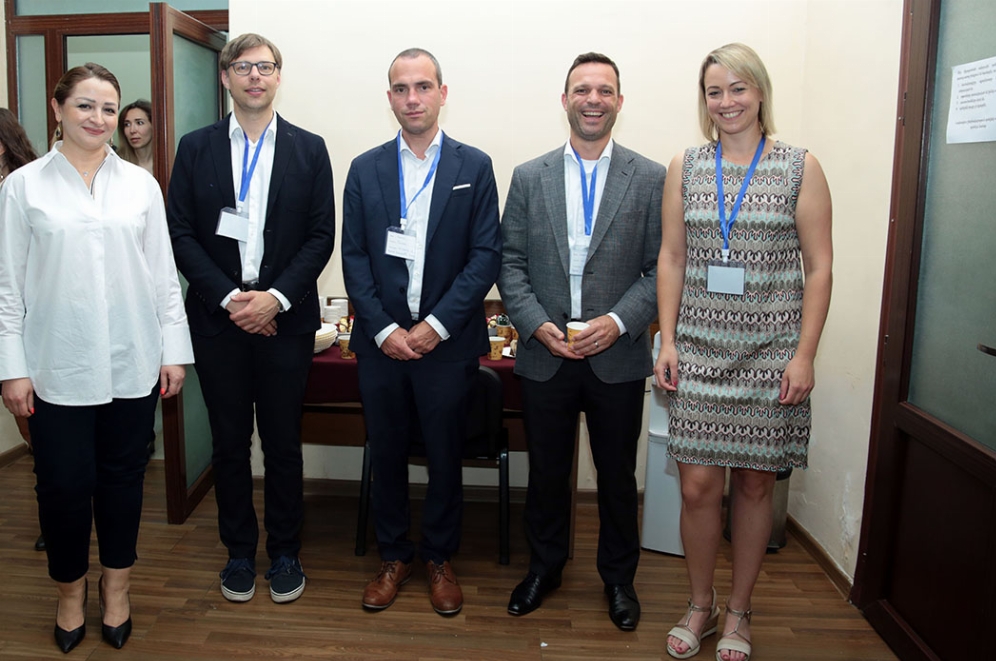 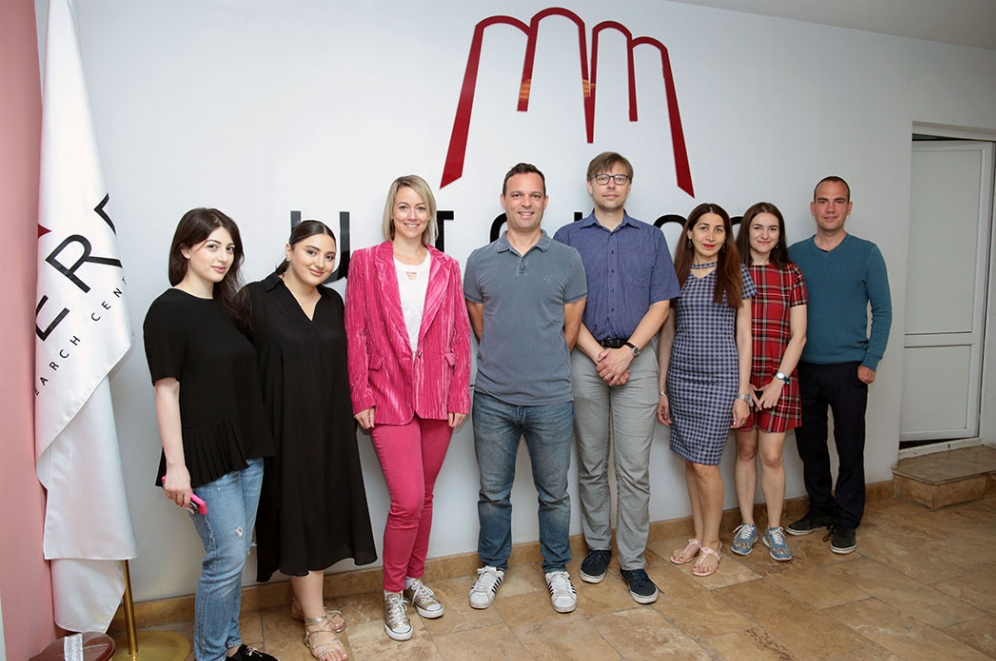 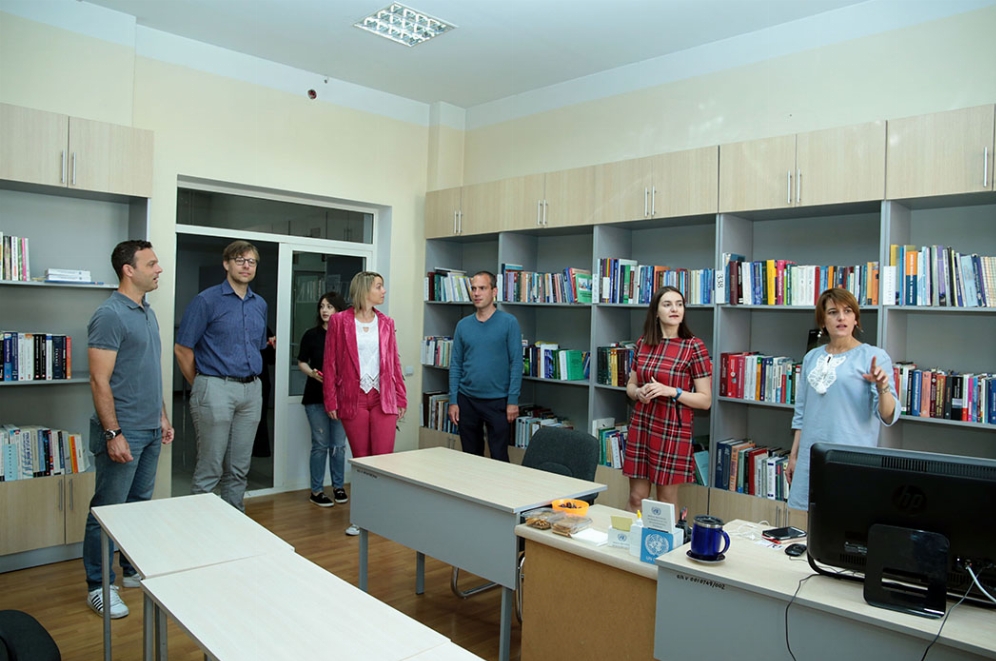 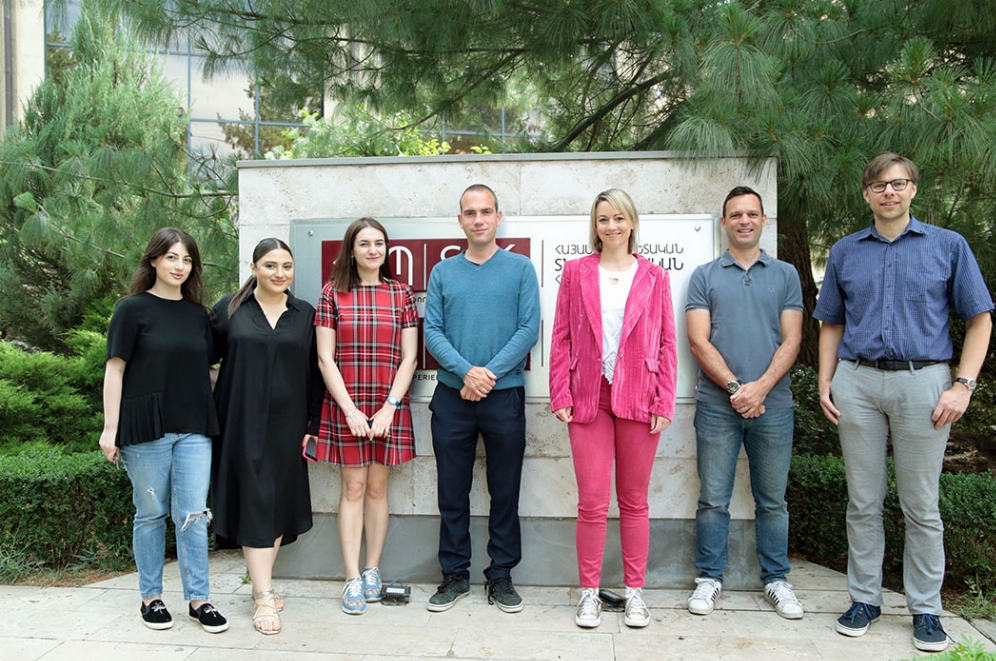 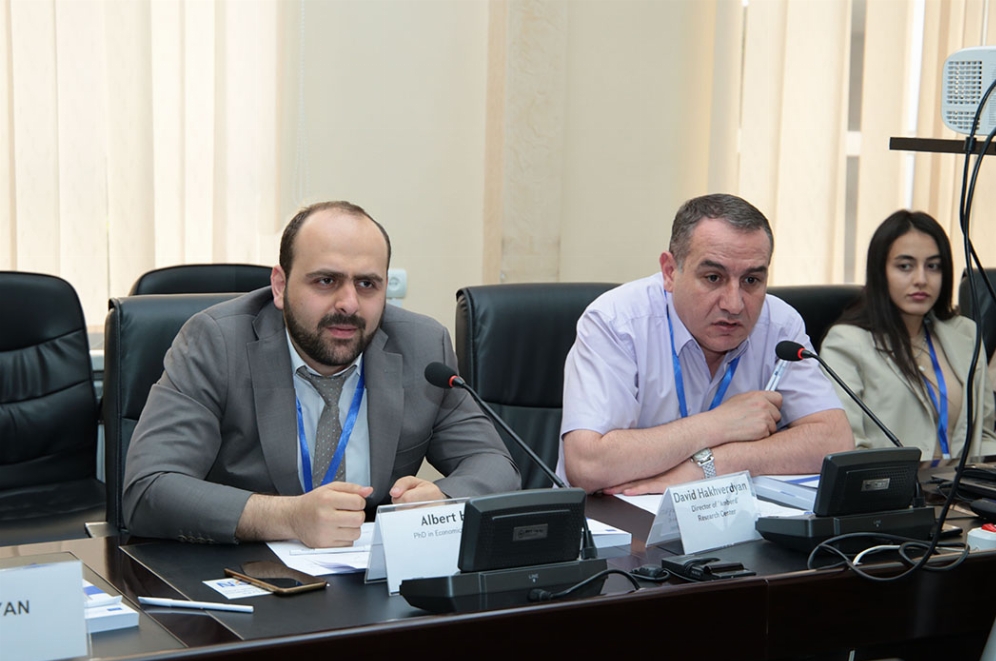 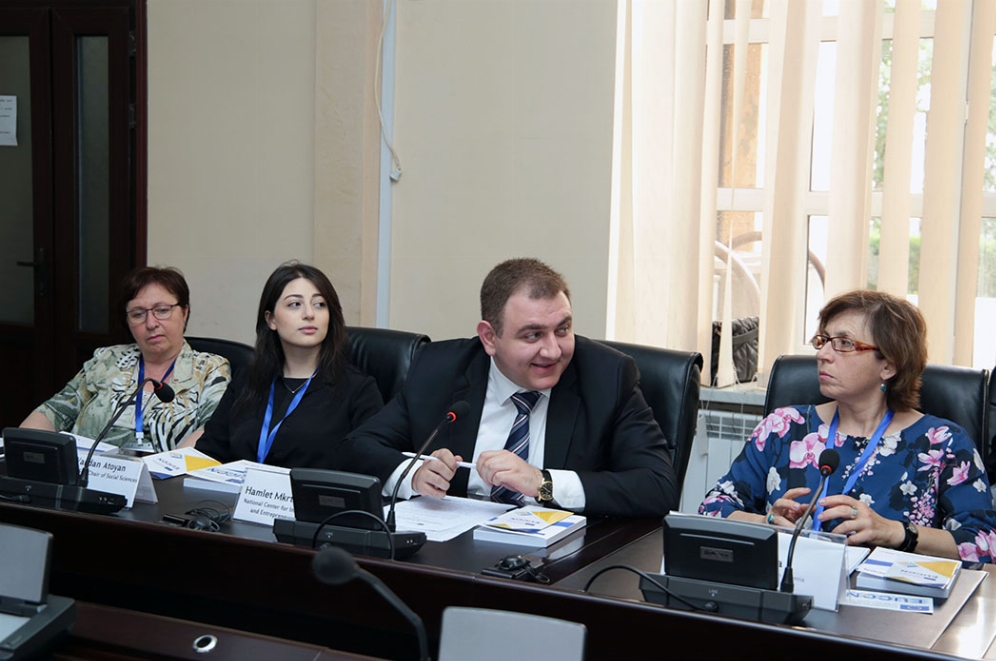 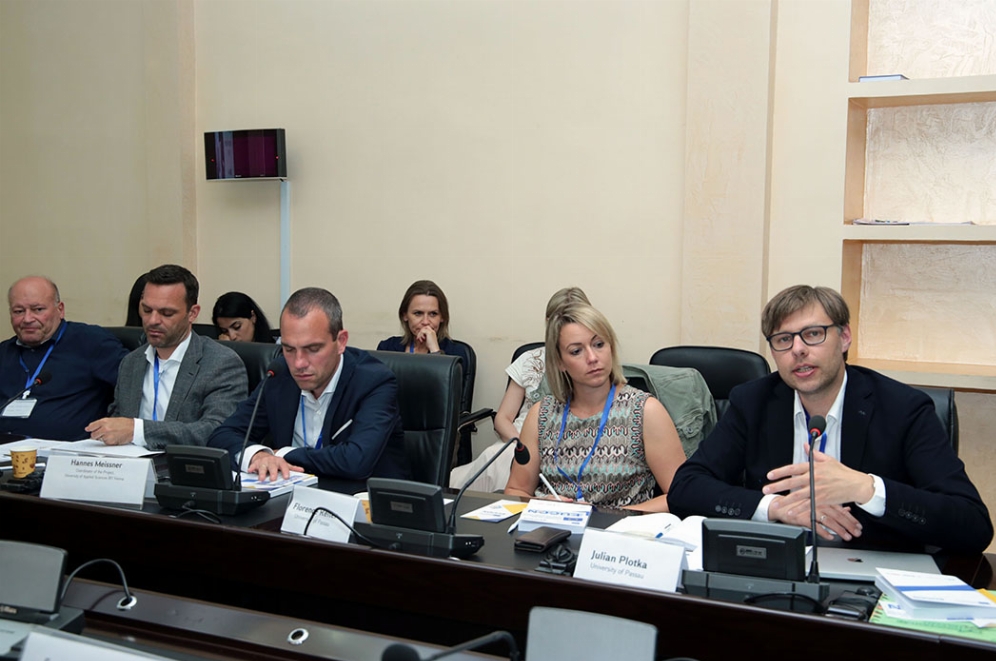 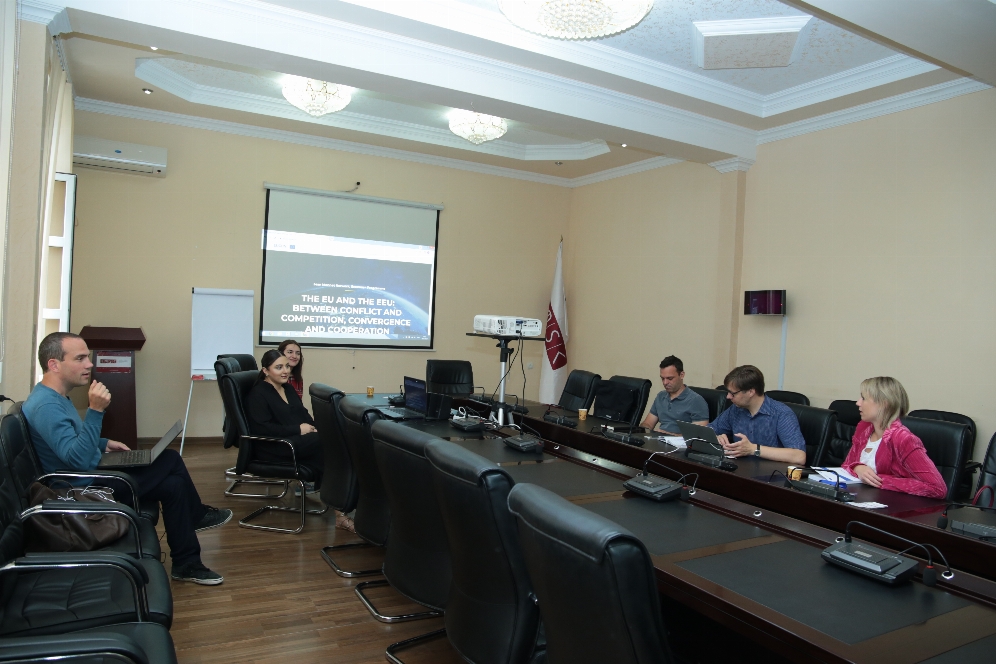 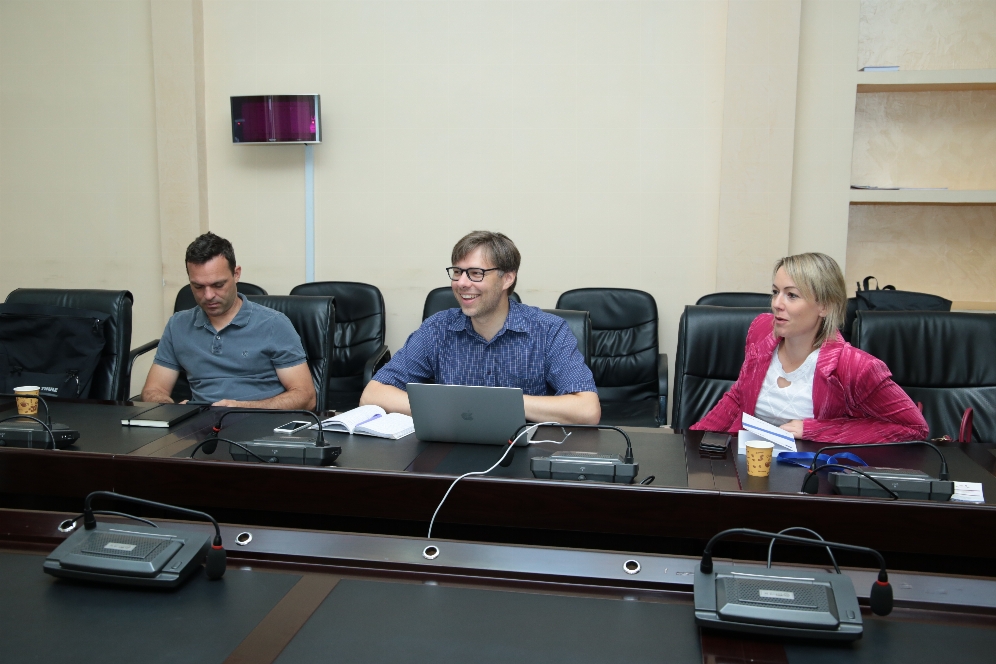 On June 15, at ASUE Tempus Hall, within the frames of the project “The EU and the EEU: Between Conflict and Competition, Convergence and Cooperation (EUCON)”, roundtable discussion took place aiming at the deep and comprehensive understanding of the Armenian foreign policy by means of a debate between prominent experts and scholars. Representatives of academic institutions, students, the management staff of research institutes, researchers, professional groups and civil society representatives (Armenian State University of Economics, National Center for Innovation and Entrepreneurship, Erasmus + National Office in Armenia, University of Applied Sciences BFI /Vienna/, University of Passau /Germany/, Gdansk University /Poland/, and Embassy of the Russian Federation to Armenia) took part in the roundtable discussion. The roundtable discussion was held in 2 sessions: “Armenia as the bridge between EU and EEU” and “Diplomacy of Education and Science” as a complimentary foreign policy tool. ASUE Rector, Doctor of Economics, Professor Diana Galoyan held a welcoming speech, followed by speeches of the manager of Erasmus+ national office Lara Karlova, Professor of University of Applied Sciences Vienna, academic coordinator of the project Hannes Meisner and lecturer of ASUE Chair of IER, PhD in Economics, senior researcher of Amberd Research Center, academic coordinator of the project Albert Hayrapetyan.

At the first roundtable discussion Diana Galoyan presented the project, highlighted its topicality and role and significance of Armenia in the relations between EU and EEU.

Hannes Meisner, Professor of the University of Passau Julian Plotka, Deputy Director of National Center for Innovation and Entrepreneurship Hamlet Mkrtchyan and Albert Hayrapetyan discussed the economic and political consequences of the last events happening in the world. During the second part, Director of Amberd Research Center Davit Hakhverdyan highlighted the significant role of the diplomacy tool in education and science as well as in foreign policy of Armenia. Professor of the University of Applied Sciences Vienna Johannes Leitner, Professor of the University of Passau Florence Reitner, lecturers from Gdansk University Magdalena Mosionek-Schveda and Anna Goleevska, head of ASUE Chair of Finance Levon Barkhudaryan, head of the Chair of Macroeconomics Karen Grigoryan and senior expert of Amberd Research Center Samvel Avetisyan presented their experience and opinion, as well as organized interactive round of questions and answers.

Project participants have met the following day to discuss their future partner programs.

“The EU and the EEU: Between Conflict and Competition, Convergence and Cooperation (EUCON)” is the project of Jean Monnet network and is co-financed by Erasmus+ program.