"Housing as a means of stimulating economic growth": discussion of ASUE scientists-economists 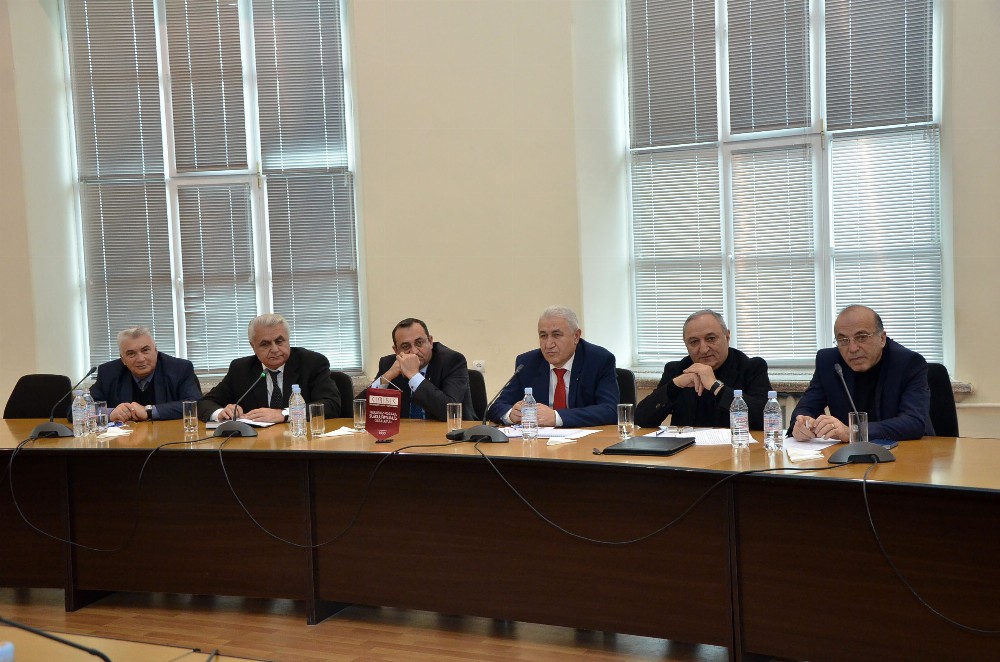 Today, a discussion on "Housing as a means of stimulating economic growth" took place at ASUE, in which at the invitation of the ASUE rector, Professor Koryun Atoyan the deputy of the National Assembly Artsvik Minasyan, the head of the Analytical Center "Alternative" Tatul Manaseryan, economist Vardan Bostanjyan participated.

Opening the meeting the Rector thanked the guests for their participation in the discussion and noted that a research group was formed in the research center "Amberd", which at the request of the Prime Minister of the Republic of Armenia Hovik Abrahamyan, was engaged in the search for ways to enhance and develop the real sector of the economy. As a result, the research team came up with a program that provides for the intensification of the real sector of the economy through housing.

Rector Koryun Atoyan briefly presented the justification and procedure for the organization of the proposed program. According to the rector, housing is the only sphere that allows to form guaranteed demand in the inter market; housing is a system sphere, endowed with a multiplicative and synergistic effect. Presenting the organizational part of the process, Koryun Atoyan said that housing is not considered for the development of business and production, but for activating the real economy.

Artsvik Minasyan, Vardan Bostanjyan and Tatul Manaseryan raised various questions; in particular - How to implement the process? By what financial means the program can be implemented? Can the implementation of the program also cause changes in tax policy, etc.? Questions were also raised by Vice Rector Gagik Vardanyan, "Amberd" research center director Samvel Avetisyan. Rector Koryun Atoyan, who is also the supervisor of the group, as well as members of the research team Associate Professors David Hakhverdyan, Tatul Mkrtchyan, Armen Grigoryan, Karen Hakobyan answered the questions.

Summing up the meeting Rector Koryun Atoyan, said that it was important for the research team, to make sure that the program was acceptable for the professional community, and the process of implementation can be discussed and clarified.