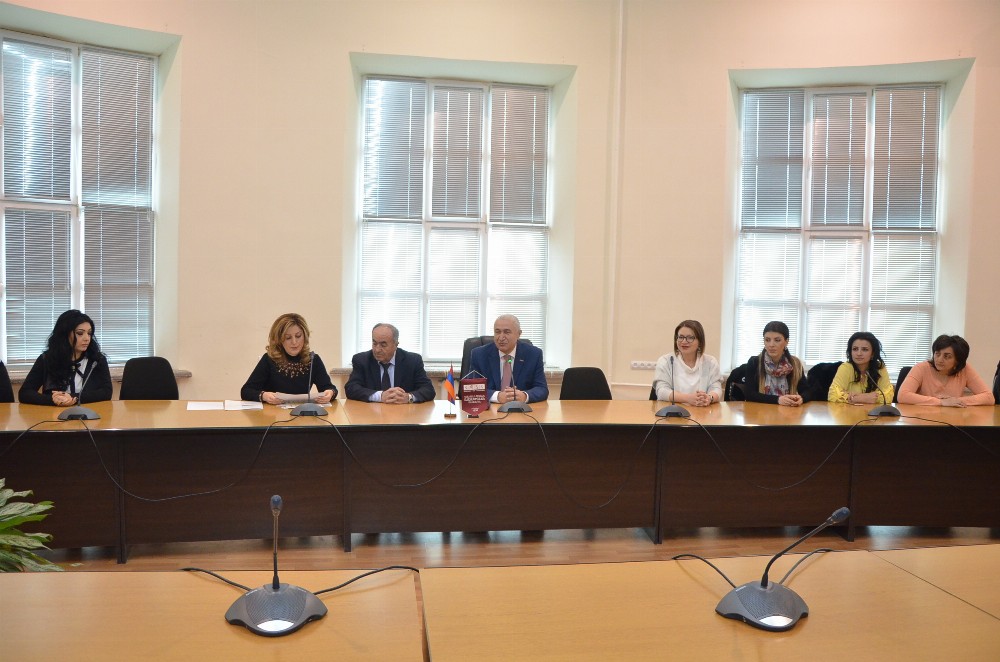 From November 16 to December 18 ASUE conducted retraining courses for lecturers in three directions: financial accounting, analysis and audit; economic and mathematical methods; possession and use of information systems. Certificates of lecturers who participated in the courses were handed today. The event was attended by Rector Koryun Atoyan, ASUE Vice-Rector on education-organizational matters Mihrdat Harutyunyan, a leading expert of Lifelong andFurther Education  CenterAida Arustamian.

Rector Koryun Atoyan welcomed the participants and noted that retraining of lecturers is very  important for the University.

"Of course, it would be even better if the training had been organized, for example in foreign leading universities, but there are a number of obstacles for it. We tried to start retraining process at our university, because it is also a requirement of the law ", - said the Rector Koryun Atoyan, inviting lecturers to discuss a number of issues and come up with proposals.

Rector Koryun Atoyan told to consider voiced proposals during the organization of further courses, then pointed out three important things to improve the qualitative properties of the lecturers: retraining, participation in scientific work and scientific conferences. After the meeting, the rector awarded certificates to the recipients.

In an interview with us Aida Arustamyan noted that 24 lecturers had attended retraining courses.

Note that the courses were conducted both by our university and invited lecturers.