Performances of the “Club of the Funny and Inventive” summed of 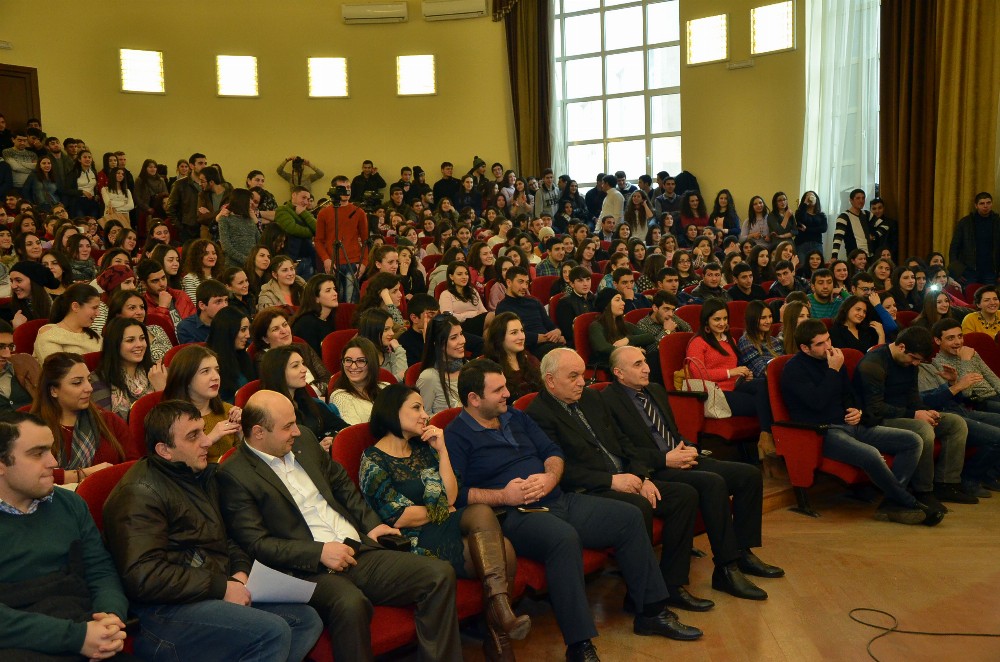 Today, in the great hall of ASUE competitive performances of KVN (Club of the Funny and Inventive) continued. Performances were made by Management Department, Department of Regulation of Economy and International Economic Relations, Department of Statistics and Information Processing. The representatives of the academic staff were following the performances.

The teams made interesting, funny and musical performances. The performances made an enthusiastic mood.

Note that tomorrow "Student Autumn 2015" will conclude. Gala concert will kick off at 14.00pm, during which the winners will be announced.

Thus, the winner of Sport and Cultural Festival will be determined by the total of earned points.