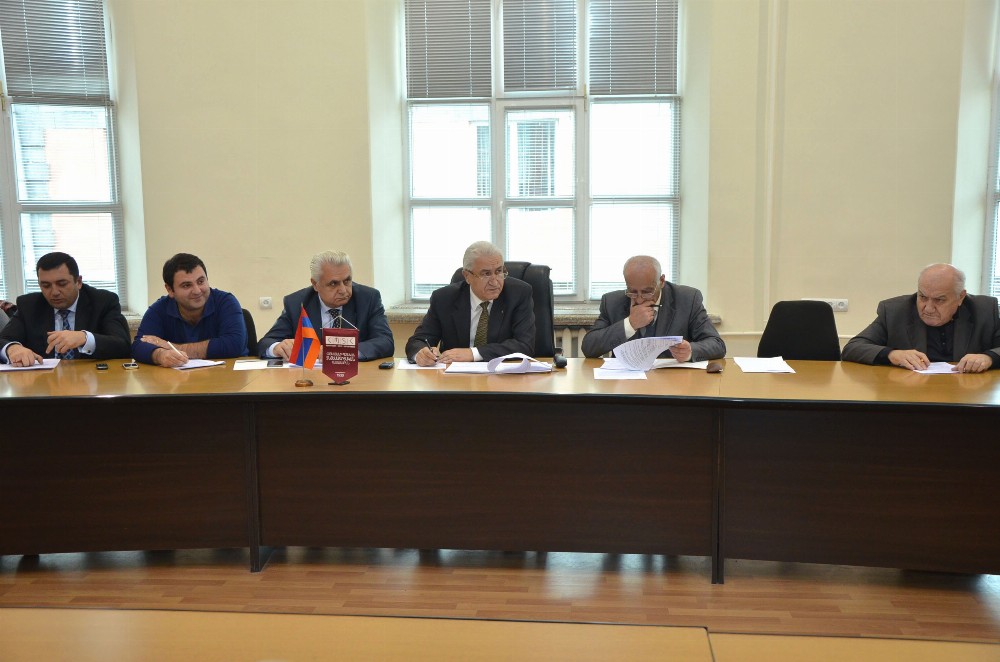 According to the second issue of the agenda, the vice rector presented the preliminary results of educational program development, noting that this process is not only a requirement of new educational programs, but is also scheduled in ASUE action plan improvement. Council members discussed this question.

Rector Koryun Atoyan presented for discussion and approval the ASUE order of support of newly formed families and young parents. The Scientific Council unanimously approved it. The rector noted that the order would enter into force after the day of approval.

At the end of the session University Rector Koryun Atoyan encouraged everybody to participate at ASUE conference entitles "Knowledge, Innovation and Development" actively and in orderly manner.