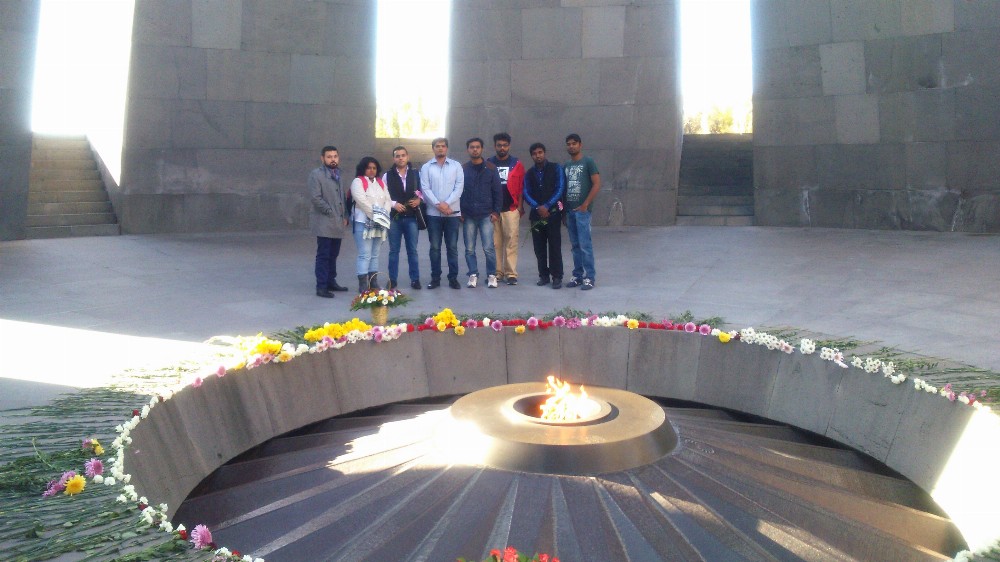 On behalf of the foreign students, a citizen of India Prashanth Umapathy left a note in the book of memory, which in particular states: "The trip to the Genocide museum was indelible. The history and the path to freedom was depicted in the most bewildering way possible, (being an Indian myself can connect to the patriotism). It is a shame that the events are not recognized throughout the world, word has to spread recognizing this beautiful country for what it is and for those who have sacrificed a lot for the nation”.