.A visit to a military unit: army-society relations are strengthening 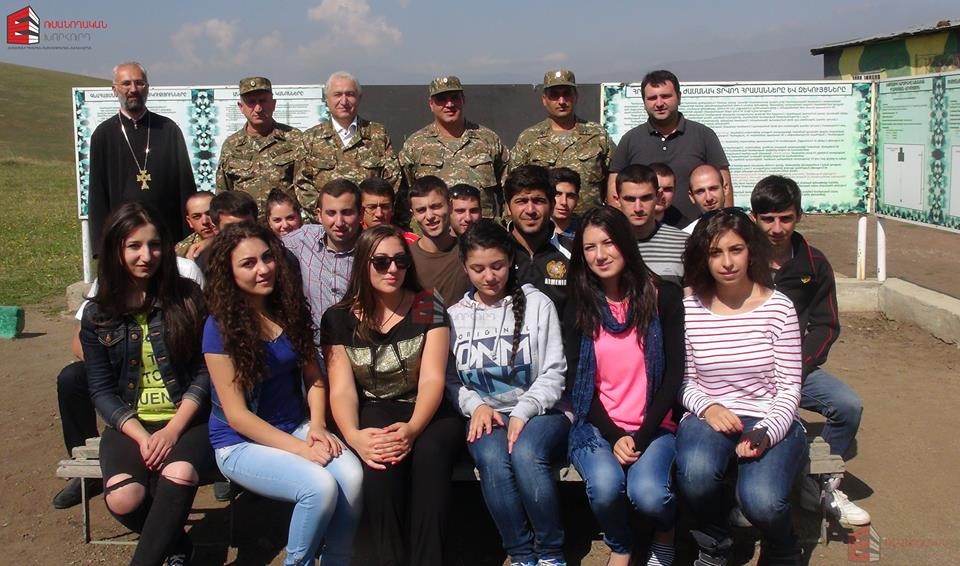 A group of ASUE students headed by Rector of ASUE Koryun Atoyan and accompanied by Vice-Rector on Students and Alumni Affairs Sevak Khachatryan, as well as the chairman of SC Sergey Kharatyan visited one of the units of Armenian Armed Forces at Chambarak yesterday.

This is what Rector Koryun Atoyan said about this event during the conversation with ASUE Media and Public Relations Division: "Strengthening the close relationship between army and society has a mutual beneficial role for patriotic education of young generation. Soldier feels the support of his own people and young generation gets a sense of responsibility and duty towards the motherland standing next to determined soldiers. It was great to make sure one more time that the fighting spirit of victorious Armenian Army soldier is high. We met some of our students who are performing their military duty with honor”.

The rector noted that such visits would be continuous. University authorities, Student Council, students are willing to be next to the soldiers for every occasion.

Note that this event was dedicated to the 24th anniversary of Independence of RA and was carries out jointly by ASUE Student Council and Youth Foundation of Armenia.