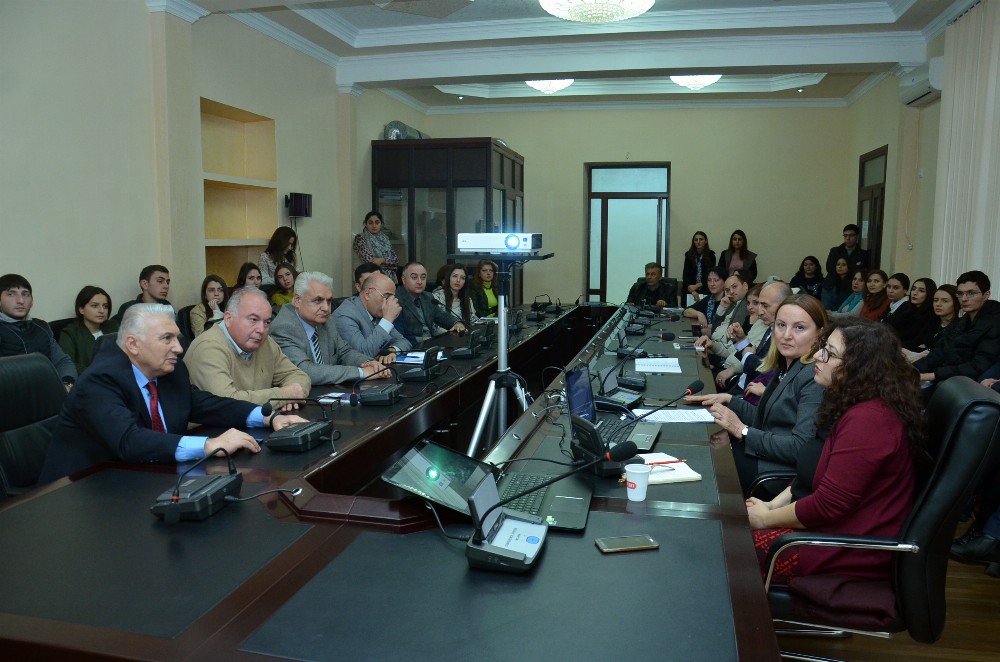 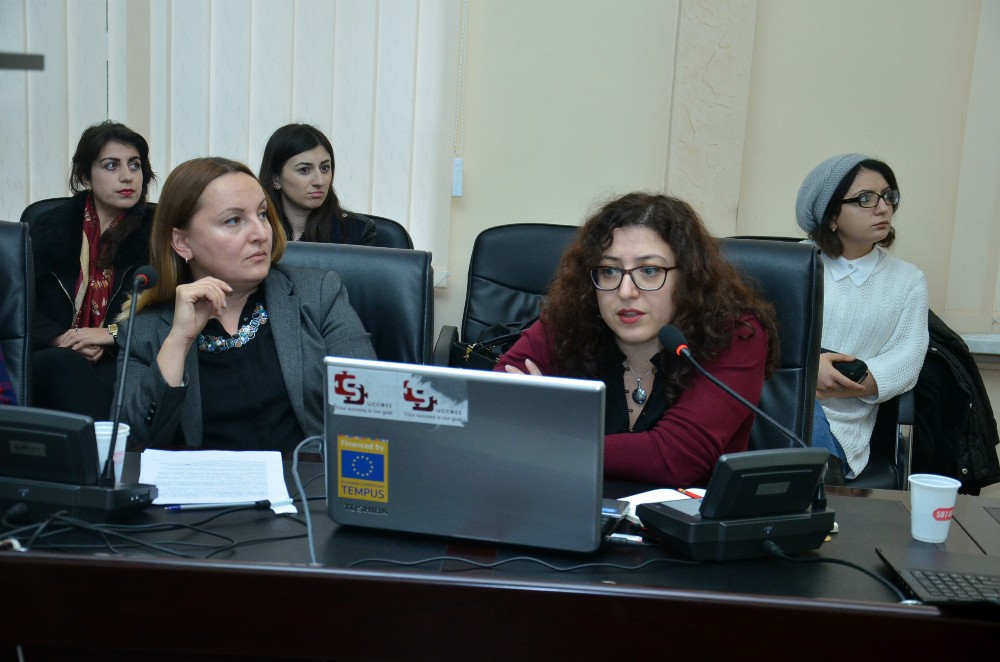 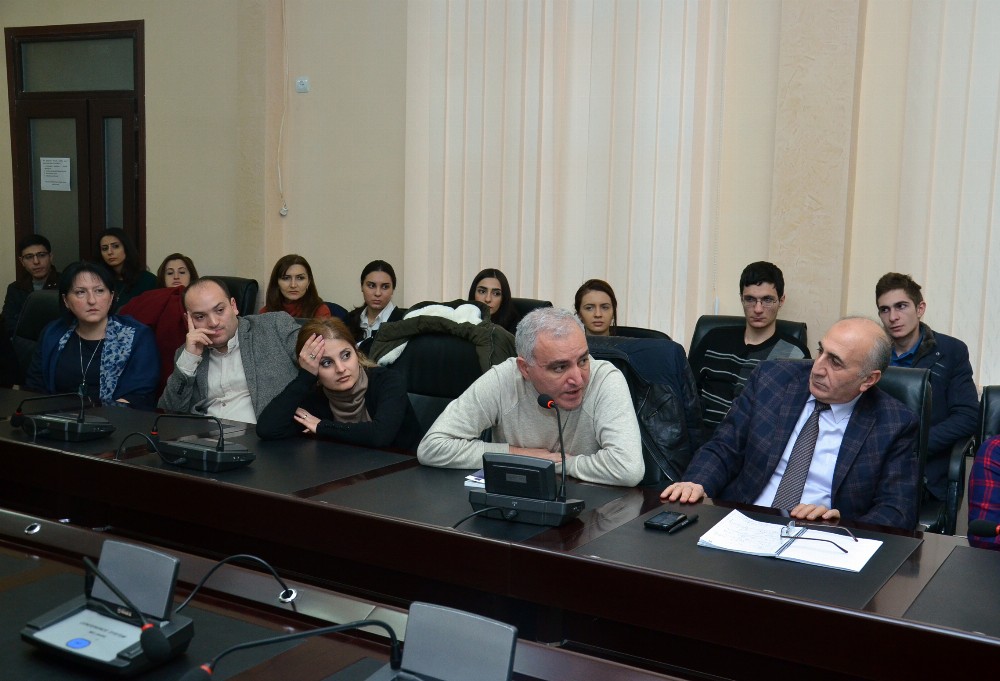 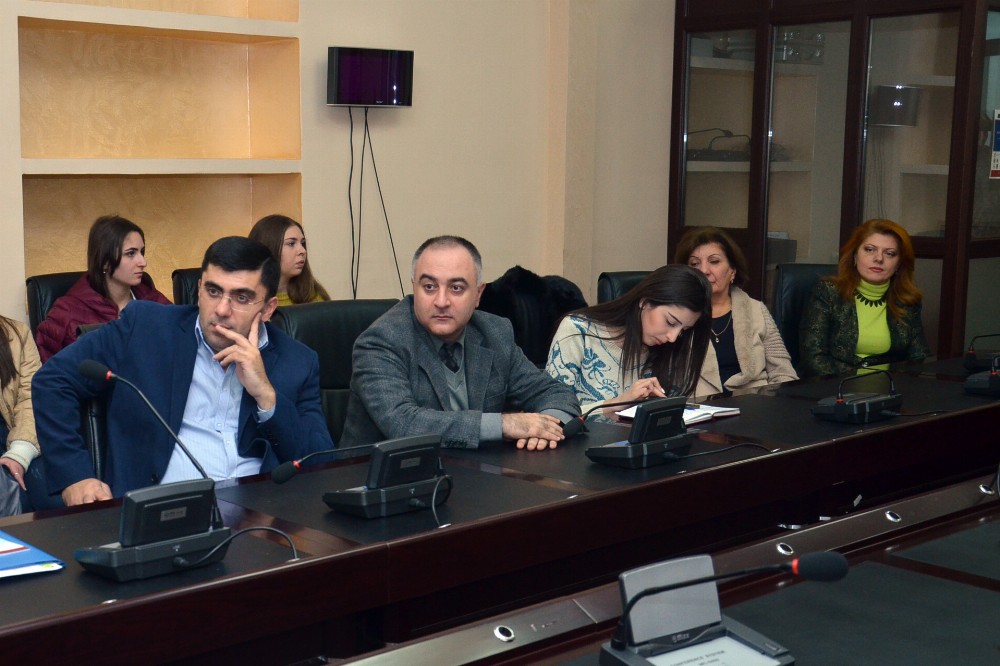 Today’s roundtable discussion on “The Inflation and the  Social Impact in the RA” was the  last  one of the  annual Conference of the University of Economics, which was  attended  by Gagik  Vardanyan, Vice Rector  of  Science  and International Relations, Heads  of scientific-educational laboratories, members  of  academic  staff, researchers, PhD  and  Master’s students.

The  meeting is  coordinated  by Yelena Manukyan, Director of “Social Research” scientific-educational laboratory, PhD in Economics, Associate Professor, who was the  first  to report on social  impacts  of inflation.

Karine Harutyunyan, senior researcher of the above mentioned laboratory, PhD  in Economics,  went on presenting the topic  and  referred  to the inflation of butter market.

The current topic for wide sections of the society caused great discussion, ASUE economists made clarifications on inflation.

Note, that the outcomes  of  annual conference will be summed  up tomorrow.