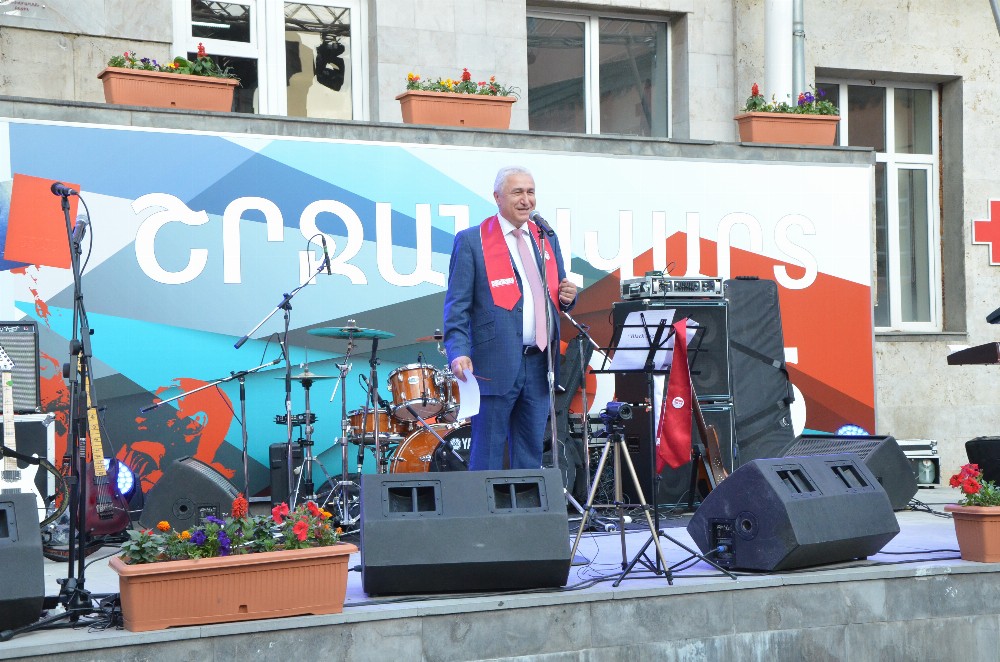 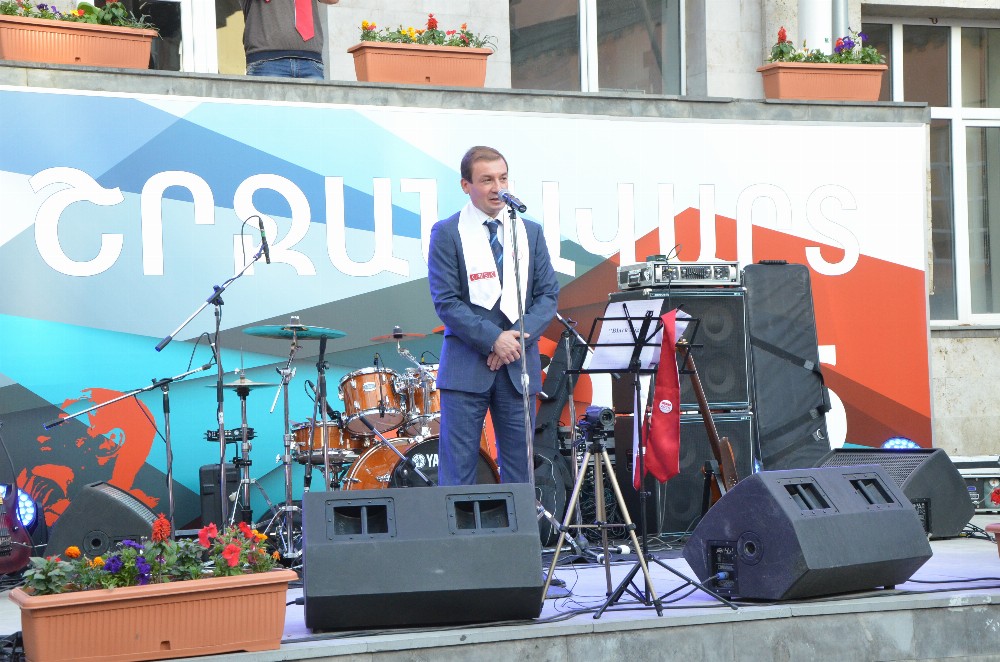 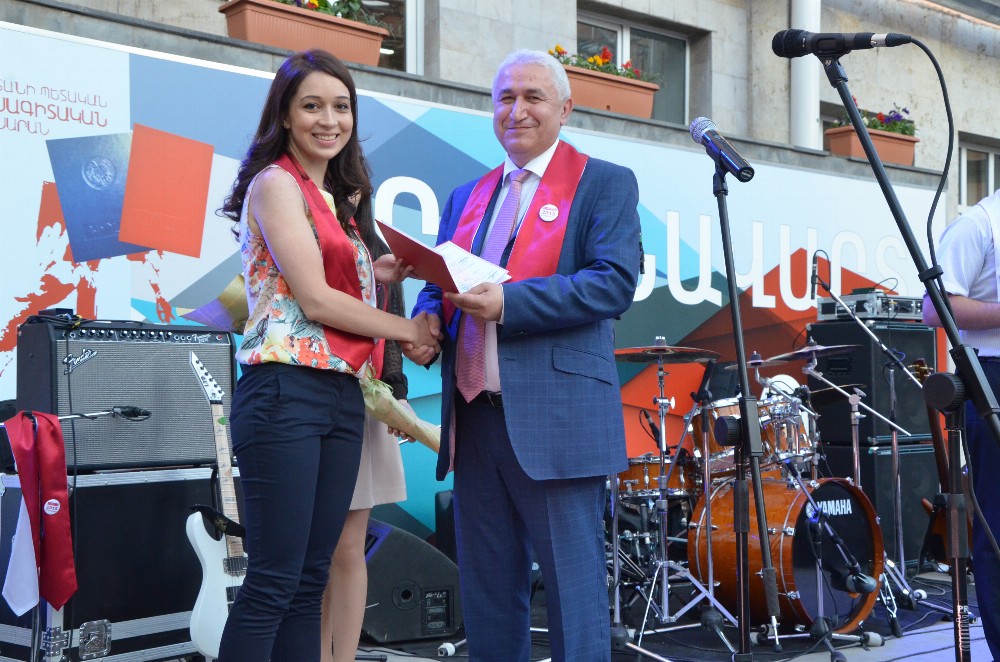 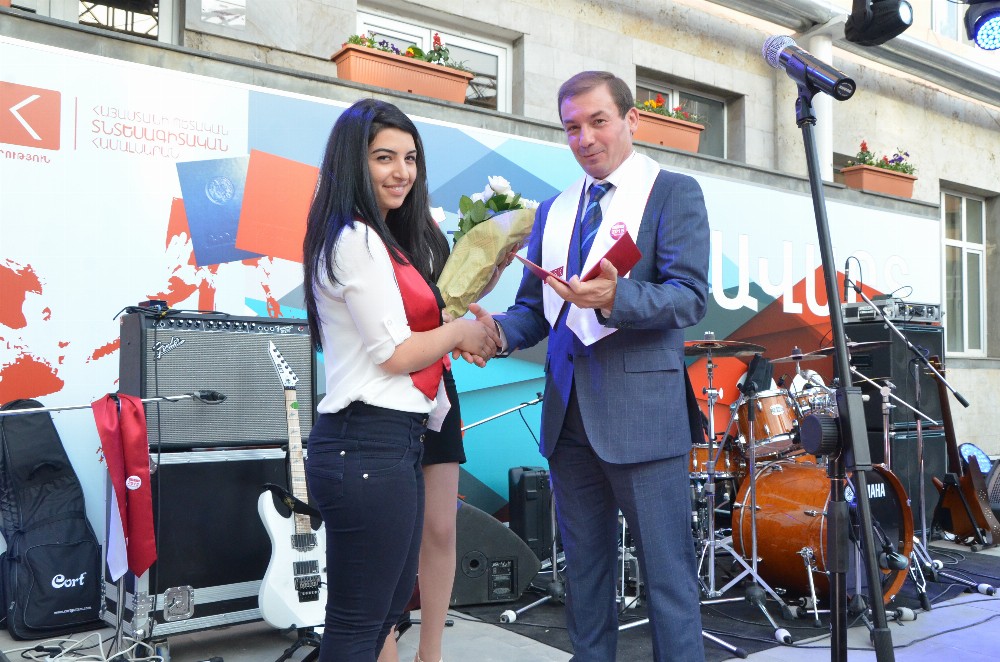 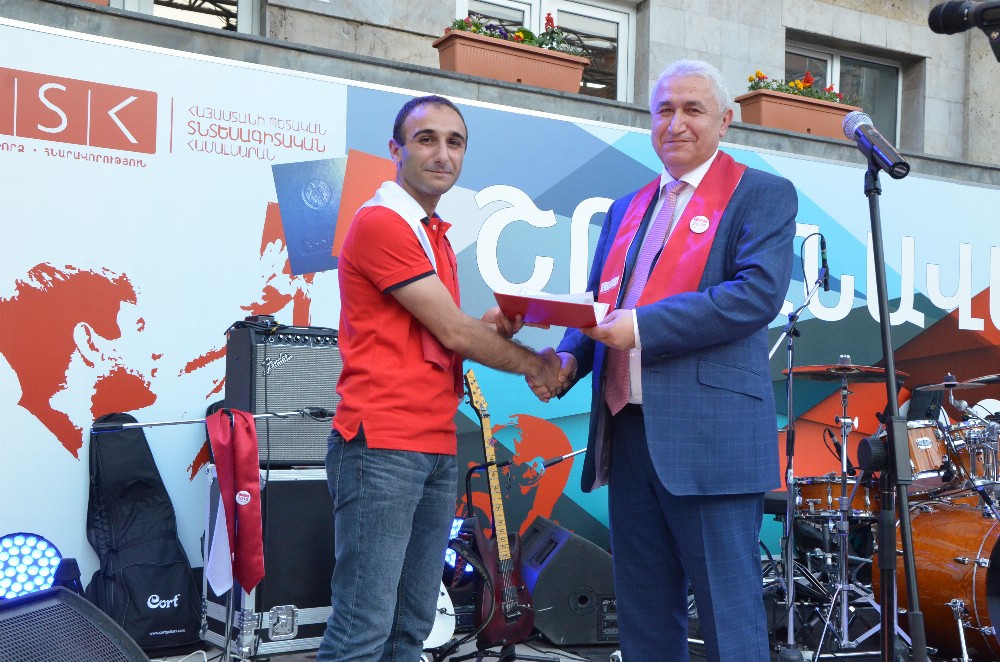 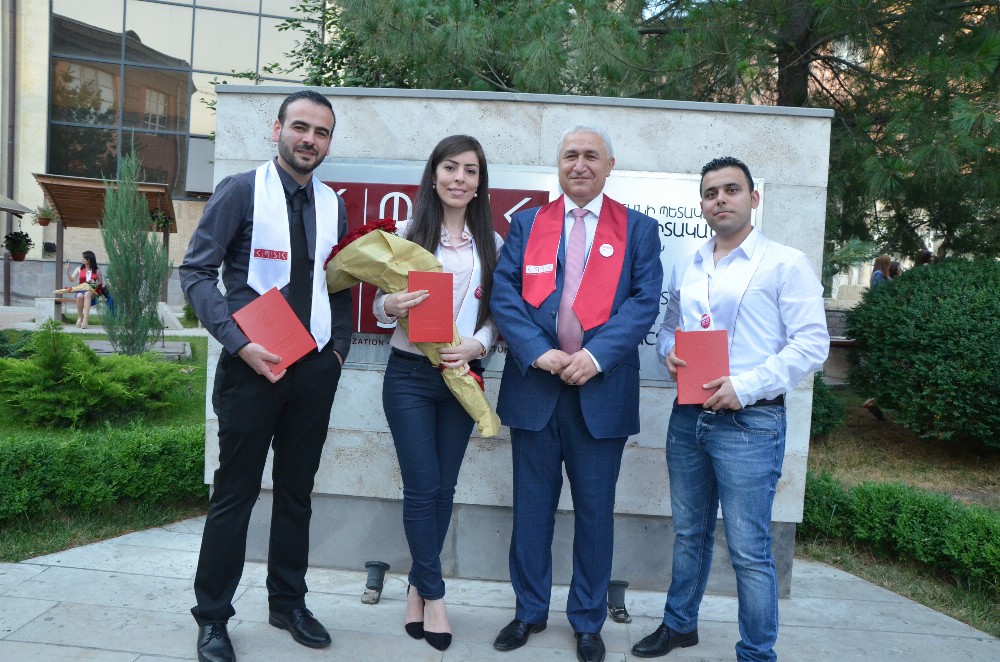 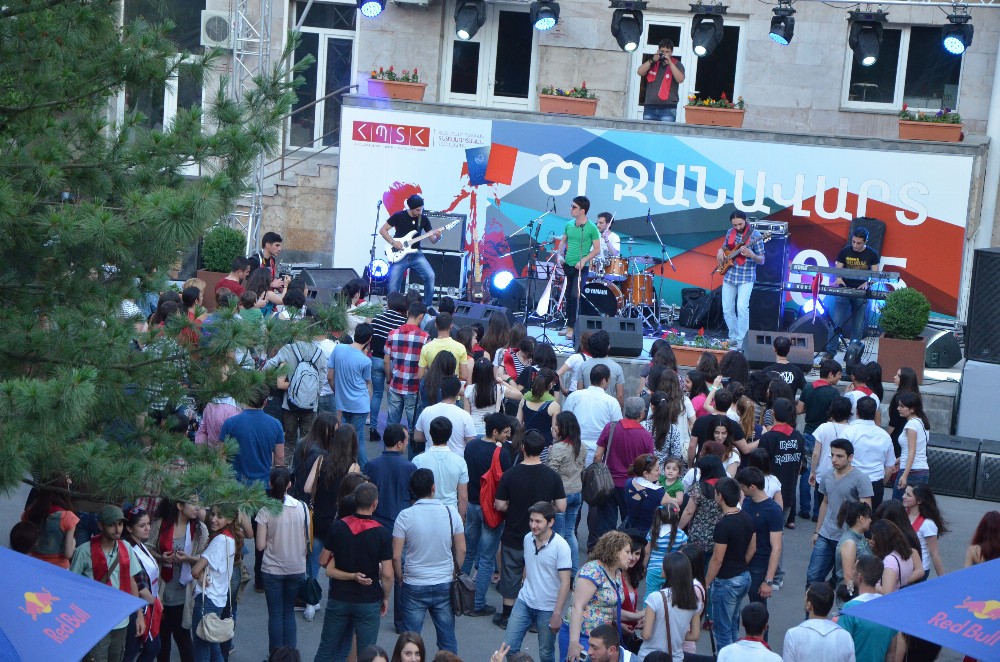 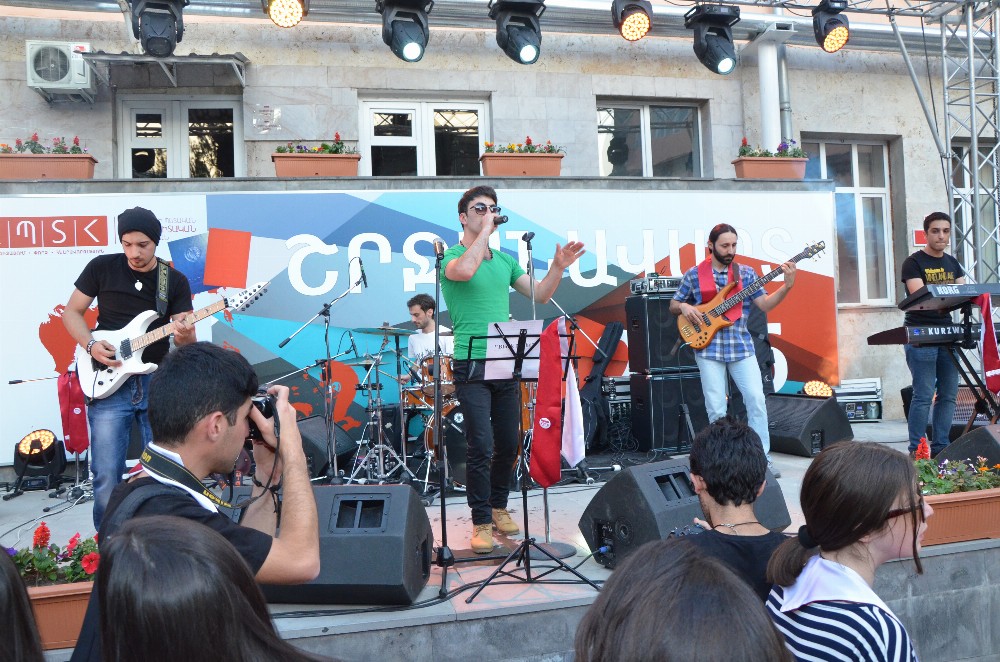 ASUE backyard had a festive atmosphere today, full of emotions, memories and attractive episodes. Everyone was breathing happiness near "ASUE Graduate 2015" banner and was wearing traditional ASUE scarves. In such atmosphere the University saw off the graduates of 2014-2015 academic year. The ceremony was attended by the ASUE Rector, Professor Koryun Atoyan, chairman of NA Standing Committee on Science, Education, Culture, Youth and Sport Artak Davtyan, vice-rectors, deans, faculty members, students and graduates.

"The diploma of an economist is not only an honorable qualifications, but also a very demanding profession nowadays. In your face we see our future", said chairman of NA Standing Committee on Science, Education, Culture, Youth and Sport Artak Davtyan.

ASUE Rector, Professor Koryun Atoyan came up with a congratulatory speech“Each year at this time we appear on this traditional crossroad and experience unique feelings, as we accompany the next generation of university graduates to the big life. Historically and traditionally education was the highest value for Armenians, as it was the spiritual identity for progress, state and prosperity of our country and nation” said the Rector, adding that thanks to our government today education and science are given a major role. Different flexible social support mechanisms are implemented for students, institutions of higher education meet the current challenges enabling students to get a higher education in their home country. Koryun Atoyan wished health, fulfillment of goals, good will to the graduates and urged not to lose the ties with the beloved University. Find the full text of Rector's congratulatory speech by the following link, http://goo.gl/uvS6G8:

Good luck to you, dear graduates.

PS. Tomorrow a series of photos will be presented.