April 6 exams postponed to April 11 with the same schedule: a regular session of Rectorate Board took place 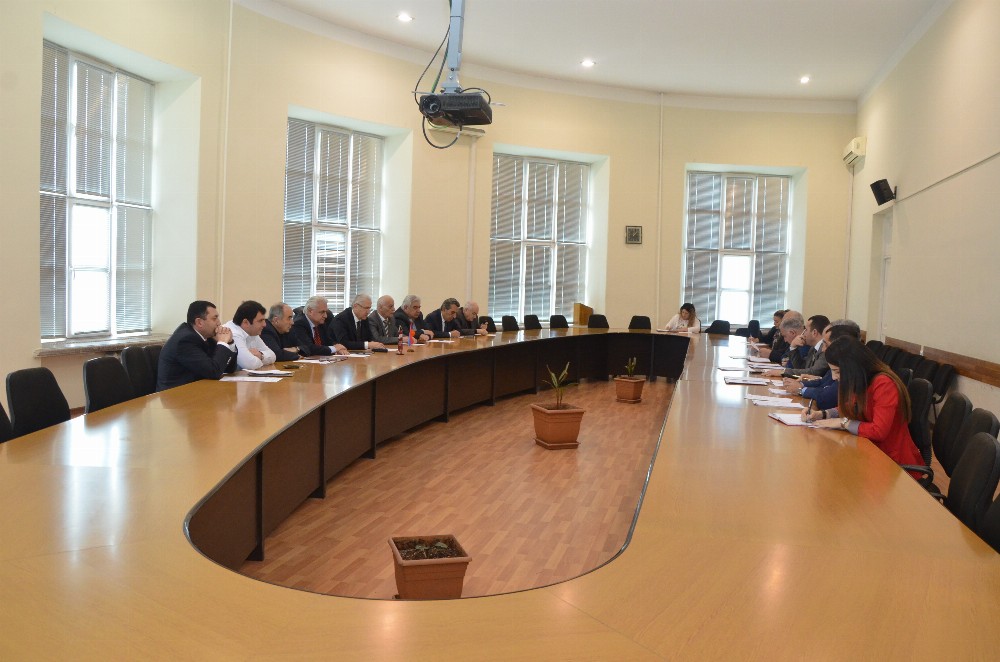 “The planned exams of April 6 are postponed to April 11 with the same schedule”, said Armen Karaxanyan on the regular Rectorate Board session today. Note that the Government of the Republic of Armenia decided to transfer the working day of April 6, 2015 to Saturday April 11 (follow the link http://goo.gl/hFKelA). Vice Rector on Education-Methodological MattersParuyrKalantaryanannounced that the deadline for submission of reports of fourth-year graduate students’ practice moved from April 6 to April 7.

Department deans reported about the process of first intermediate tests of 2014-2015 academic year stressing that the process is proceeding in accordance with the schedule, without incidences.

Armen Karaxanyan reported about the results of the first semester of 2014-2015 academic year of ASUE Gyumri branch.

Rector also spoke about a number of issues.