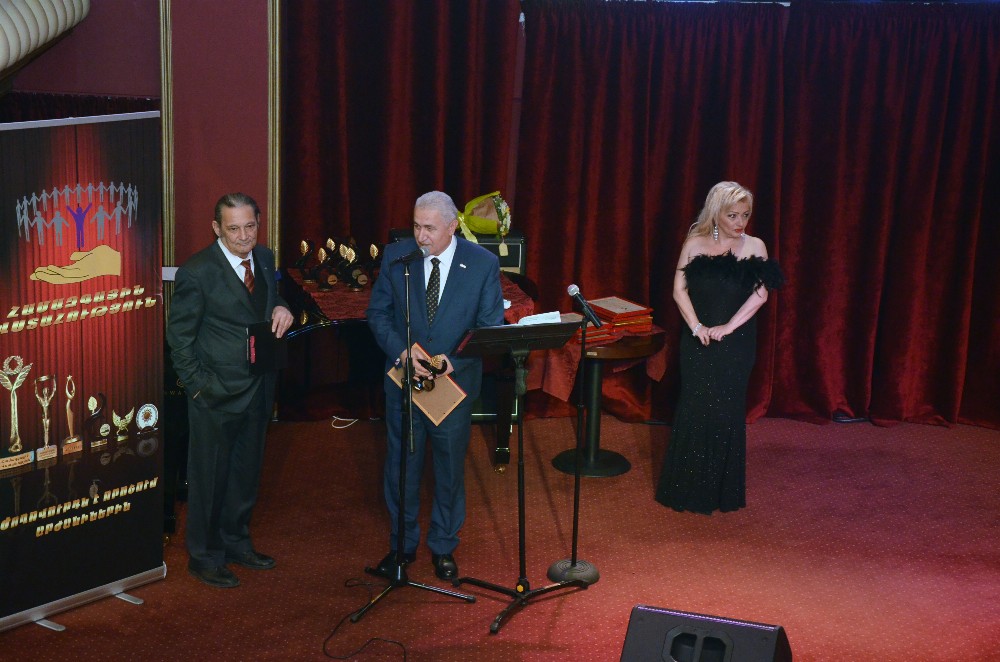 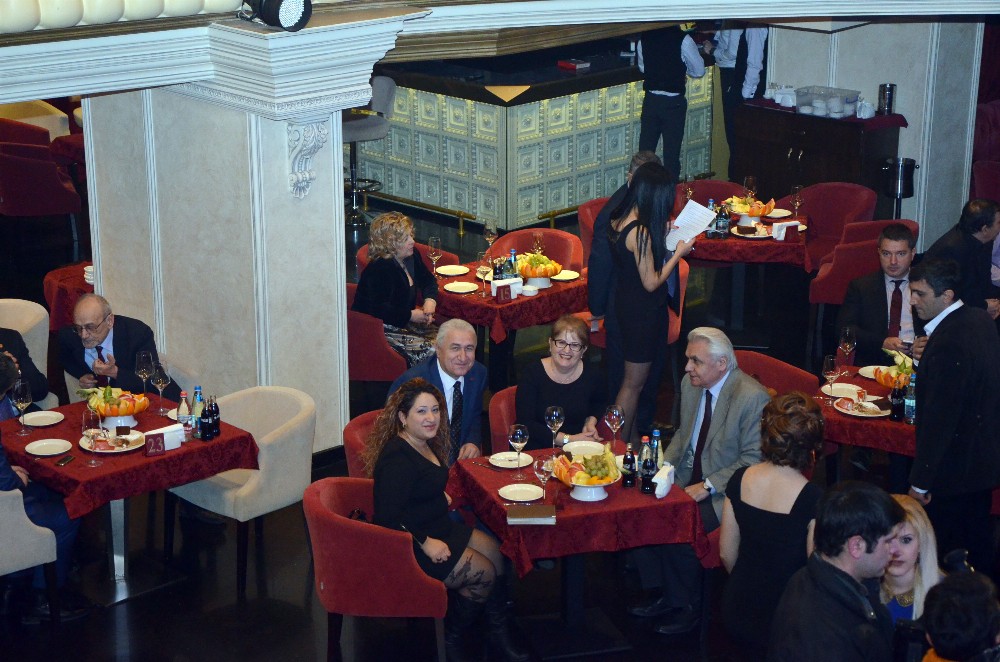 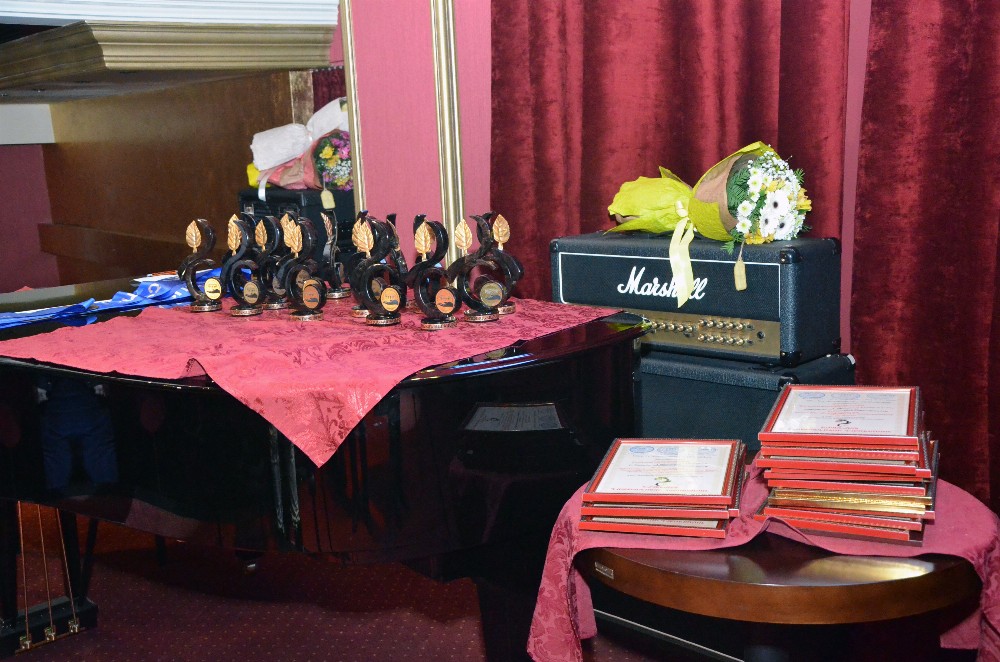 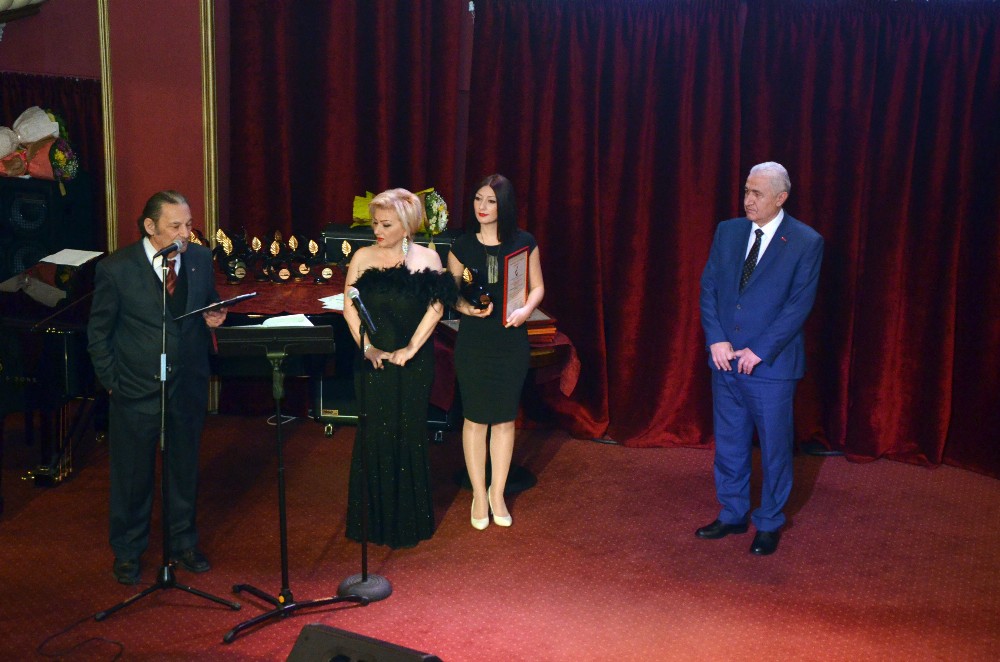 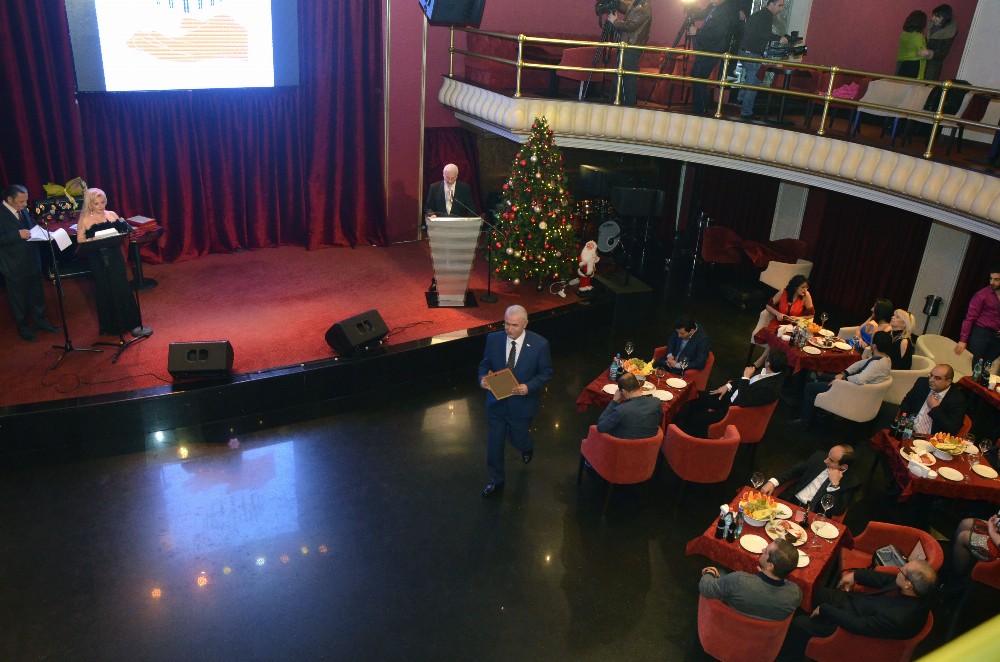 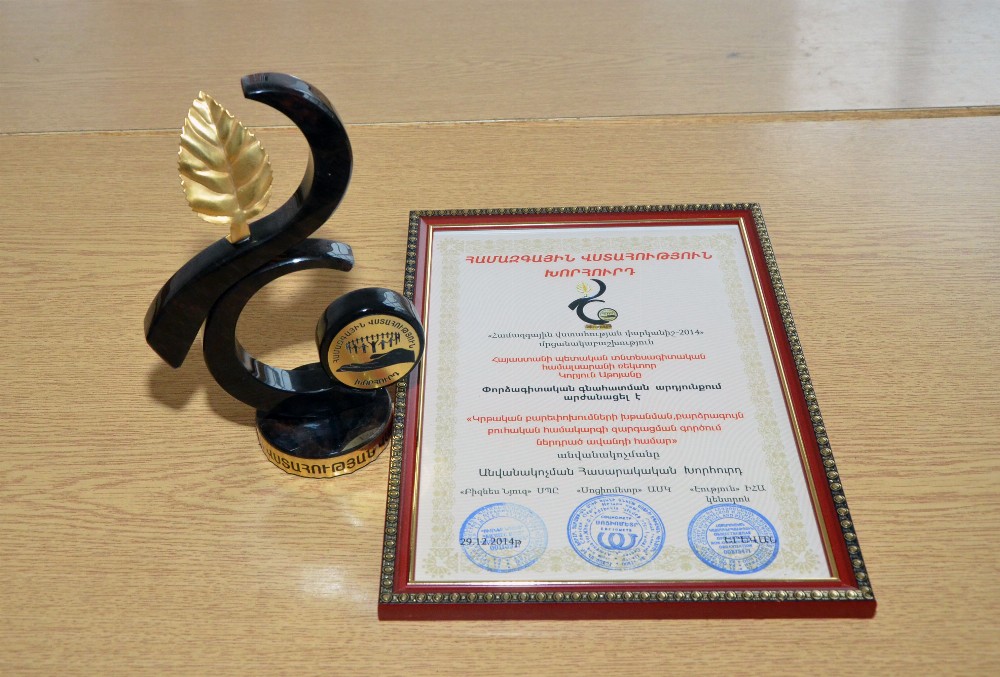 During  the solemn ceremony the President of National Trust  Committee Astghik Khachatryan  announced  that their  Committee had  conducted content analysis  among 100 companies,  online queries among 6000 population from Noyemberyan  to Meghri, as well  as  through newspapers  and  websites.

The  Rector  of  Armenian State  University of  Economics, Doctor  in Economics, Professor Koryun Atoyan was  awarded the  nomination   “For  the  contribution to educational reforms, development of higher  education system”.

“University of  Economics was  worthy to  have  such  rector.  Koryun Atoyan is  the  incarnation of a great scientist, an experienced manager, a qualified lecturer”;  mentioned the  Director  of  “Sociometr” independent sociological  center Aharon Adibekyan  when  awarding  the prize  and  added  that the  conducted  reforms were  visible in  the  University. “We’ll  be glad  to see all economic  successes  of the  Republic in touch with your University”; he  said.

“Thank  You  for  this prize, it is  both  honorable  and obligatory. I  think that the  key  to the   development of  our  State  will  be the  students  with  qualified  education”; mentioned  ASUE  Rector  Koryun Atoyan.

Prizes  in  various nominations  were  awarded  to more than a dozen individuals and organizations.