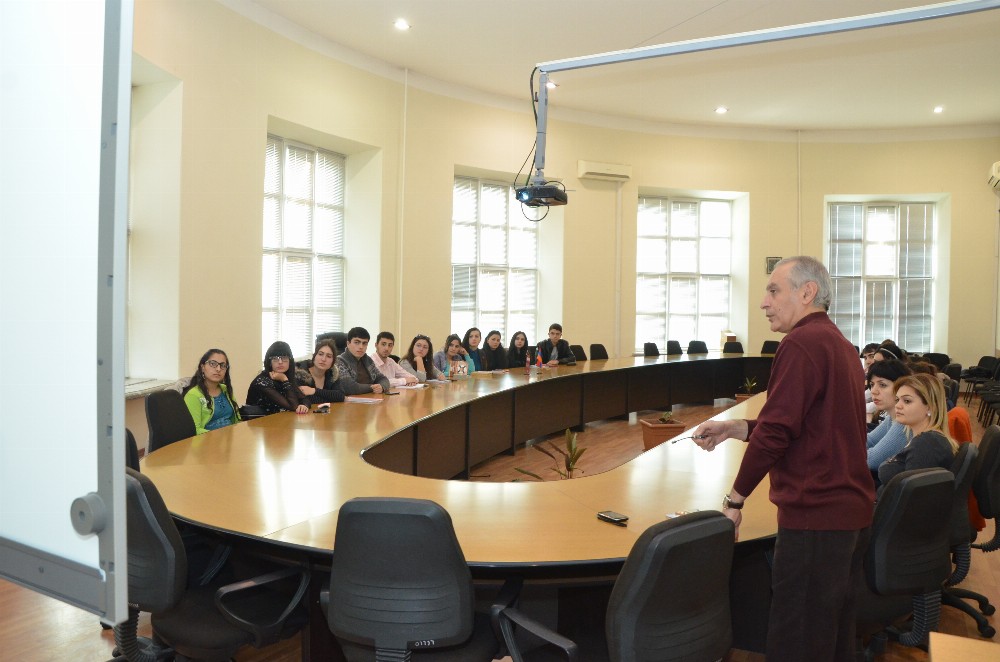 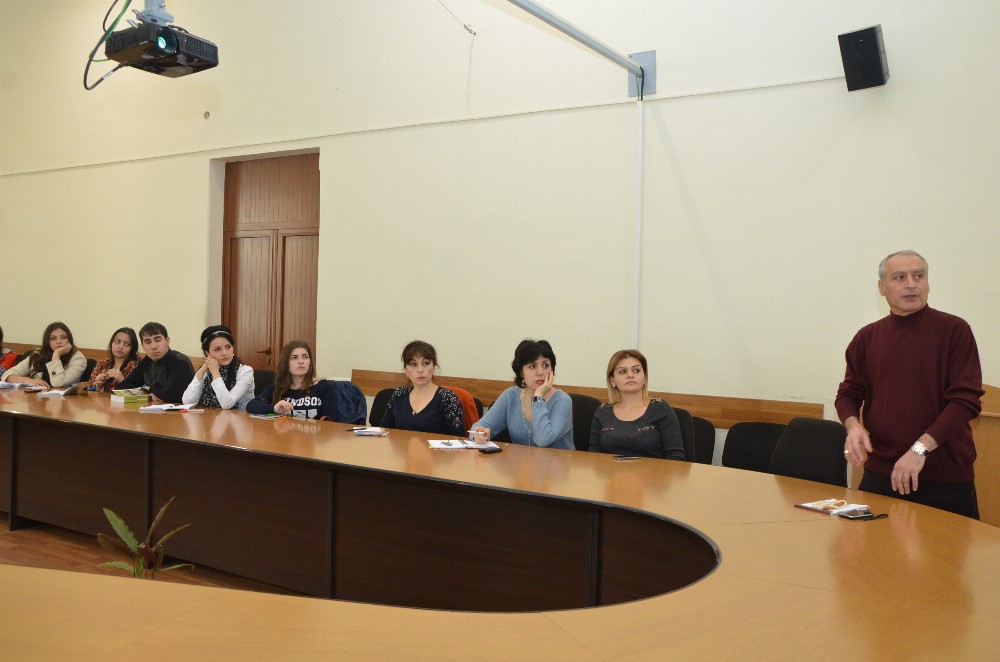 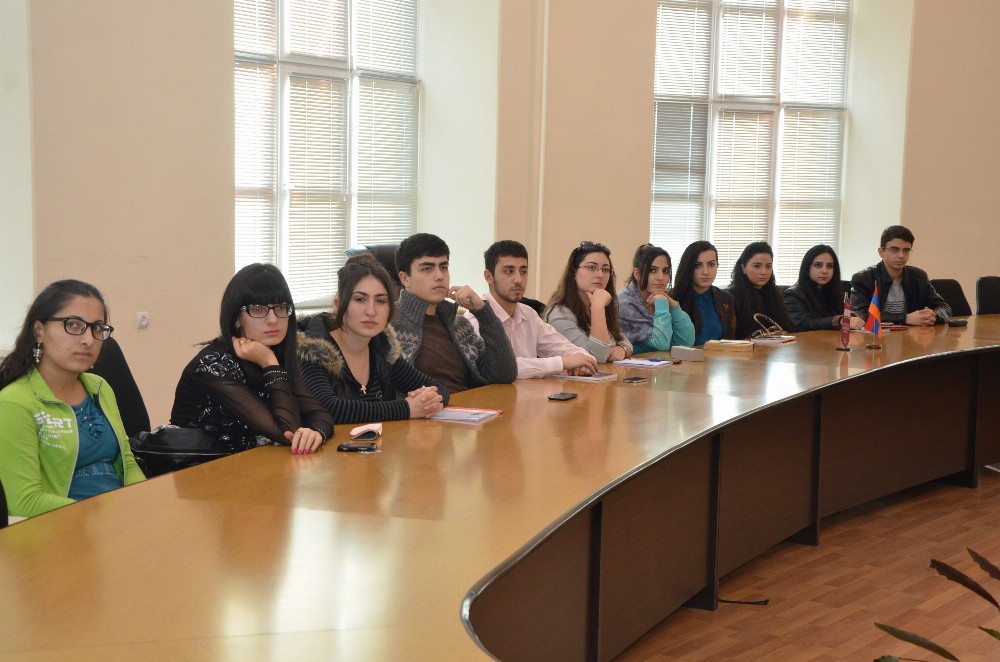 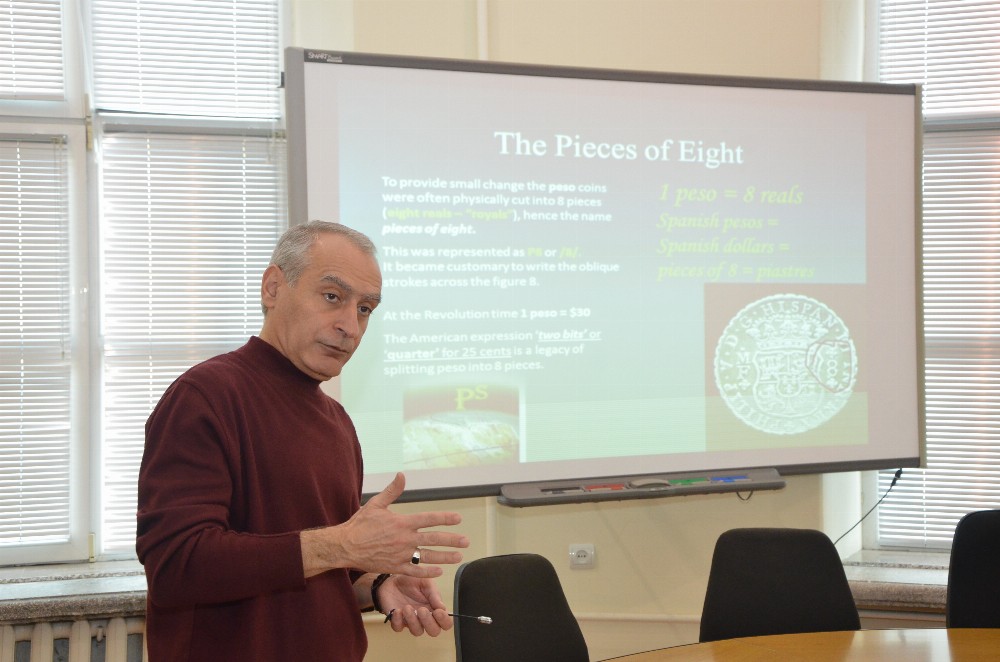 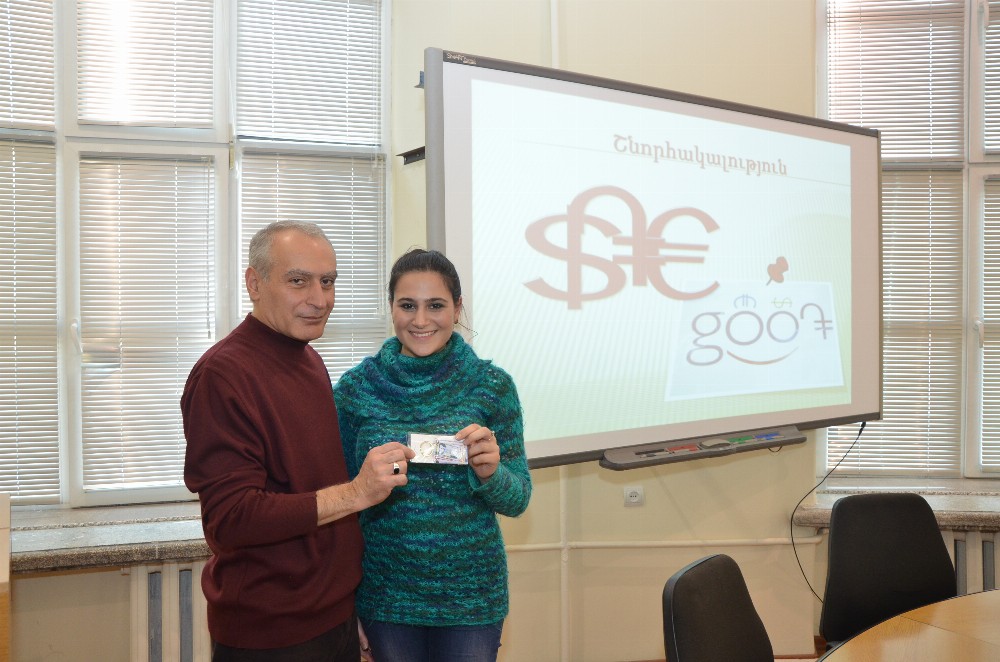 Today, the  author  of  the symbol   of  Armenian Dram Karen Komendaryan conducted  a  lecture on “Currency signs”  at  ASUE  Conference  Hall.

The  meeting  was  organized  by  support of ASUE  Foreign Relations  Division  and  it  was  attended  by  students. The  speaker  presented the currency  signs (dollar, Euro, peso, etc),  then  their  history  and  analysis, analyzed in detail the history and creation of Armenian Dram. It’s so interesting,   when  he  mentioned  that Dram means the voice caused  by the tinkle  of  coins. He  referred  to Armenian alphabet, significance of the letters.

He  assured that Armenian letters  are unique  and  have  a  great advice  in them. The image  of “Դ”  letter   and  two horizontal signs  are  the based characters  of  the  AMD.

The  speaker checked the  students’ knowledge by  questions, and  at the  end  of  the  meeting  he awarded  a souvenir  to  the  most  active  student Armine Poghosyan.

In the  interview  with ASUE  Media and Public  Relations  Division the 3rd  year  student of the  Department of  Marketing  and  Business  Management Shushanik Mkrtchyan mentioned  that the  presented  topic interested  students, after  lectures  they  would  like  to   study  additional topics.

Note, that the RA  CB  has  announced  a  competition  of  the  symbol   of  AMD, and  in the  result of  it,  the graphical image  authored  by  Karen Komendaryan  became the symbol of  AMD.

The  currency of  the newly independent Republic of Armenia  was  put into circulation on November 22, 1993.