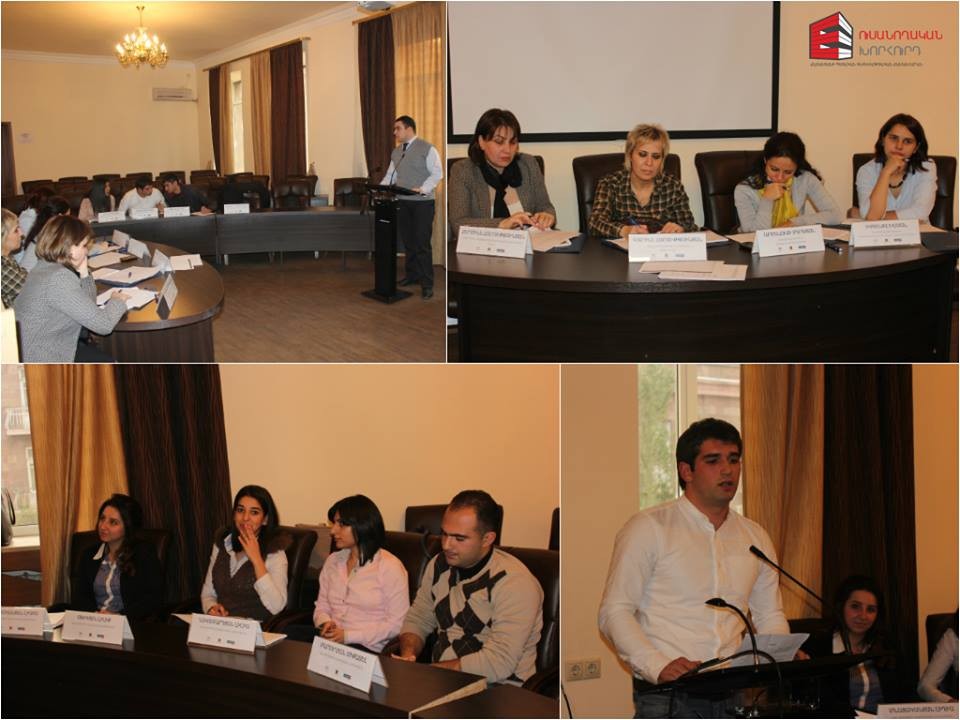 The team of  Armenian State  University  of  Economics  was selected by the presidency of  Student  Council: the  3rd  year  student  of  the  Department of  Management, Annie  Karapetyan (senior  of  the  team), PhDs Harutyun Arzumanyan, Hayk Bejanyan, Grisha Amirkhanyan.

Hayk  Bejanyan  told  ASUE  Media and  Public Relations  Division,  that  the  team of  Student  Council,  which  had  been  formed  specifically for this tournament, was rather strong and presentable.

“Team members are high-achieving learners and this has greatly contributed to our victory. The  players’  intellect, as well  as  persuasive,  fluent  speech  and  various skills  of  oral communication  were  important  for  the  game. 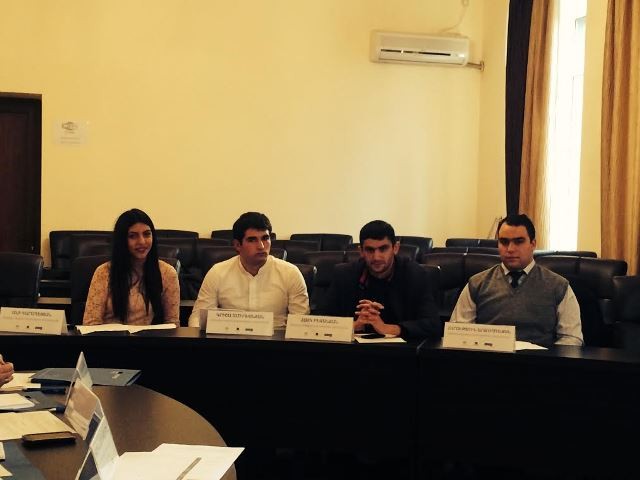 ASUE  team  has  recorded  a  wonderful  result  during  one  month debate tournament,  winning  in  all  competitions.

abcfinance.am  website informs  that interuniversity debate  tournament  is  held   for  the  first  time within the  framework of  “My  Finance Month”  project  and  aims  to  help  young  people to  gain  more  knowledge on  various topics  of  finance.

We  congratulate  our  team and  wish  new  achievements.