EXPERT DISCUSSION AT ASUE WITH REPRESENTATIVES OF GORCHAKOV FUND (photos) 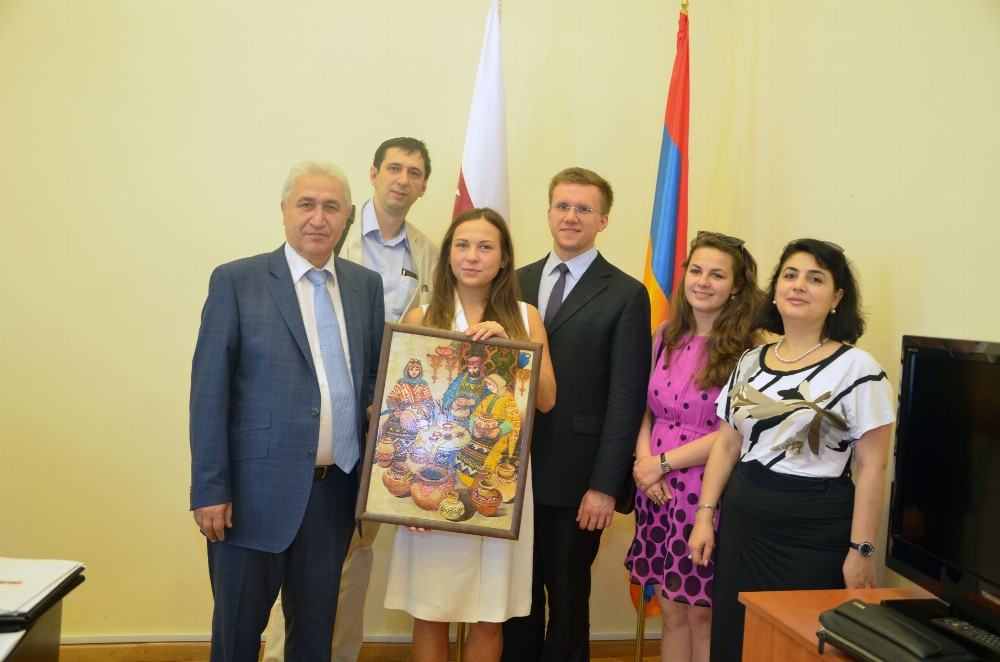 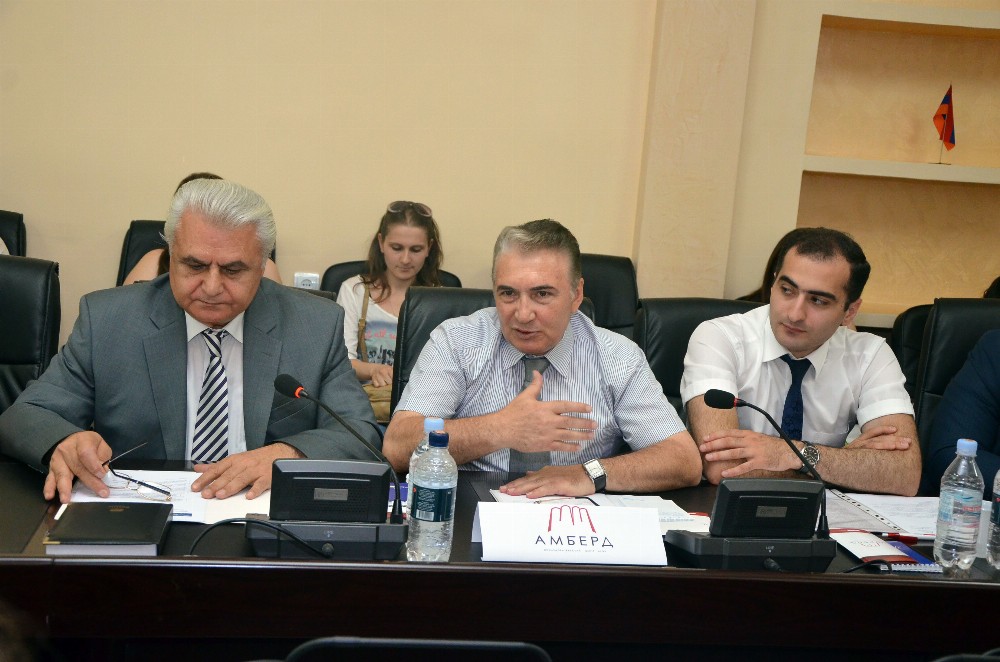 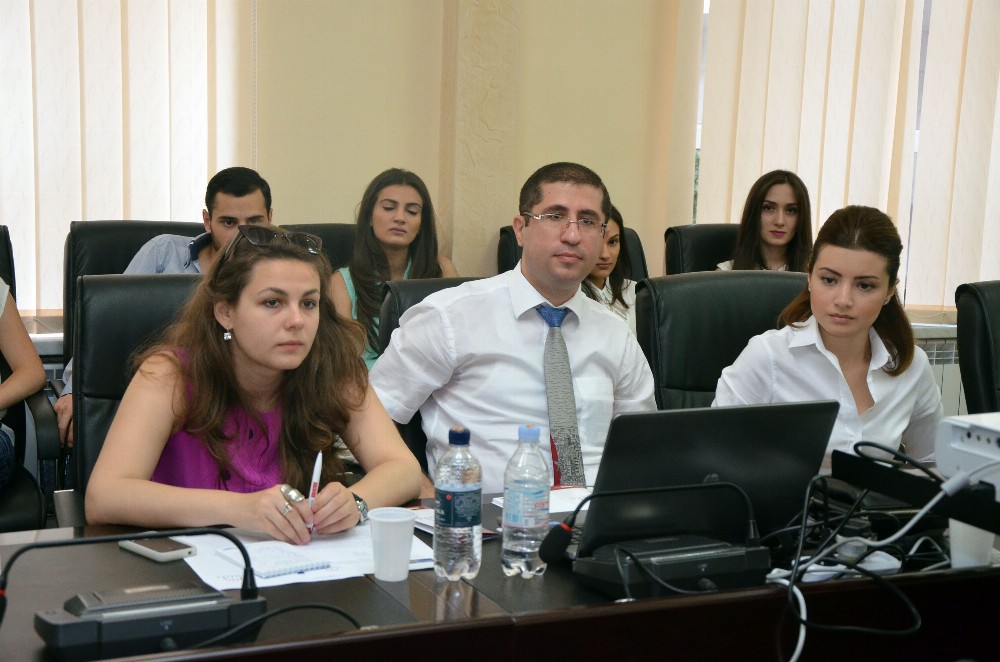 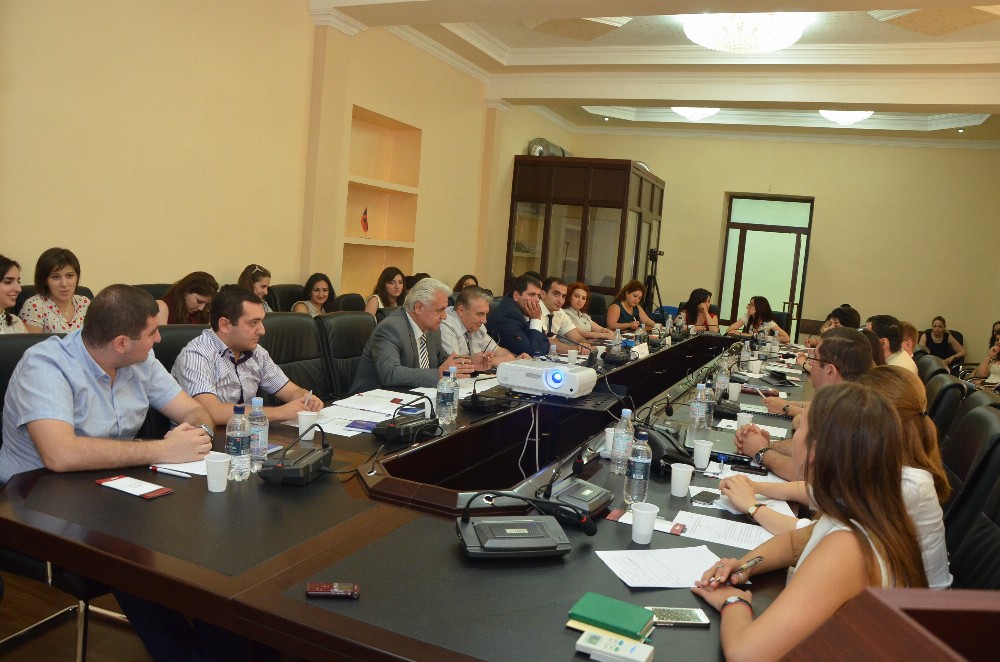 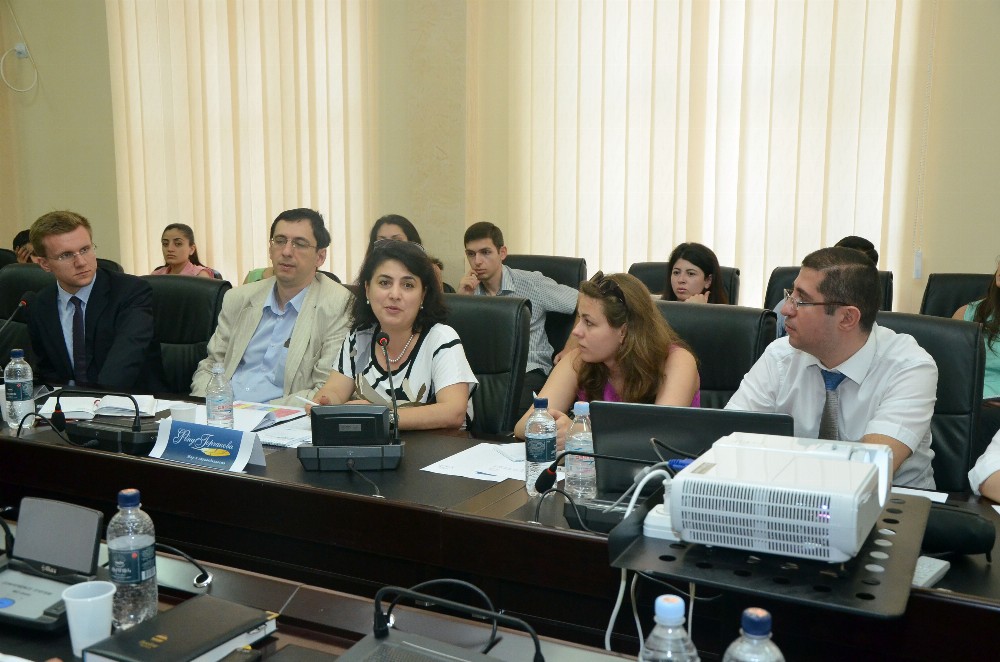 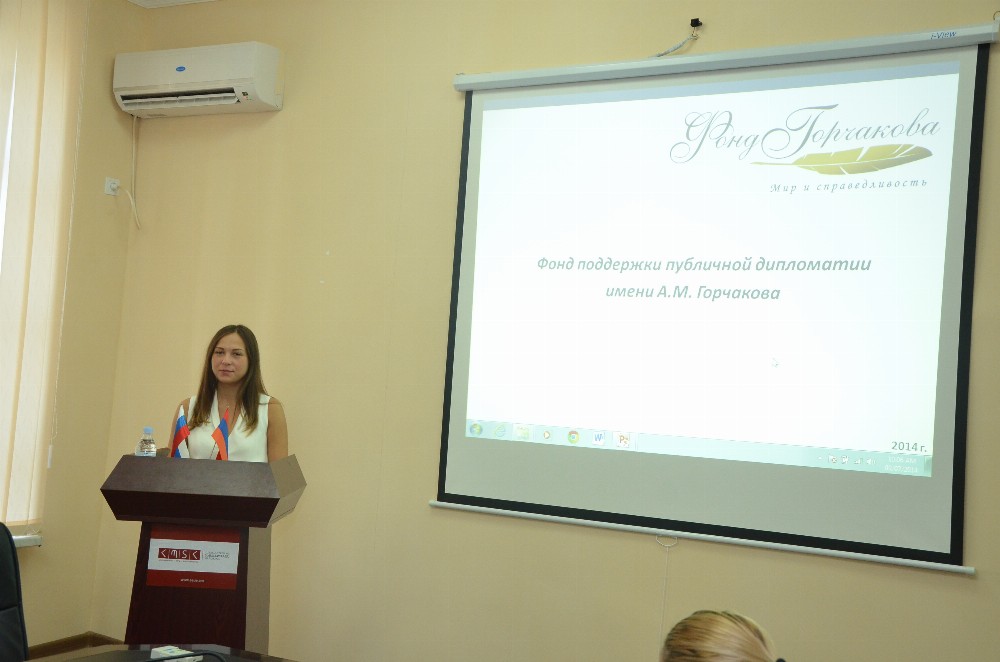 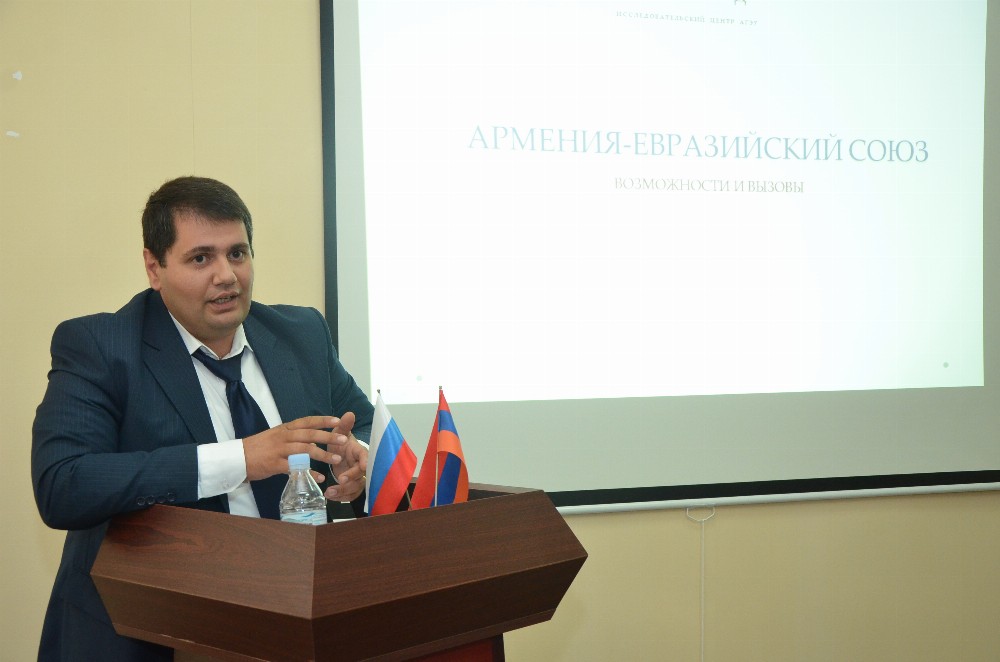 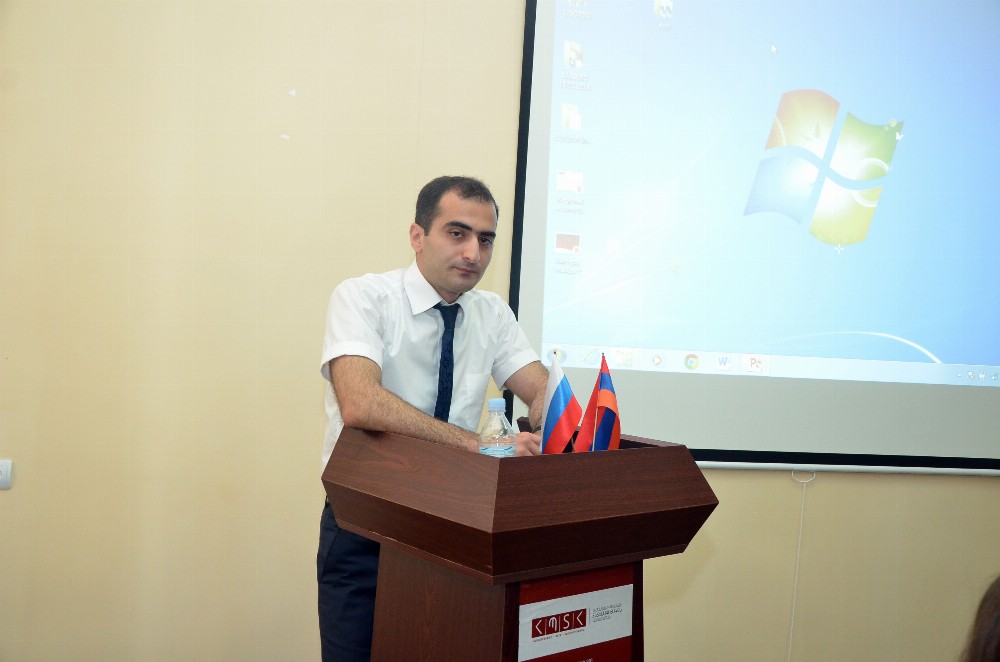 The  Fund of  “Support of Public Diplomacy”  after A. M. Gorchakov  in the  RF  with Russian team of experts carries  out  presentations, meetings  with students  and  young scholars  of  Armenian Universities, research centers, media  institutes  and  representatives  of  non-commercial organizations  and scientific  centers  on  July 1-4, 2014.

Koryun Atoyan, ASUE  Rector, Doctor  of  Economics, Professor, hosted  the representatives  of the Fund  before  the  meeting  would  begin. Discussion of issues  regarding mutual interest and cooperation prospects   was  held,  at  the  end    Koryun  Atoyan  expressed  gratitude for the  visit  and   handed  a gift.

Gagik  Vardanyan,  Vice-rector of  Science  and  Foreign Relations,  Scientific  Director  of “AMBERD”  Research  Center, Armenian State University  of  Economics, Doctor  of  Economics, Professor, opened  the   discussion   at   Center  for  International Programs,  highlighting  long-standing friendship between the Armenian and Russian nations  and  kind  traditions,   join achievements,  which should be preserved and enhanced.

Maria Borodachova referred  to  activities  and goals  of  the  Fund,   grant  programs, cooperation perspectives  with Armenian organizations, ways  of  getting  financial  support for  carrying out  projects  in public diplomacy and international relations.

Suren Babajanyan,  Chief Specialist of  the  Center,  Candidate of  Economics,  presented  the  next  report  entitled  “Eurasian Union  in the  Context  of  Global  Challenges”.

Discussion  was  held  round the topics   raised  by the  speakers, questions  were asked,  Russian  experts  made  speeches, then  the results were summarized.

Gagik  Vardanyan  considered the  meeting with  Russian  partners,  open and  frank  discussion as an effective  one  and  expressed  hope  that a  new  platform for  cooperation would be created, which  would   ensure  progress  in public diplomacy.

Maria Borodachova    evaluated  the meeting,  noting   that the  latter generated new ideas for future cooperation  and  expressed  hope  that   new  formats  for  mutual  cooperation  would  be  created  in  future.