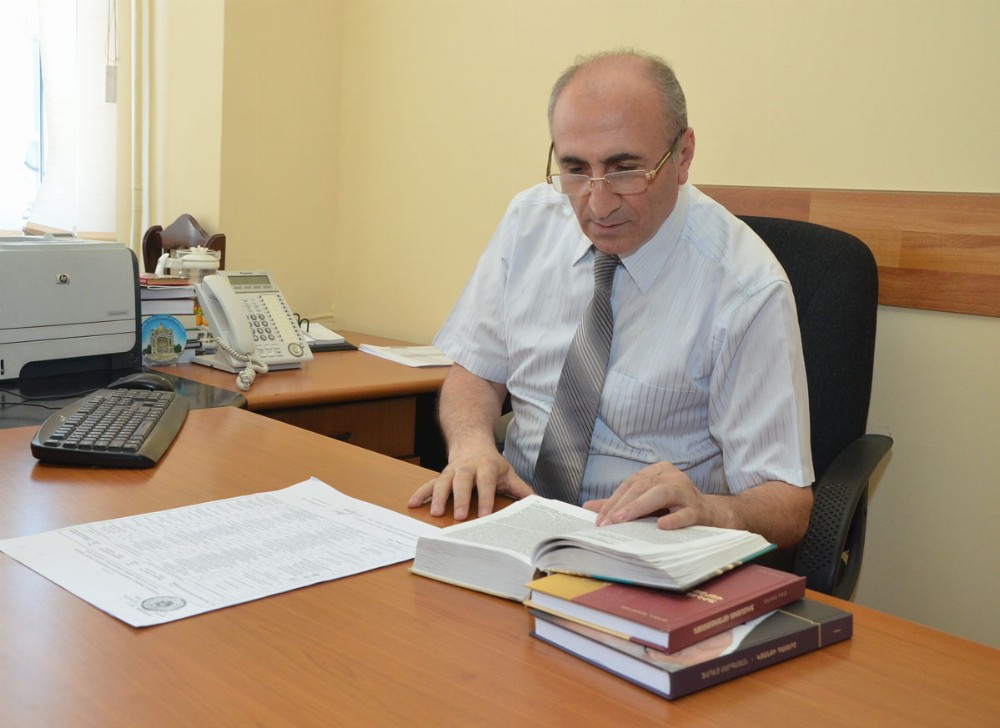 Research  project  of Atom  Margaryan,   Dean of  the  Department  of Regulation of Economy and International Economic Relations  at ASUE, Candidate  in Economics, Associate  Professor, won in international  contest “the  RA SCS  MES-BRFFR-2014”  organized  by   the RA State Committee of Science of the Ministry of Education and Science  and Belarusian Republican Foundation for Fundamental Research.

The  theme  of  ASUE  representative  was “The Expansion   of  the Customs Union  as a  Factor  to  Increase  the Competitiveness  of Member  Countries”. In the  interview  with ASUE  Media  and Public  Relations  Division Atom Margaryan mentioned  that the  project  was  jointly carried  out  by a  research  team of  Sergey  Solodovnikov, Head  of  the  Chair  of  Economics  and  Law  at Belarusian National Technical University, Doctor  in  Economics, Professor.

Introducing the  project,  Atom Margaryan   outlined  that ASUE 2 Associate  Professors  and a PhD were  included in the administrative  team.

The  project   is a two-year one  and   it  is  suggested  to  conduct  joint  research,  publications, to  participate  in international  conferences  and  seminars. The  joint  project  launched  on July 1.

Talking about the goal of the program the Dean mentioned that their main issue was the study of the prerequisites and main conditions of the membership of the RA to the Custom Union, as well on the basis of that the assessment of the possible short-term (static) and long-term (dynamic) impacts of that process on the economy of the RA. Mr. Margaryan explained the selection of the topic of the program by the factor of the modernity and the urgency.

“On the basis of supreme interests and development priorities of the economy in the RA, our task is to develop and suggest the effective mechanisms of optimization of the process of the enlargement of the Custom Unions. The exertion of these mechanisms will be beneficially for all country members. At the same time in order to fully utilize the possibilities of new integration formation, it is necessary to comprehensively study the theoretical-methodological basis of the formation of the Custom Union and on the basis of that to develop the effective commitments for ensuring the basis of the decisions that accepted by the level of as state policy as private business”,- emphasized Atom Margaryan, and added that the project of the program passed 6-month stage of the independent international expertise.

We congratulate Mr. Margaryan and wish the further successes