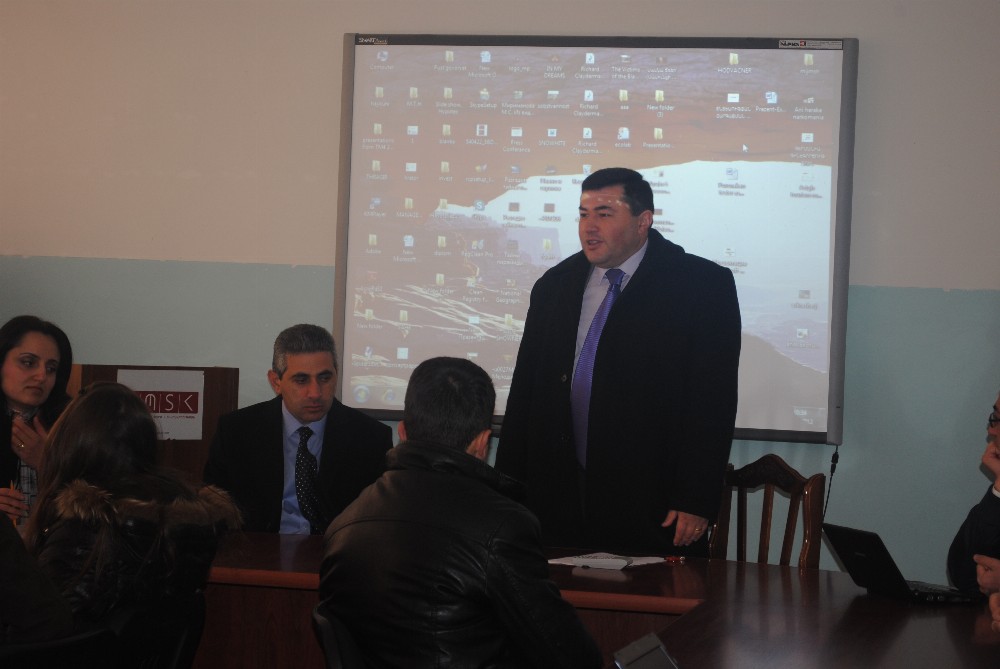 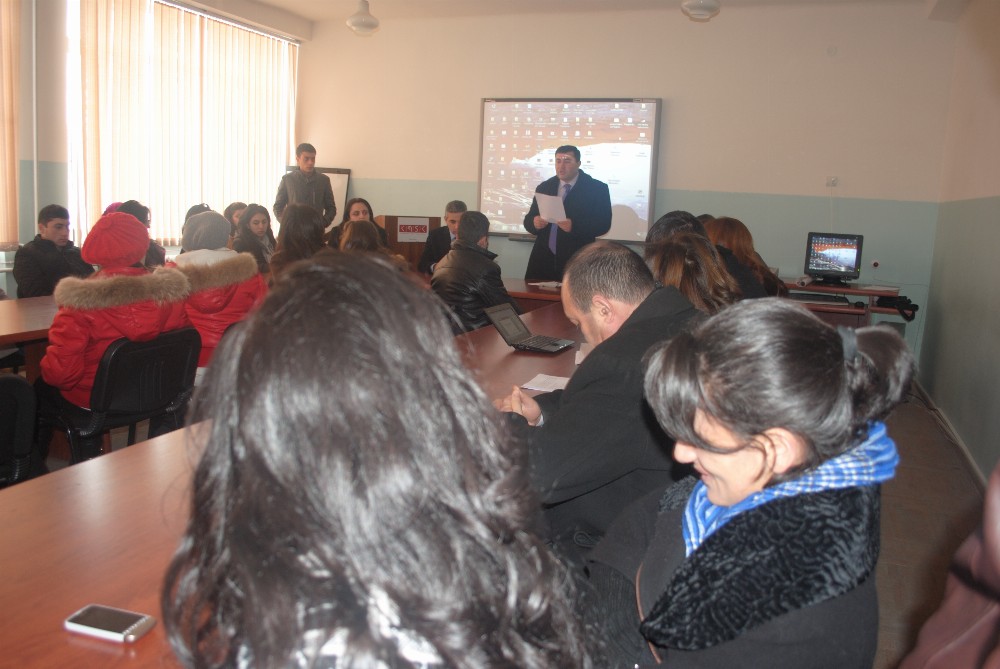 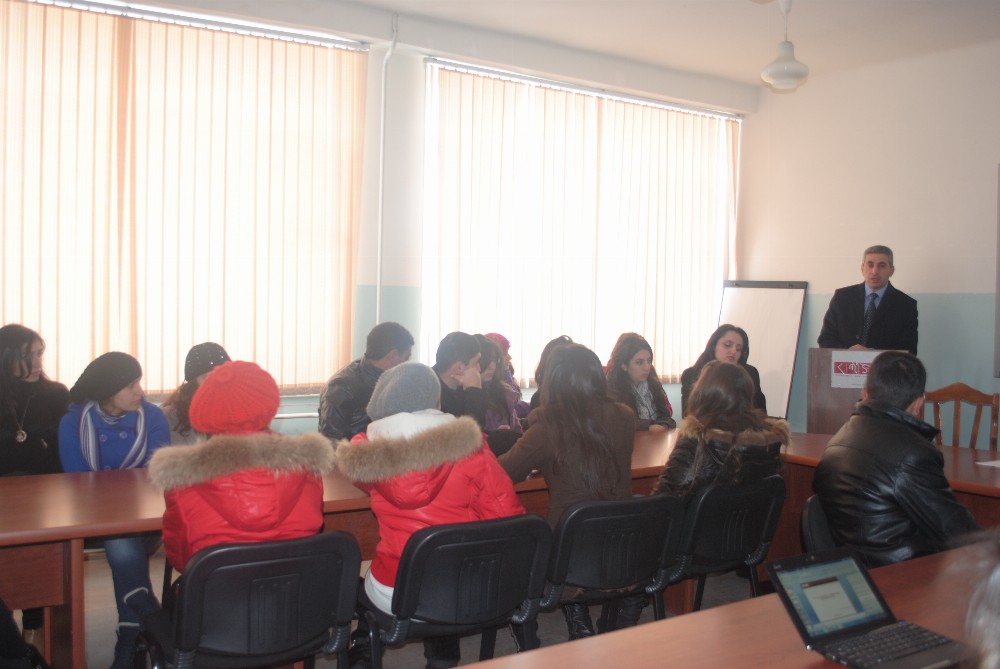 The 2nd Republic  Conference  entitled “Issues  of  Socio-Economic  Development  of  Regions  in the  RA” was  held  at  ASUE  Yeghegnadzor  Barnch  on December 21.

“Edgar  Ghazaryan, the  Governor  of  Vayots  Dzor  region,  the 4th year  students  and  PhDs from  different  Universities: YSU, Agrarian, European, participated  in the  conference. 32  reports  were presented. Discussion  was  held,  questions  were  raised.  The results of  the 2nd  Republic  Conference were successful.  I  think  organization of conferences will become a tradition  and  the  number  of  participants  will  increase  year  by  year. It is  an important  fact,  as  the  conferences  activate scientific  life”;  said  Sos  Khachikyan.

The  Director  mentioned  that  it’s  planned  to  publish  the reports in a  scientific collection  on February.