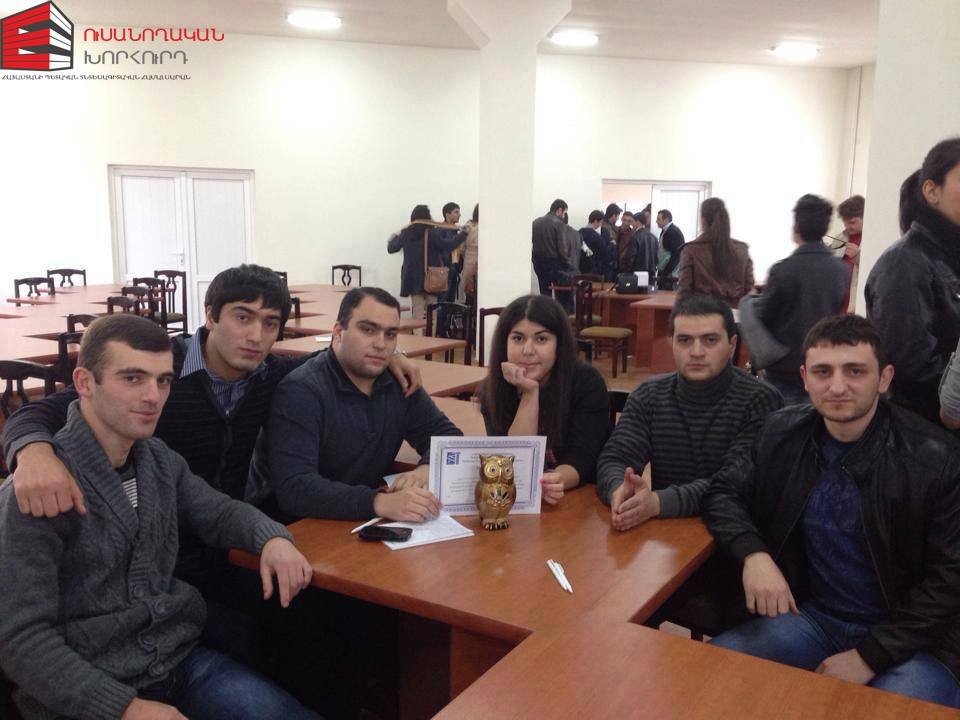 Inter University  contest  of  “What? Where?  When?”  intellectual  game  took  place  at  the  RA Academy of Public Administration  on November  26.

In the  interview  with  ASUE  Media  and  Public  Relations  Division  Harutyun  Arzumanyan,  the  senior  of the  team,  mentioned  that  the  game  aimed  to train  the  Universities’  intellectual  teams.

We  congratulate  our  team  and  wish new  intellectual  achievement.