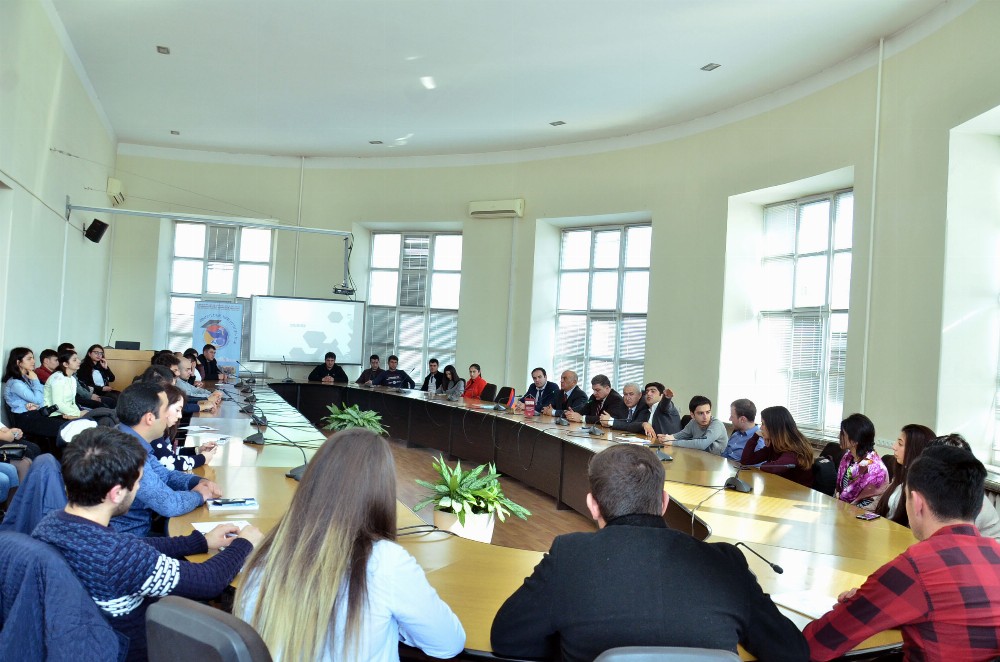 ASUE hosted the delegation of the RA Ministry of Diaspora headed by Deputy Minister Vahagn Melikyan. A meeting with the diaspora armenian students studying at ASUE was held at the conference hall. ASUE Rector, Professor Koryun Atoyan, Student Council Chairman Hovhannes Harutyunyan were present at the meeting.

The purpose of the meeting, organized by the Ministry, was to get acquainted with the problems of diaspora armenian students as well as to present the programs implemented by the RA Ministry of Diaspora. The students pointed out only two problems: the language barrier and the difficulty of working parallel learning process. The Deputy Minister of Diaspora promised to make the issue of language barrier a subject of discussion, and ASUE Rector Koryun Atoyan responded to the difficulty of working parallel learning process, noting that he was ready to form separate groups for such students. This proposal and readiness of the Rector was welcomed by the students, and Vahagn Melikyan thanked the Head of the University emphasizing such rare approach.

At the end of the meeting, it was decided to appoint diaspora armenian students' coordinator to strengthen ties with the ministry. Students promised to think and nominate coordinator.