CURRENCY CRISIS, SCHOLORSHIP, WORK IN THE CB: THE REPRESENTATIVES OF THE RA CB MET THE STUDENTS 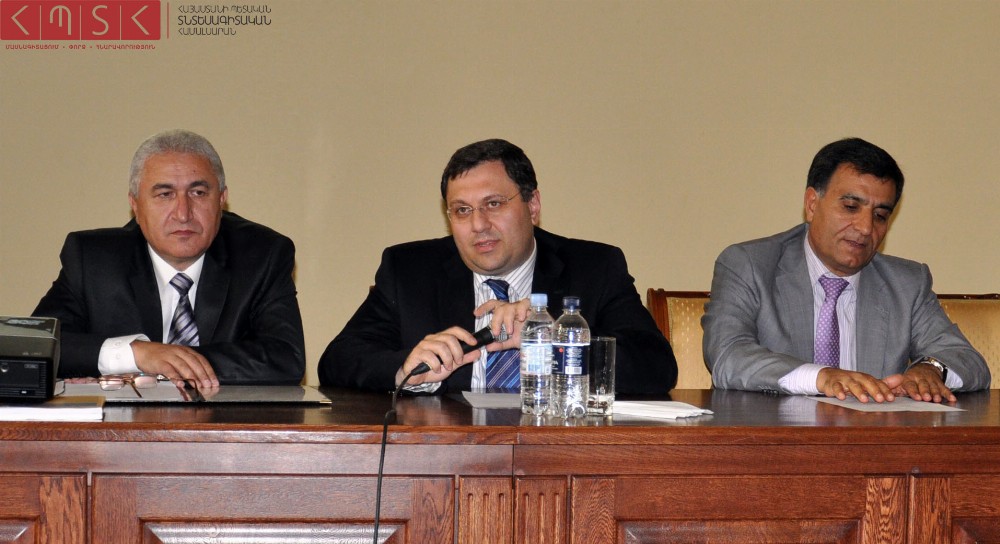 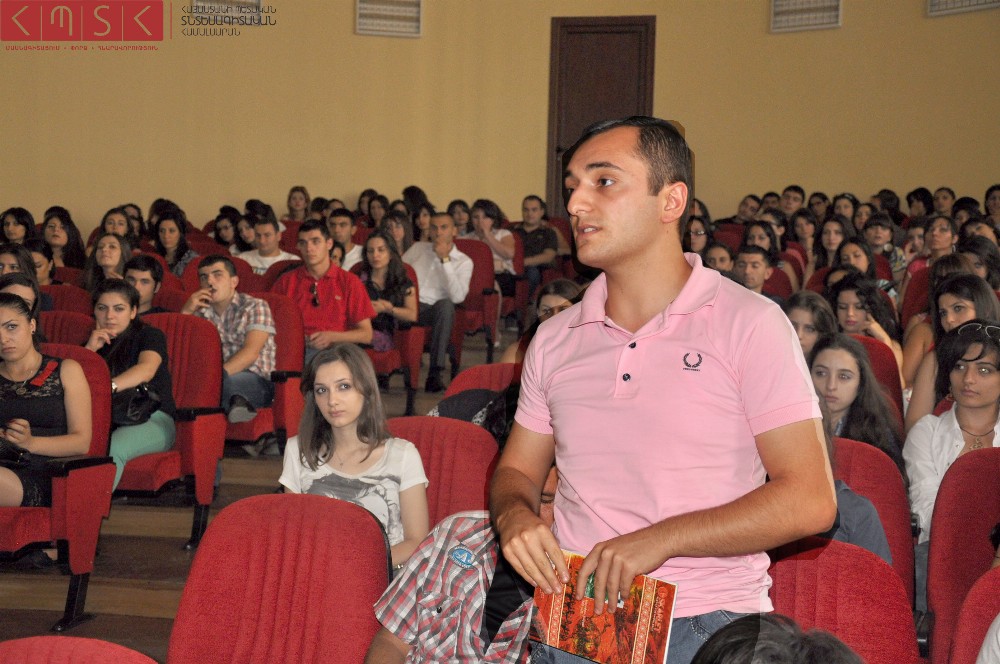 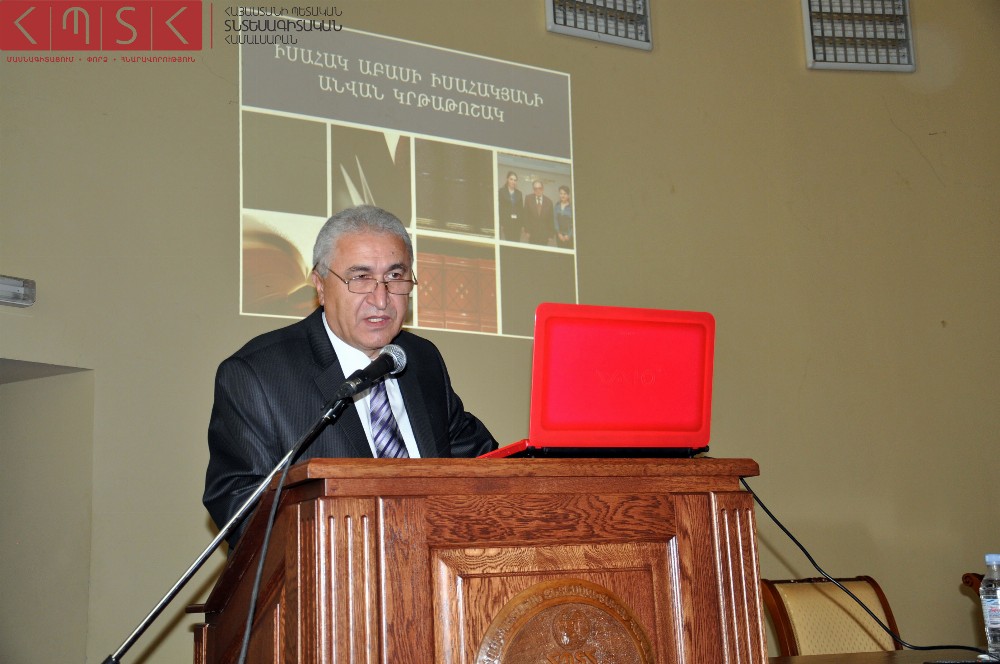 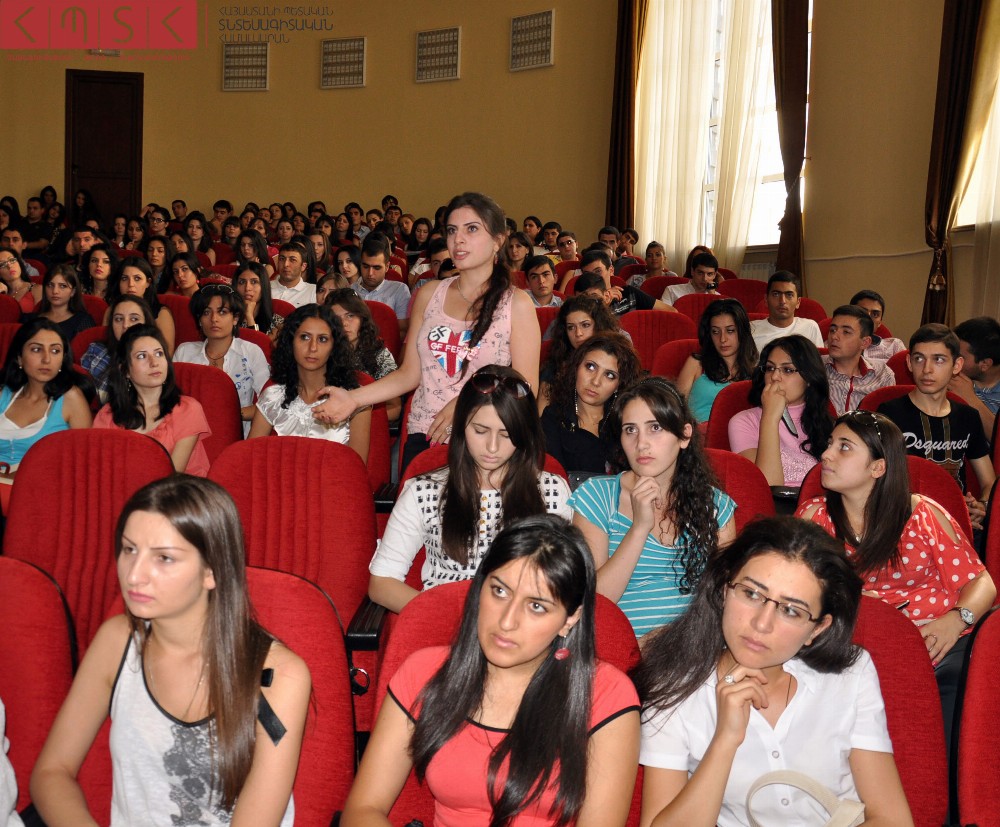 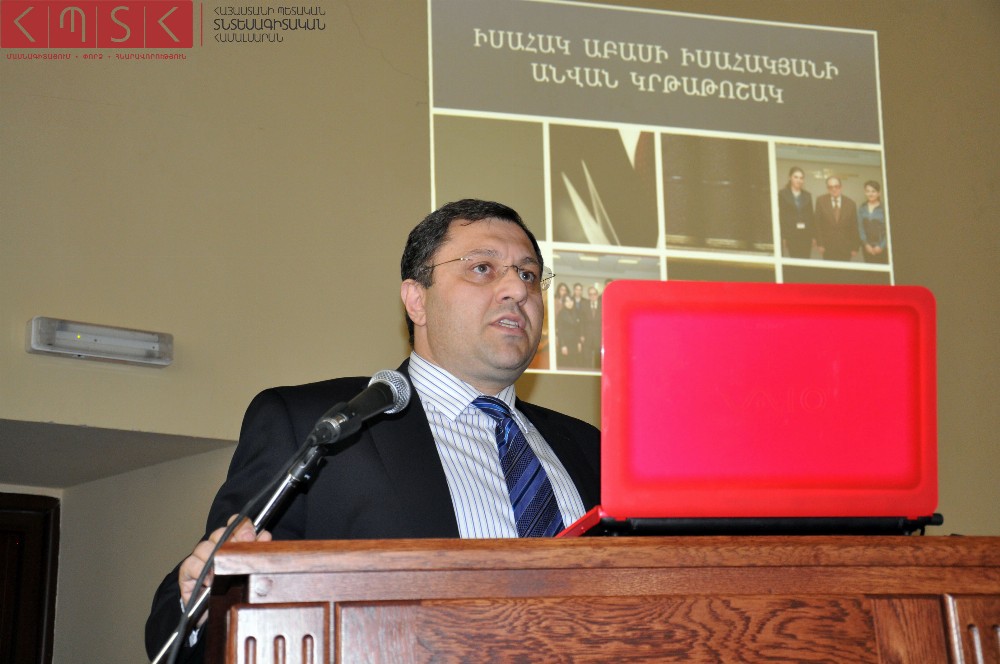 In  order to  strengthen  University-student-employer   cooperation  the  representatives of  the  RA  CB   met  ASUE students in ASUE big  Hall today   by the  initiative  of  ASUE  and  the  RA  Central  Bank.

“You  know, that our  University  has  signed  a  number  of  agreements  with  state  and  private organizations  of  Armenia.
More important for us is  to cooperate with such organization as the Central Bank, one  of the  most established and influential organization inArmenia.  Our  cooperation with  the  Central Bank  isn’t  new,  but  we  want  it   to  distend and include new formats”, said  ASUE  Rector  Koryun Atoyan, opening the meeting  and  presented the guests: Nerses  Eritsyan,  the  Deputy  of  the  Central  Bank  President,  Armenak  Darbinyan, the  member  of  the CB  Council, Gayane Khachatryan, the  Head of Personnel Management    Department,  Armine   Tovmasyan, the  Deputy of  the  Head of   Personnel Management  Department,  Ashot  Petrosyan, the  Head of Development of Economic Statistics  Division,  Hayk  Avetisyan,  a  Macroeconomist of  Modeling of Monetary Policy   Department  and  Forecastings  Division.

Dear  students,  the  announcment  of the  scholorship  after  Isahak Isakhakyan was  published  in our  website
http://www.asue.am/en/pages-220//հհ-կենտրոնական-բանկը-հայտարարում-է-մրցույթ-իսահակ-իսահակյանի-անվան-կրթաթոշակ-նշանակելու-համար-498.

Hayk  Avetisyan,  a  Macroeconomist of  Modeling of Monetary Policy Department  and  Forecastings  Division, presented  a  report with  a  title “Early signaling  systems  of   currency crisis forecasting  in the  RA”  as  the  best  example  of  scientific-research work.

Ashot  Petrosyan, the  Head of Development of Economic Statistics  Division, informed  the  students  that the  CB  implemented  a  project “Micro database queries”, the  aim of  which  was  to  get  an information  by  alternative method.  He  siad that  the  graduates  of the  University  could be  included  in this  works  as  interviewers,  who  would  visit  business  unites  of the  regions, household and agricultural farms and  would collect  information.  Ashot  Petrosyan  presented  the demands  to the interviewers  and  amount of remuneration. For more  information  visit