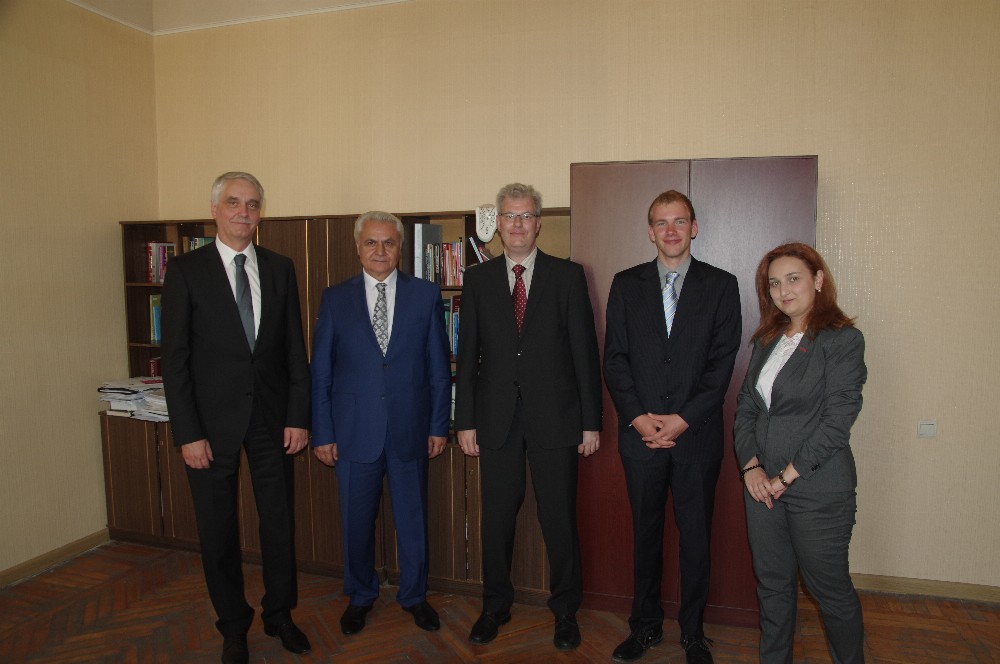 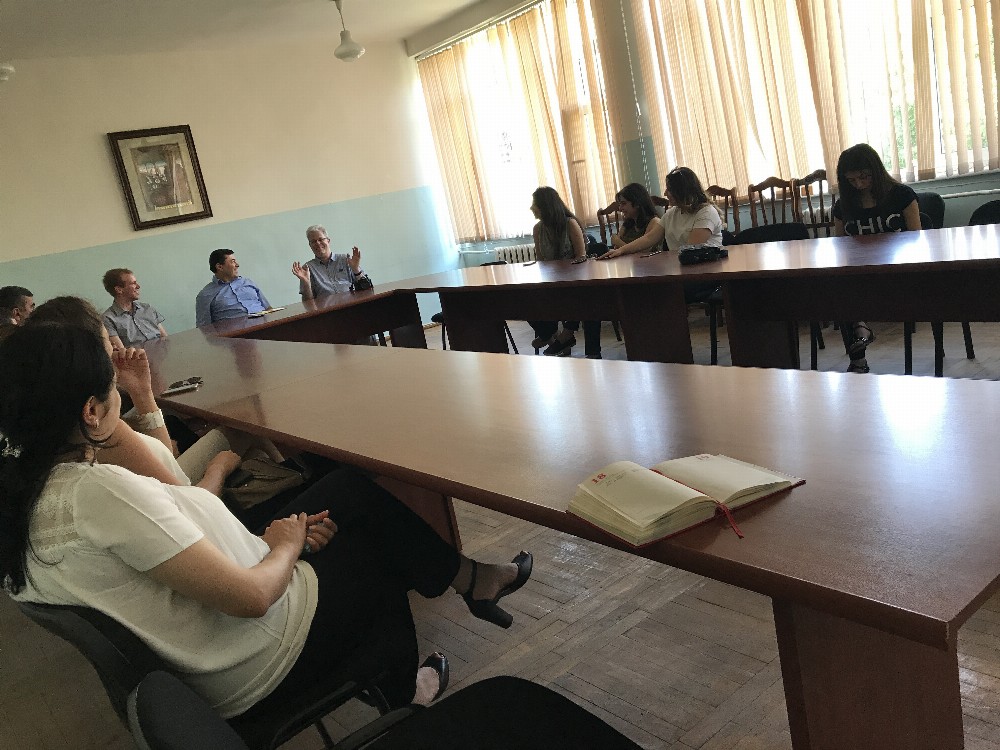 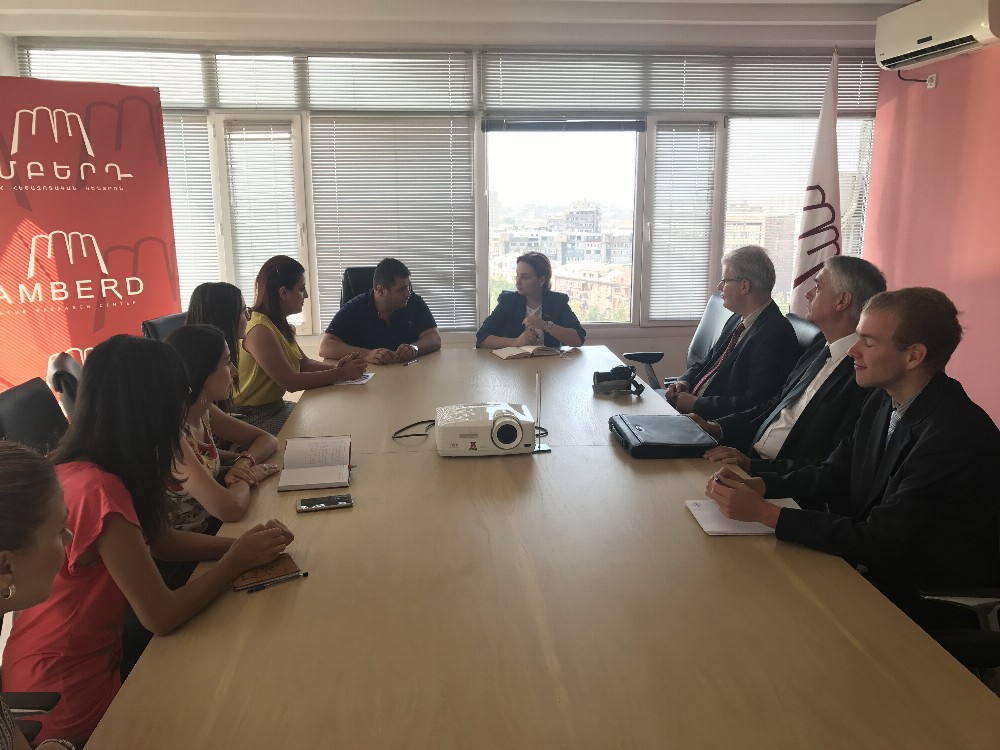 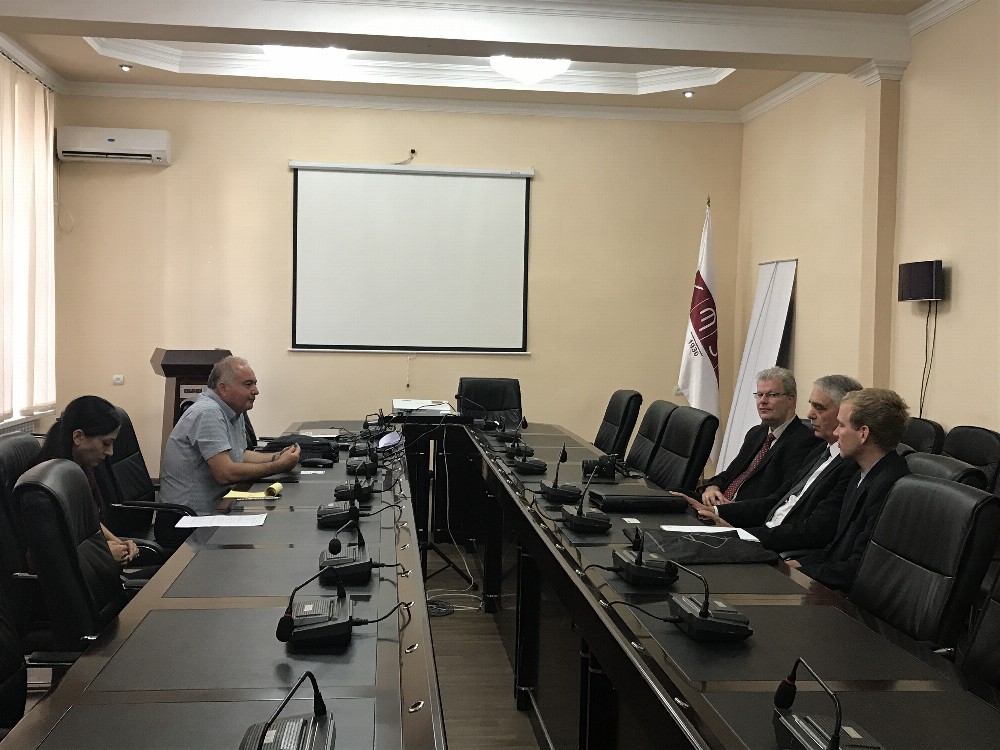 Aimed at the establishment of cooperation between Armenian State University of Economics and West Saxon University of Zwickau for fact finding mission the previous year the above mentioned Universities have jointly applied for German Government-funded DAAD Scholarship.

ASUE Foreign Relations Division informs  that the  delegation of the  mentioned  University was  hosted at ASUE on September 18-22 and conducted  a number of meetings.

The  next meeting was  held at ASUE “AMBERD” Research Center, where Director Armen  Griugoryan presented  the main directions of the  Center’s activity to the foreign colleagues. The  Center’s  researchers discussed issues they are  interested  in with the Professors  Christian-Andreas Schumann and Ralph Michael Wrobel. Then Gagik Vardanyan, the  Vice Rector  of  Science  and  International Relations, hosted the  German delegation. The  parties discussed interaction directions, formulated the main provisions of the cooperation agreement and outlined the upcoming tasks.

The  German delegation and  Vard Ghilasyan, Head of Foreign Relations Division,  met Meri Navasardyan, Senior Programme Advisor of DAAD Information Center Yerevan. The parties  discussed the possible  scholarship programs, which  the professors  and students of partner Universities  can apply to.