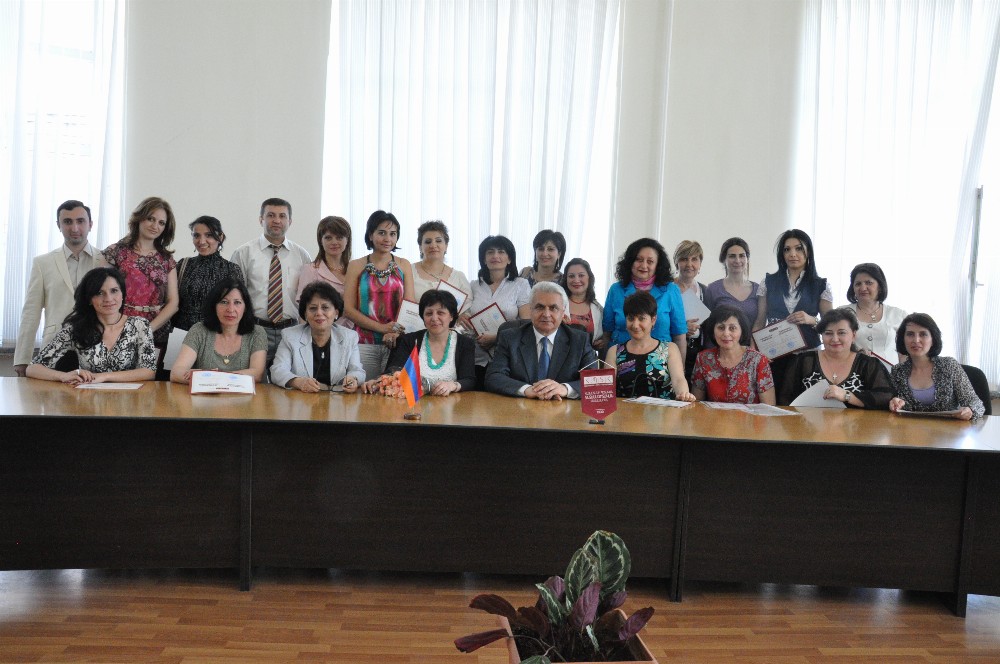 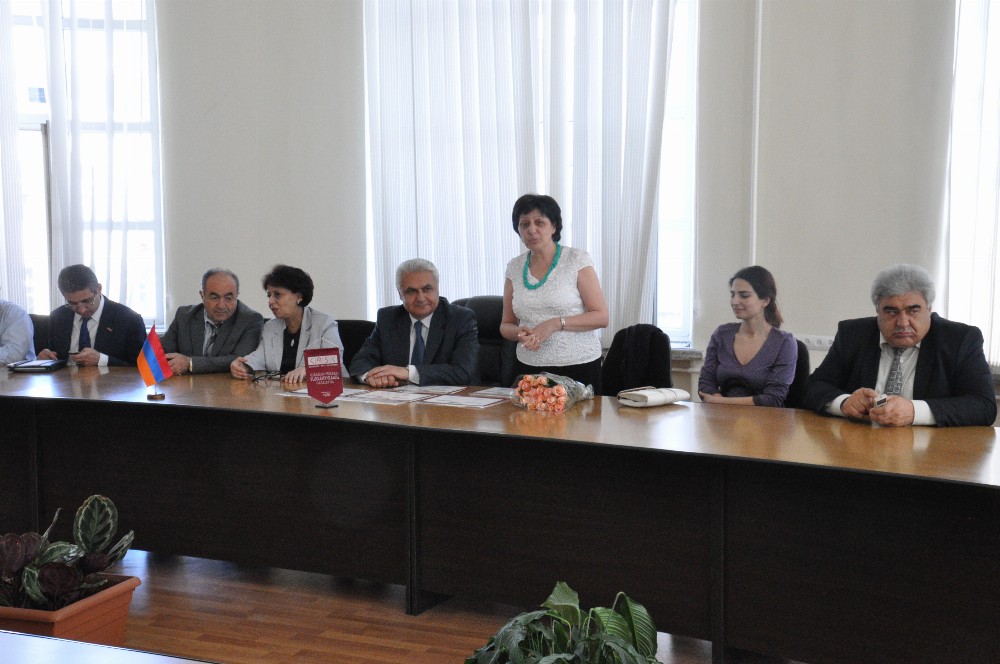 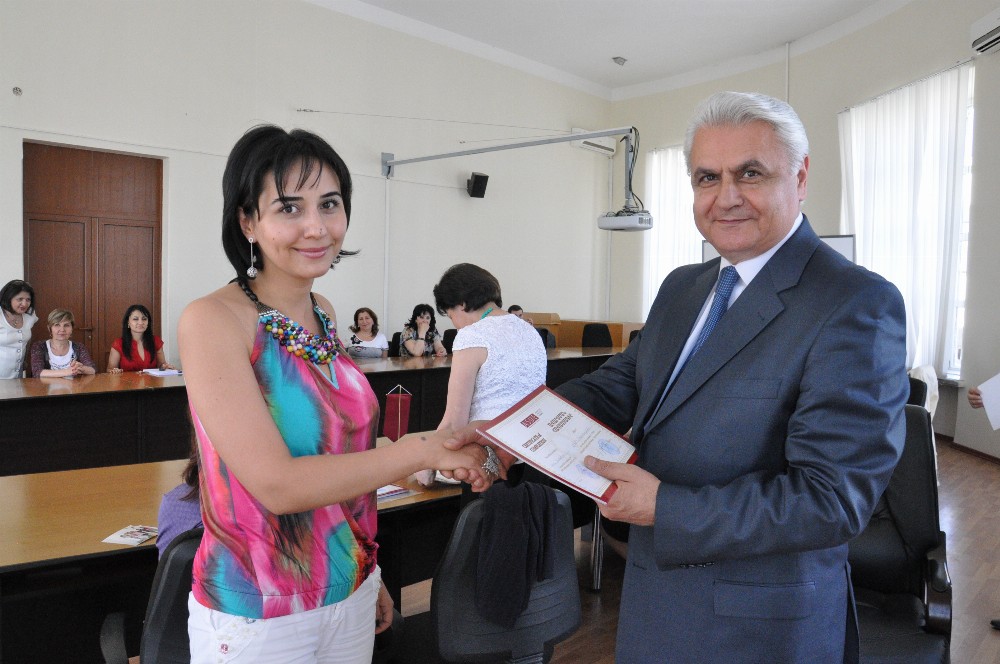 A  solemn ceremony  of  giving  certificates  to  the  lecturers  who  have  finished  the first  stage  of  English  courses,  organized  by  ASUE  initiative,  took  place  today  at ASUE  Conferance  Hall,  which was  attended  by   ASUE Vice-Rectors   Gagik  Vardanyan,  Mihrdat  Harutyunyan,  lecturers.

"We  have  spent   a starting  testing  in December,  in the results of which,  according  to  the  knowledge  of  language,  the  educational  groups  were  classified.  Formed  different  level  courses  started  on January  16,  which  were  completed  on May  8. 49  participants  is  getting  certificates  today",  said  Magda  Arzaqanyan,  the coordinator  of  the  courses,  a  lecturer in  American University in Armenia  while talking  with us and  added that  they were  satisfied   with all  participants.  She  said  that  the  lecturers'   great  aspiration,  enthusiasm   to  learn English  gave  positive exceeds  to  all  teachers.
Applying to  the  participants,  Gagik  Vardanyan,  ASUE  Vice-Rector  of  Science  and  International  Relations,  mentioned  that  the  knowledge  of  English  would open  new  developments  and  new prospects of progress  for  the   lecturers,  an  opportunity would  be  created  to  involve  the  lecturers  in  exchange  programs,    global  network  of reserches.  "Most importantly, you   understand  that  you can  study  and  achieve  new  knowledges  in every  age  and  overcome  the  problem  not  being able  to  speak   English",  addressing the participants,  said   Gagik  Vardanyan  and  informed  that  the  trainings  would  be  continued.  They  will start  on September.  Gagik  Vardanyan  thanked  Susanna  Chalabyan,  the  Head  of  Foreign  Languages  Chair,  for  helping and  supporting  the  implementation of  this  initiative.

At the  end  of the  solemn  ceremony  Gagik  Vardanyan and  Magda  Arzaqanyan  gave  certificates  to  the  participants.