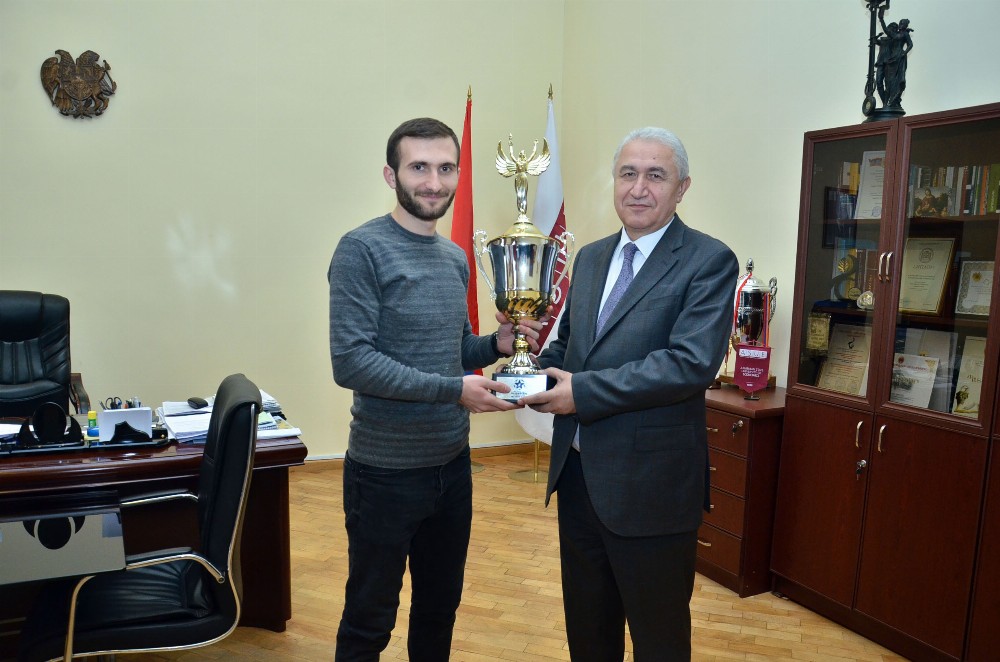 ASUE Rector, Professor Koryun Atoyan hosted ASUE Futsal Team, which had become an absolute champion of Futsal Business League A tournament on February 17. The team was accompanied by the head of the Physical Training, Emergency Situations and Civil Defense Chair Hovhannes Gabrielyan.

Koryun Atoyan once again pointed out that the sport life of our university is lively and he is happy that the number of students engaged in active sports is gradually increasing. He is ready to support the ASUE futsal team. Rector also promised to reward our athletes.

Hovhannes Gabrielyan expressed his gratitude for the support and noted that in the world of sports ASUE has become a brand and our athletes are striving for greater success. He also mentioned the coach's great role in the success of the team.

The team leader Narek Davitian, also thanked the head of the university and mentioned that though he had graduated from ASUE, but the connection with the university is unable to break.