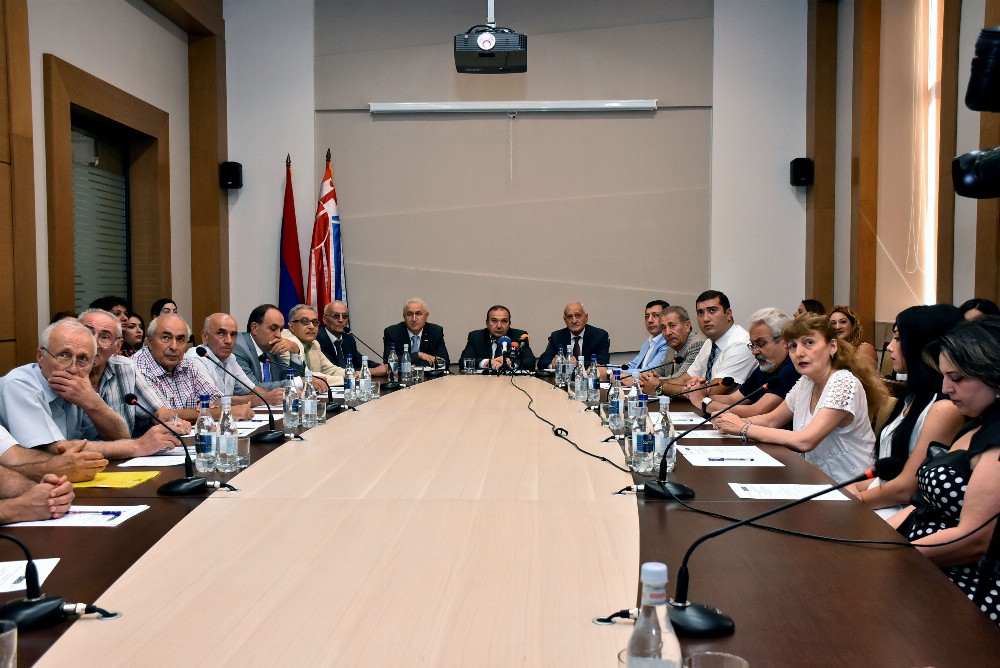 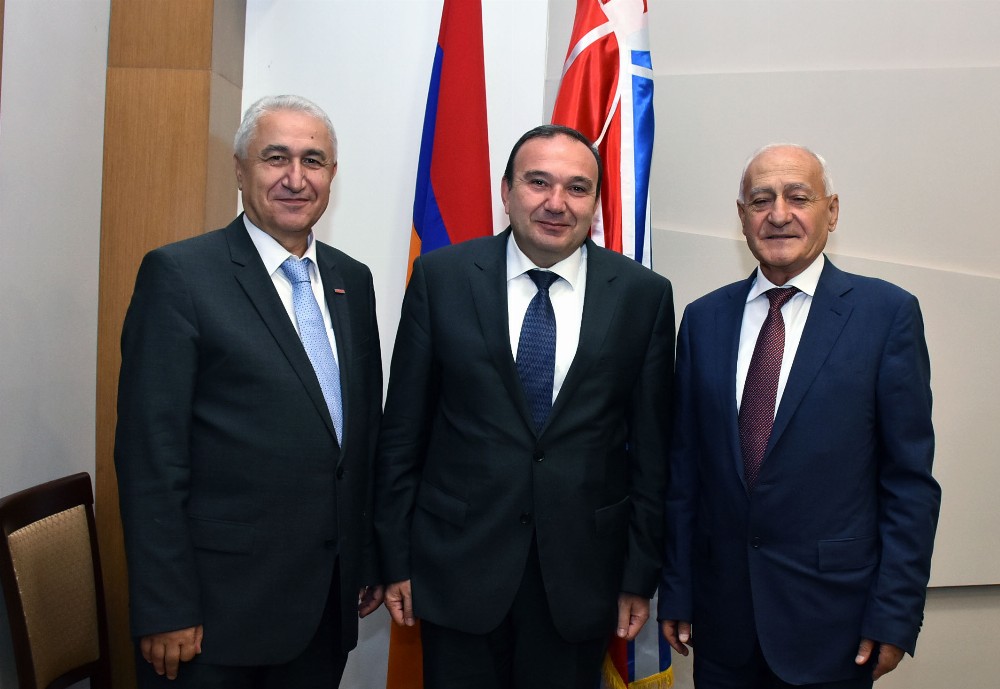 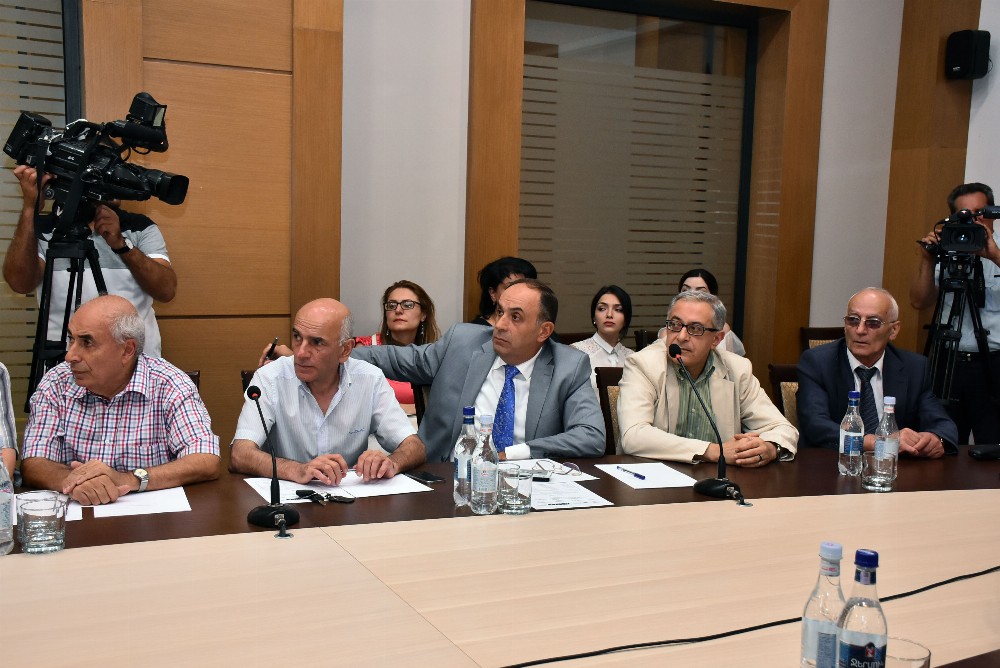 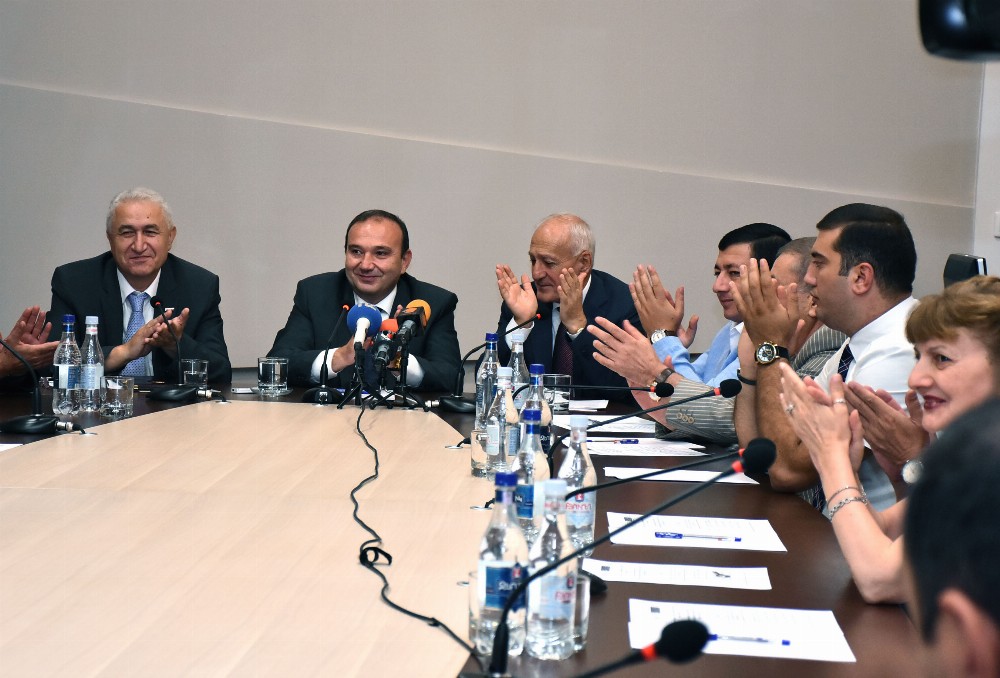 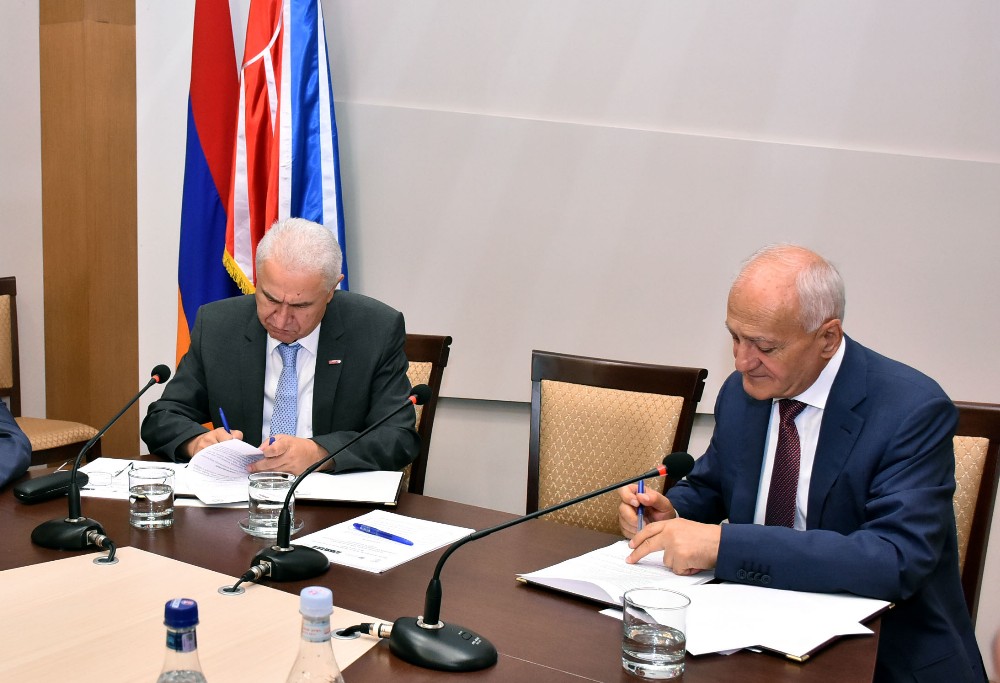 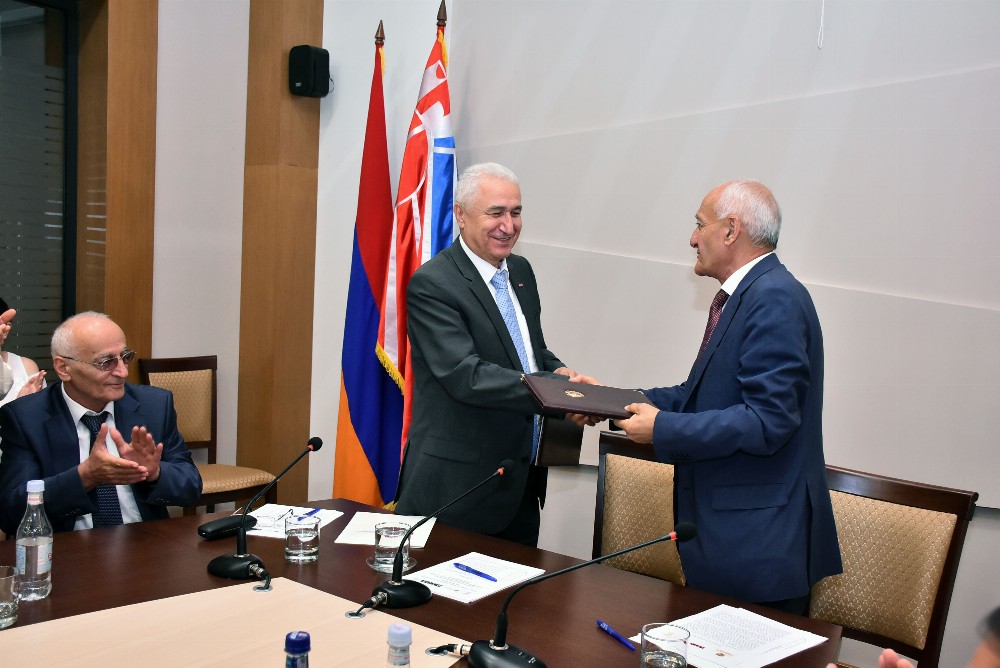 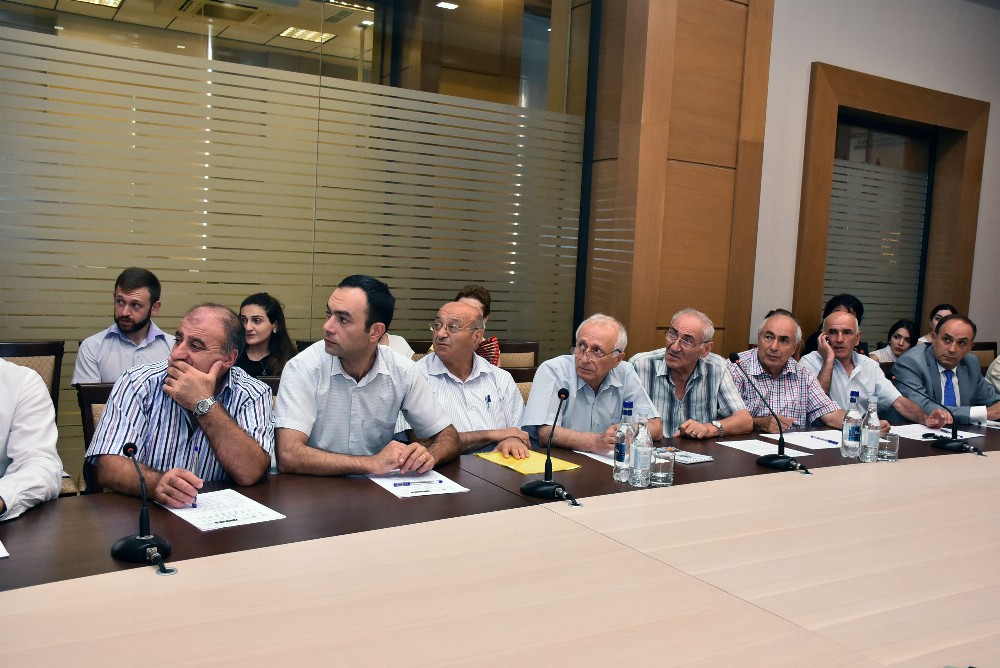 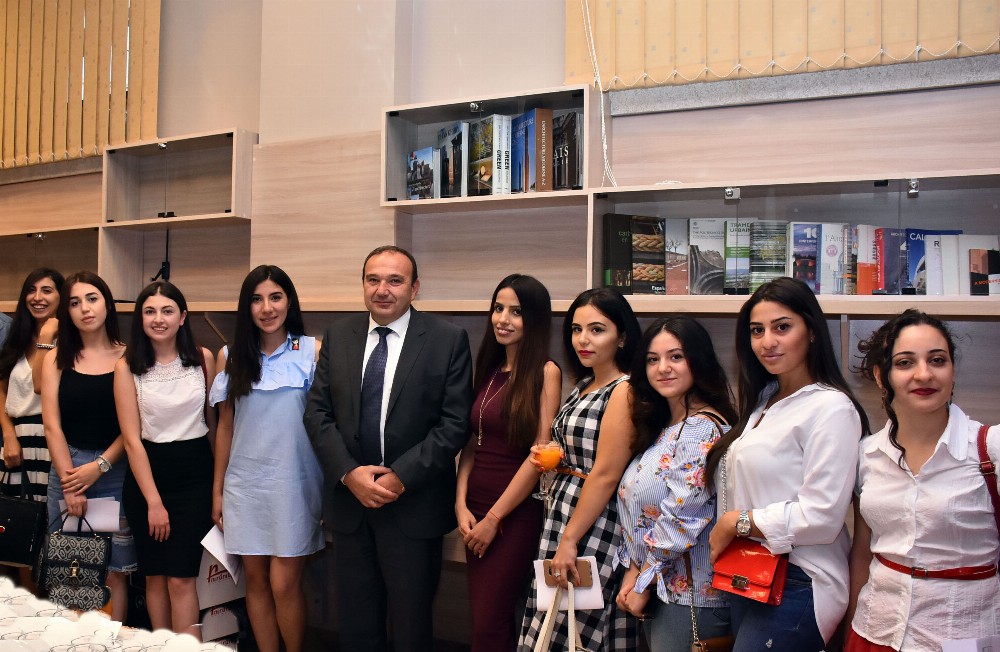 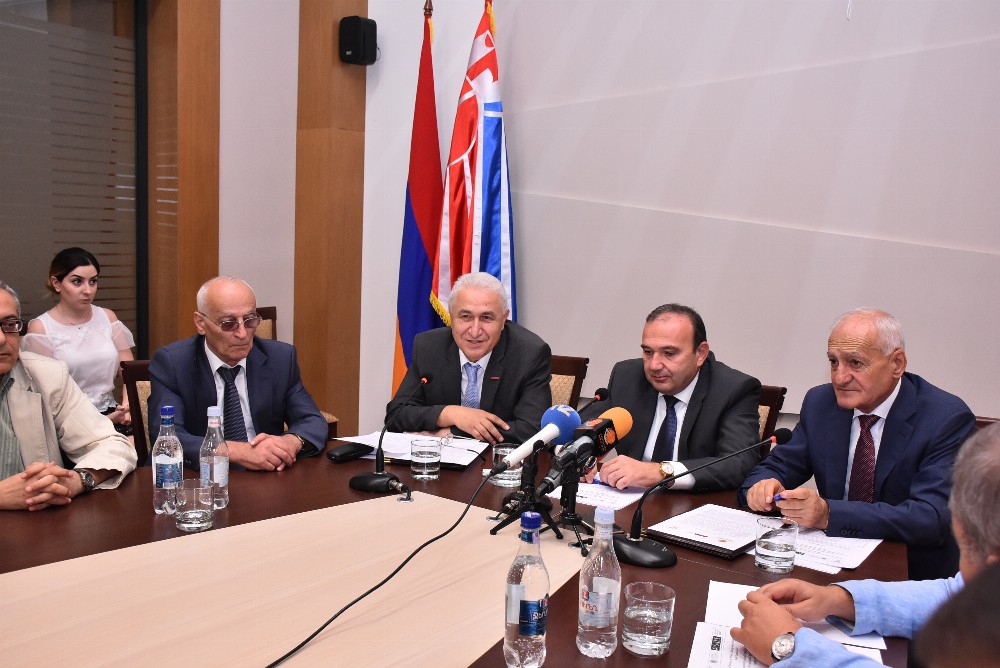 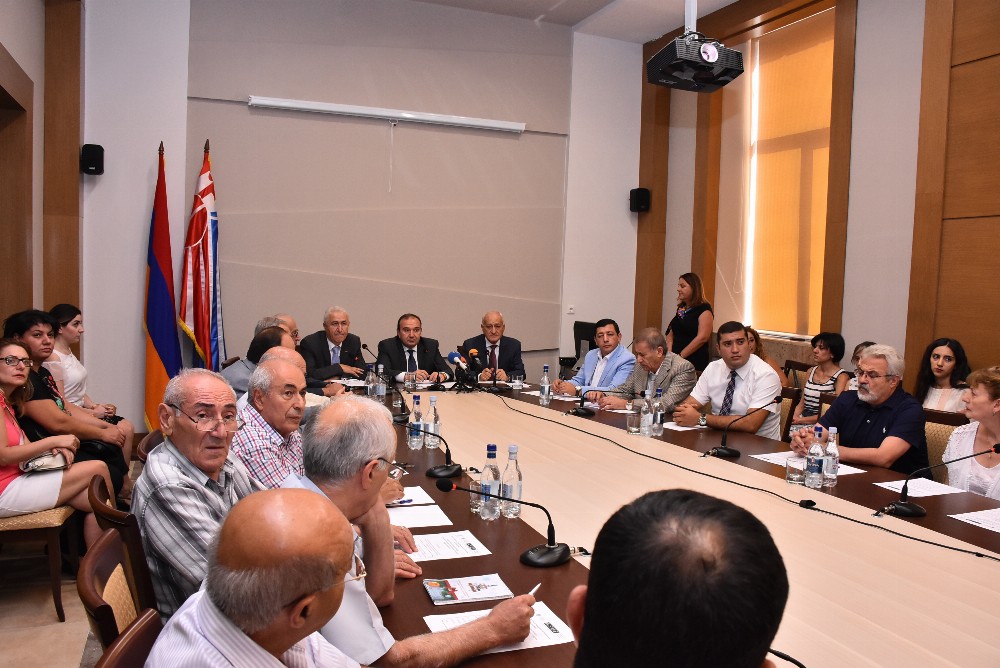 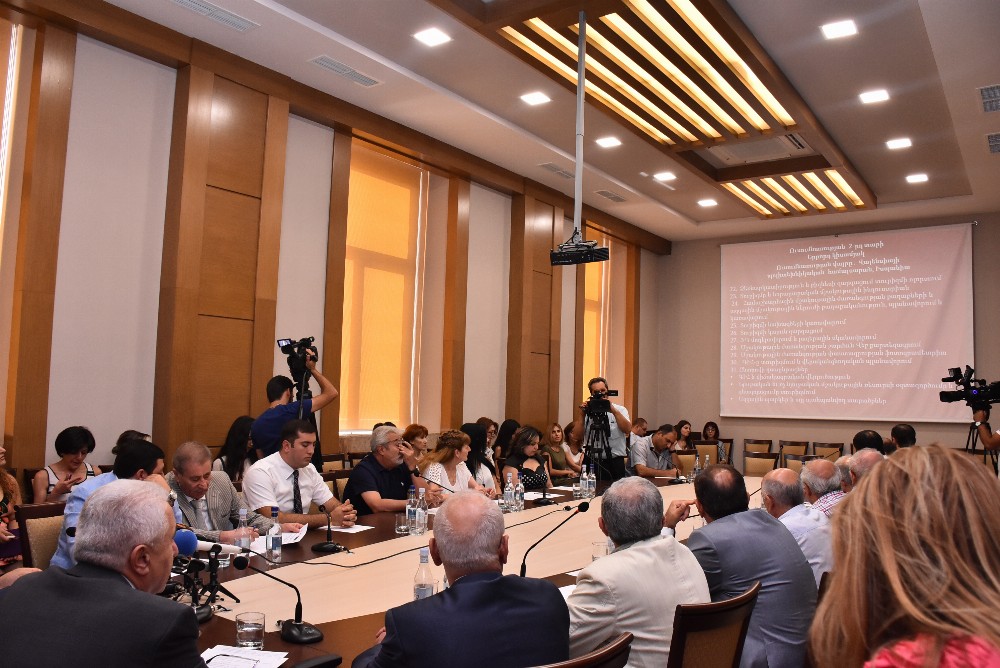 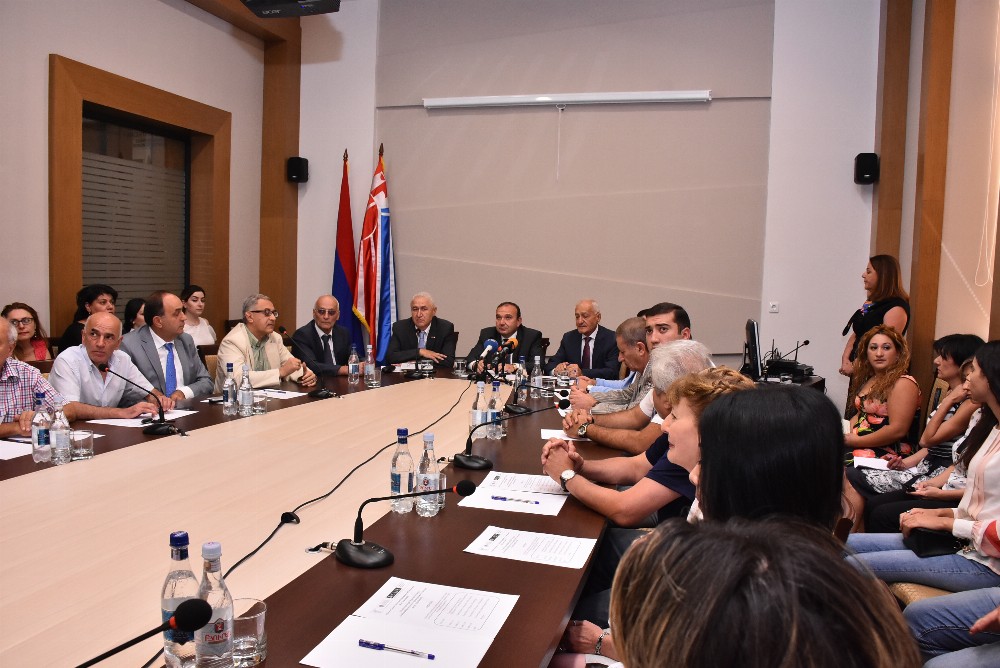 Today, the kickoff meeting  of the “Project Management” Master’s Degree program carried  out joint  by Polytechnic University of Valencia (UPV), Armenian State University of Economics (ASUE)  and National University of Architecture and Construction of Armenia (NUACA), was solemnly  held at NUACA.

The  meeting  was  attended  by Levon Mkrtchyan, Minister of the  RA  Education and Science,  employees  of  academic  and  administrative  staff of  ASUE  and NUACA headed  by Rectors – Koryun Atoyan and Gagik Galstyan, as well as students, guests.

The  staff of the  host  University presented the  content of Master’s Degree program.

The idea of a joint educational program and then developing it was carried out  through the joint efforts of ASUE, NUACA and UPV.

Contracts signed between 3 Universities have been the basis for the implementation of the project. Master’s Degree program is specialized in management of projects, tourism, historical and cultural heritage and geo-information systems. The program is built on interconnectivity, which implies combining economic management and technical, architectural knowledge.

This is an unprecedented example of cooperation between Armenian Universities, as the Universities recognize each other’s academic processes and outcomes -carrying  out credits’ accumulation and transfer. Duration of the program is 2 years: the first-year-study is carried out in Armenia at ASUE  and NUACA, the second-year-study at Polytechnic University of Valencia, where the defense of the Master's thesis and awarding diplomas are planned. The students will be awarded diplomas both by the Armenian Universities and the Polytechnic University of Valencia.

Gagik Galstyan, NUACA Rector, Professor, congratulating the authors and beneficiaries of the program, considered the launch of the program an important event, stating that the  University  staff  had enthusiastically accepted the program.

NUACA Rector highlighted that the  University of Valencia,  with  such rich history and traditions, has welcomed the  idea  of  carrying out joint Master’s Degree  program and expressed hope  that  this initiative has the  potential  to grow  and to develop.

Koryun Atoyan, ASUE  Rector, Doctor of Sciences, Professor, also  made a speech, congratulating the  program beneficiaries on the launch of such an honorable, at the same time binding project. He thanked Levon Mkrtchayan for  supporting the program implementation, as well as the  Universities’ staff dealing with the program.

“The implementation of this Master's Degree program is an important initiative, first of all aimed at overcoming the challenges of the higher education system and co-operating with international education developments. It  aims to raise the quality of Master’s Degree education, to prepare students for the labor market requirements, giving  them practical  knowledge.

Using the  strengths of our two Universities and the Polytechnic University of Valencia, the joint educational program will contribute to the improvement of teaching quality and methods, testing  and introducing new  forms of  management of academic process”; stated ASUE  Rector.

Levon Mkrtchyan highlighted  the program  implementation and stated that  the  World  Universities  are in search today  and in this context, Master’s Degree education enables to improve specialties  and to match them closer to the needs of the labor market.