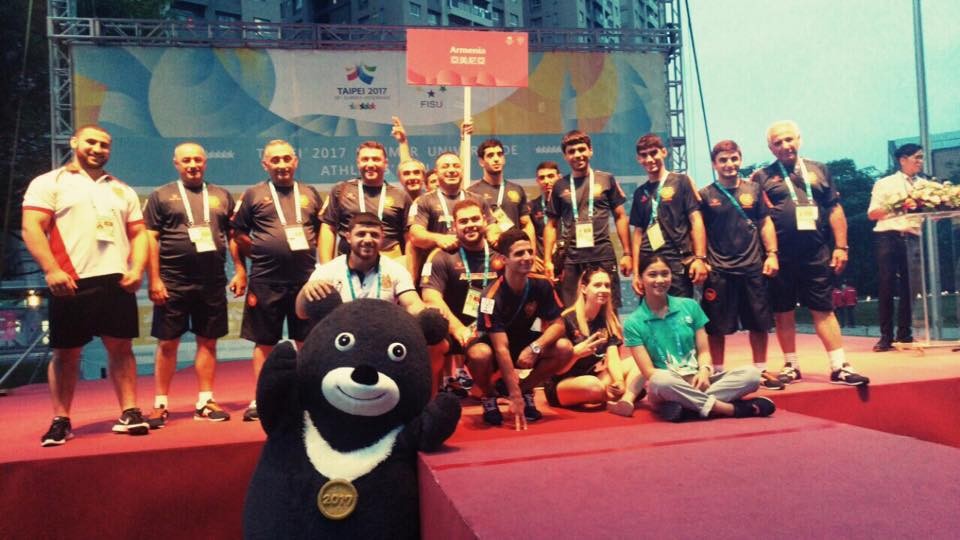 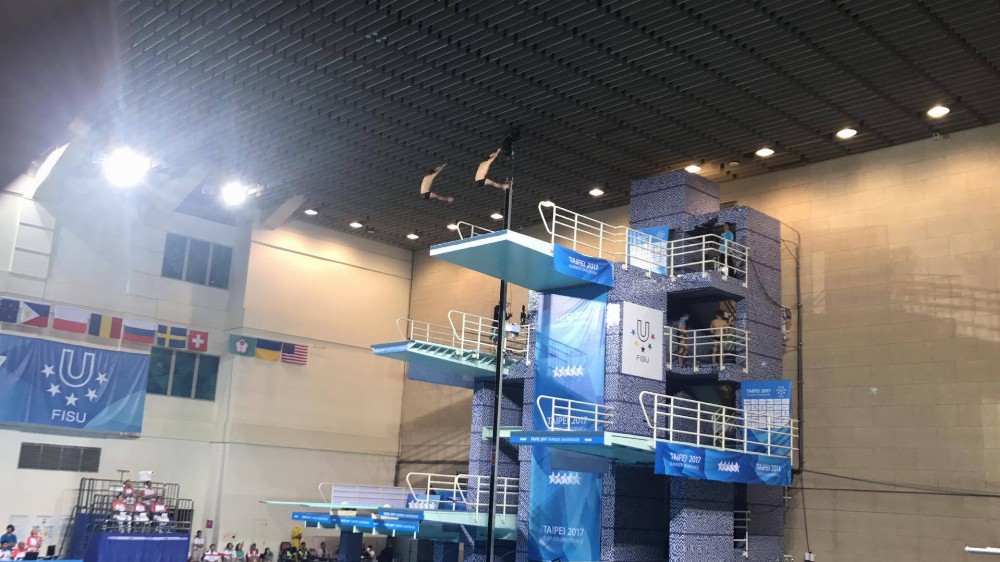 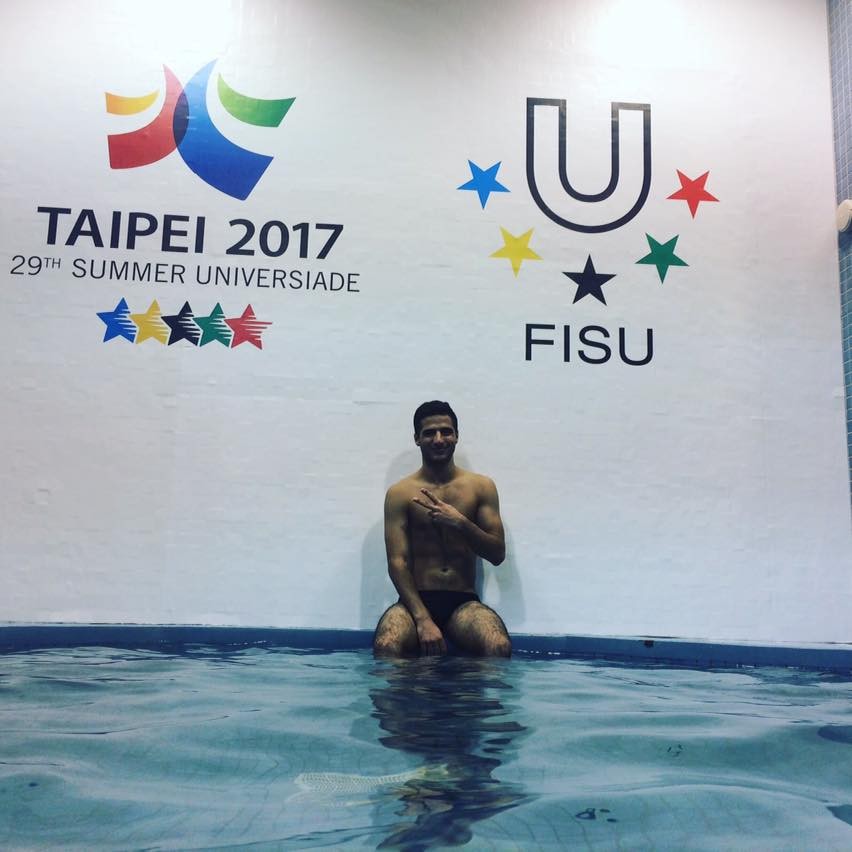 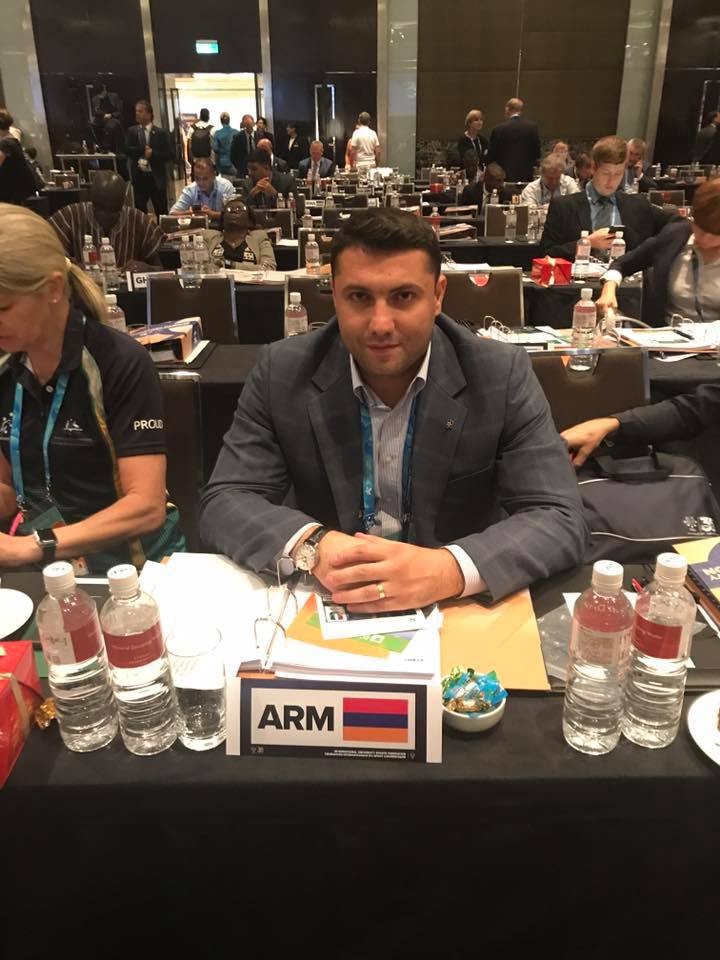 Vladimir Harutyunyan, student of Department of Marketing  and Business Organization, diver, was among 16 sportsmen representing 7 sports from Armenia.

The RA delegation was  headed by  Hovhannes Gabrielyan, the Chair of ASUEPhysical Training,  Emergency   Situations and Civil   Defense, Member of the Presidency of the Student Sport Federation of the Republic of Armenia, who  has summed  up the Universiade, stating that Armenian sportsmen had won 6 medals – 3 gold  medals, 1 silver and  2 bronze ones, and  occupied the 24th among the 144 participating countries.

It is noteworthy that this year for the first time in the history of the Universiade, Armenia has double champion - Arthur Tovmasyan (sports gymnastics) and won 3 gold medals.

“Our student Vladimir Harutyunyan passed to semifinal winning the 16th place (10 meters tower), and won the 6th place in the final synchronous jump, which is a high achievement in the Universiade”; Head of  our  delegation stated.

We  congratulate the Armenian sportsmen  and  wish  them new  achievements.