Book is the best friend for all times. The Book Donation Day was celebrated at ASUE 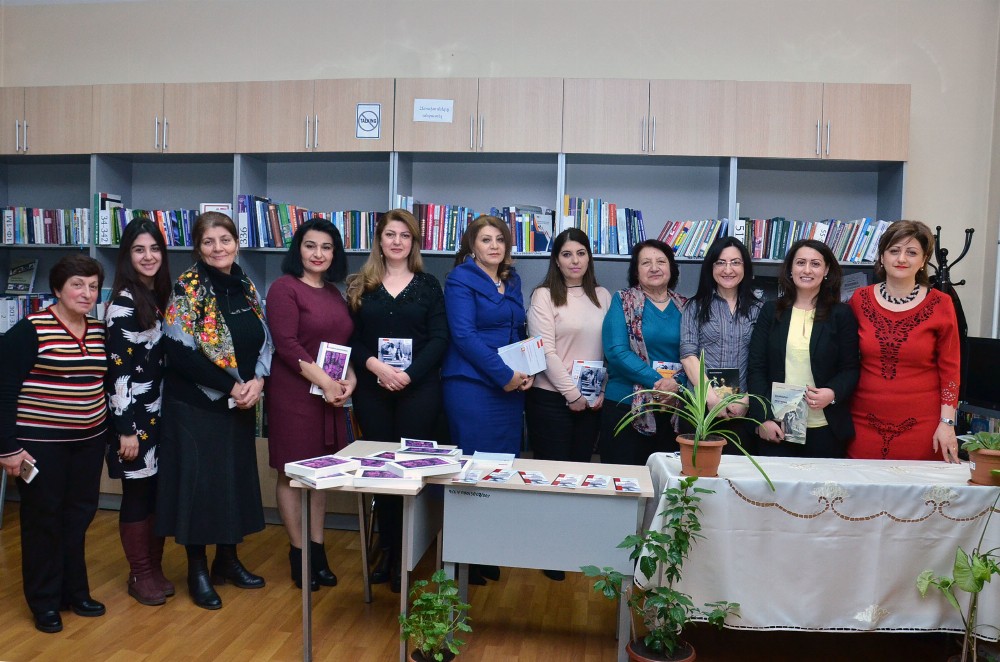 A nice event of February 19 gathered ASUE book-reading lovers at the Academic Reading Hall after Mushegh Adonts. The University Library organized an event dedicated to the Book Donation Day and the birthday of the great man Hovhannes Tumanyan. The guest of the event was the program coordinator of the Friedrich Ebert Foundation, Liana Badalyan. The library's director Armine Hovhannisyan, library staff, academic staff, and students were present. In her welcoming speech, the director highlighted the invaluable role of the book in human life and then presented the guest, emphasizing that Friedrich Ebert Foundation and ASUE Library was partners for already one year.

Later was a book presentation. Liana Badalyan drew attention of the readers to the recently published "Political Economy", noting that it dealt with the political thought of the 19th and 20th centuries, and included prominent authors’ translated and republished versions. The book presents to the reader the political-economic works of Friedrich Von Hayek, John Maynard Keyns, Karl Marx, as well as Armenian prominent authors, Tadevos Avdalbekyan and Leo.

The representative of the german foundation donated a gift-package of books to the library, which included the "Political Economy" and a number of books published by the foundation. Anna Ter-Movsisyan, Head of ASUE Bookkeeping Division, presented Liana Badalyan with Hovhannes Tumanyan's  "Akhtamar" book in five languages.

At the end of the event, the book-lovers continued discussions about reading, books, their favorite ones in a friendly atmosphere at the sweet table.