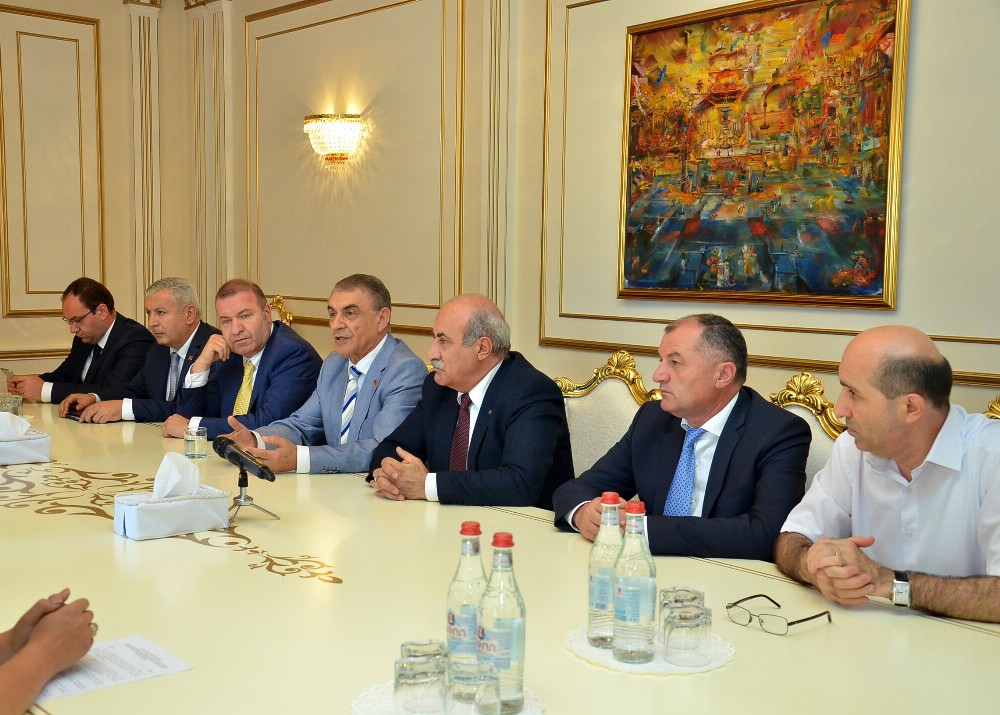 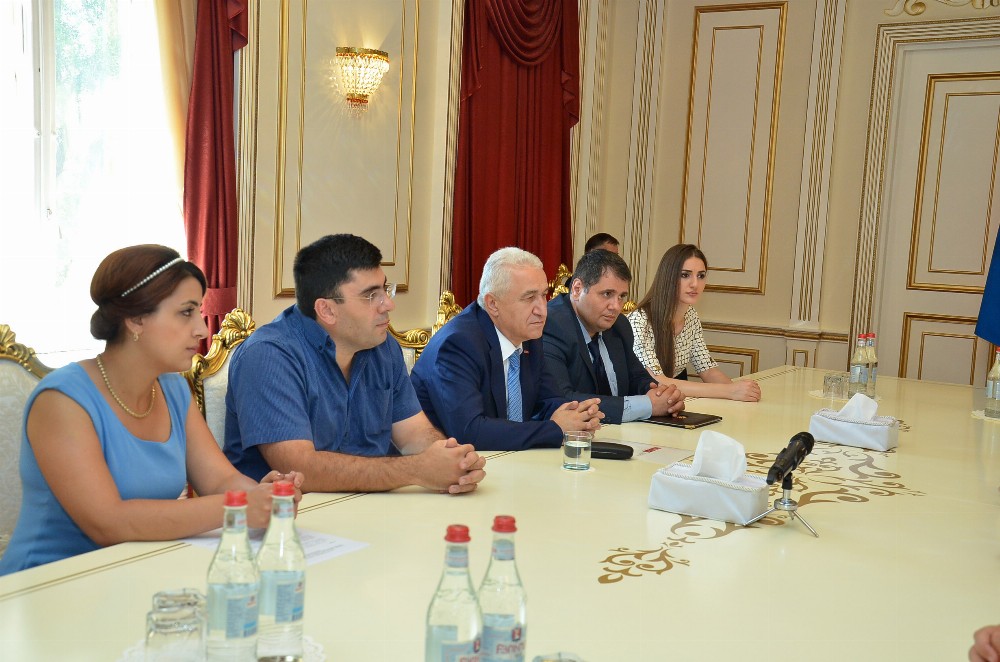 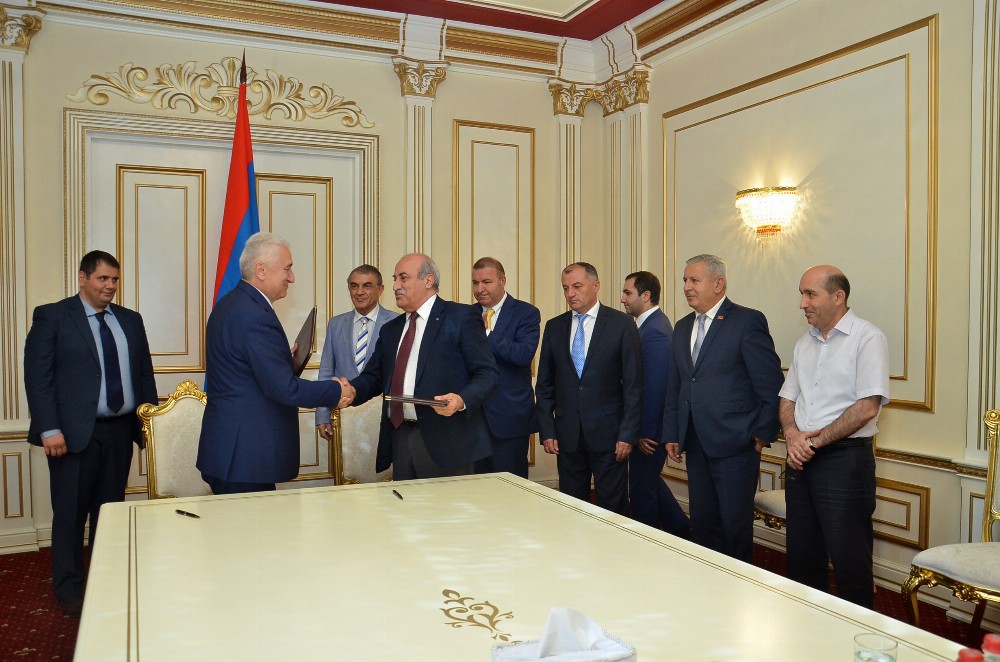 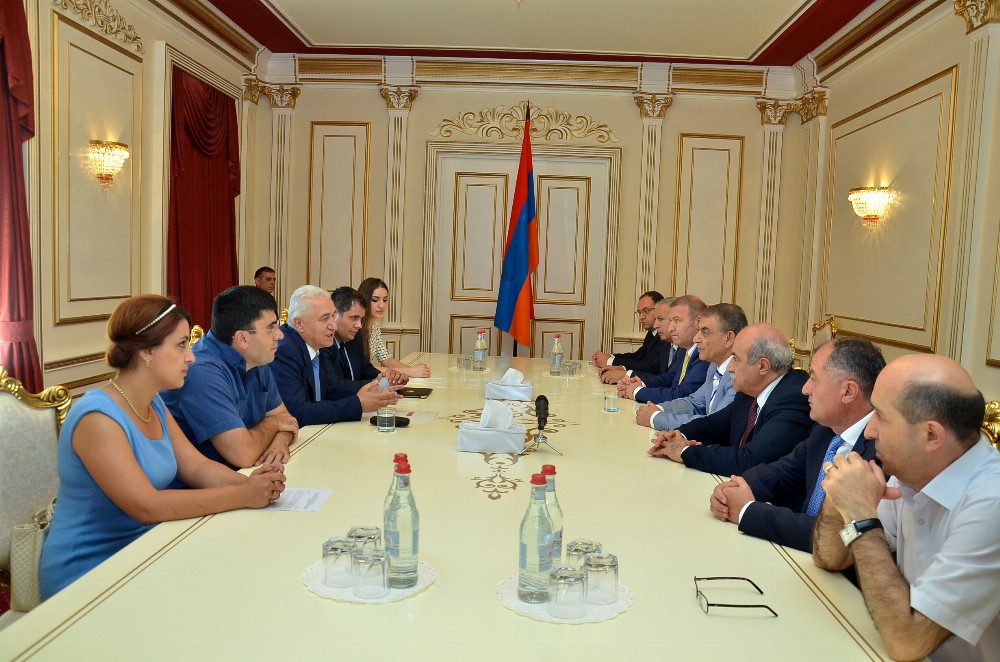 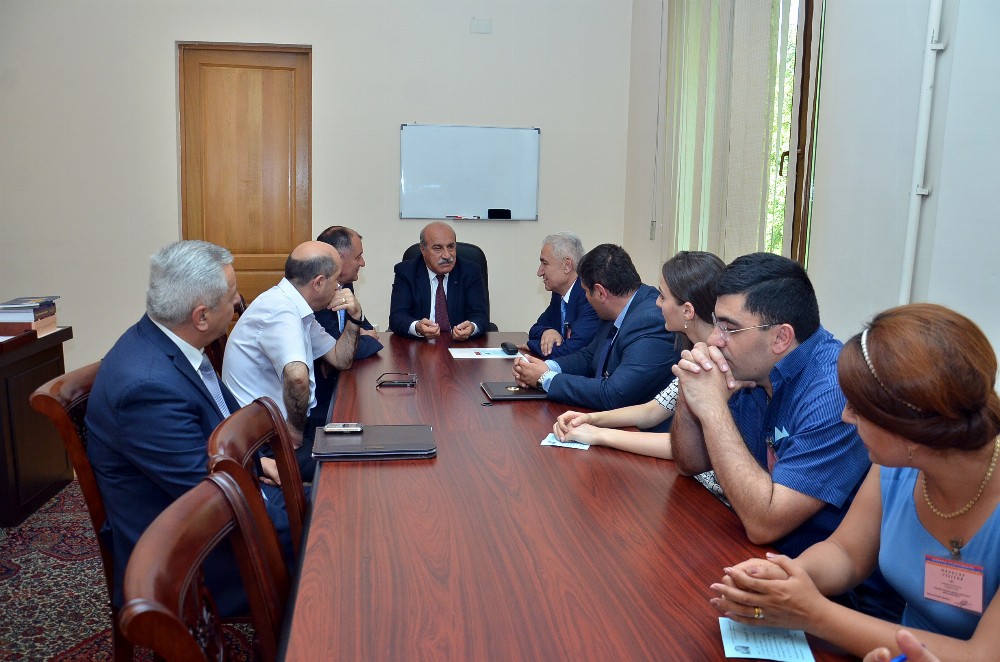 Ara Babloyan noted  that the  RA NA  has adopted a new approach - close cooperation with professional organizations, awareness of the processes that concern the public, which is important for the economic development of our country.

The Speaker of the RA National Assembly wished productive work to the cooperation opening a qualitatively new page  and  assured  that the RA NA will give a key to open the doors of the world’s best libraries.

Koryun Atoyan introduced the period of formation and development of “AMBERD” Research Center, achievements and current team’s activities, expressing  hope  that the Research Center will provide good results for the legislative body.

Khosrov Harutyunyan stated  that this  cooperation will create a unique platform for dialogue and debate, which will build capacity  and scientific basis  for development.

Mikayel Melkumyan, welcoming the cooperation, noted  that being well aware  of the scientific and research potential of his native University, believes that it is appropriate to assess the capabilities of young scientists, as well as believes in the success of cooperation.

Armen Grigoryan assured  that the  team will do  the  best to justify the opportunity given to them, noting that it is an unprecedented cooperation in Armenia, at the same time  a great responsibility  and commitment to him and his partners, as  they  will  act as an expert and advisory independent partner structure of the NA Standing Committee on Economic Affairs  and will try to make their contribution to the improvement of the legislation and the development of economic thought.

At the  end of the meeting Khosrov Harutyunyan  and Koryun Atoyan signed a cooperation memorandum.

An agreement was reached that the ASUE on behalf of “AMBERD” Research Center becomes a scientific adviser-partner of the RA NA Standing Committee on Economic Affairs.

Before  the memorandum signing,  Khosrov Harutyuan received  ASUE representatives in his  office.  During the meeting Khosrov Harutyunyan attached importance to the effective cooperation of the parties in the law-making and practical field, expressing hope  that ASUE  scientists will demonstrate their professional potential maximally.

Koryun Atoyan highlighted the necessity of forming a flexible professional team within the framework of cooperation, whose hand will always be the pulse of the economy and will respond to the problems that arise in different areas.