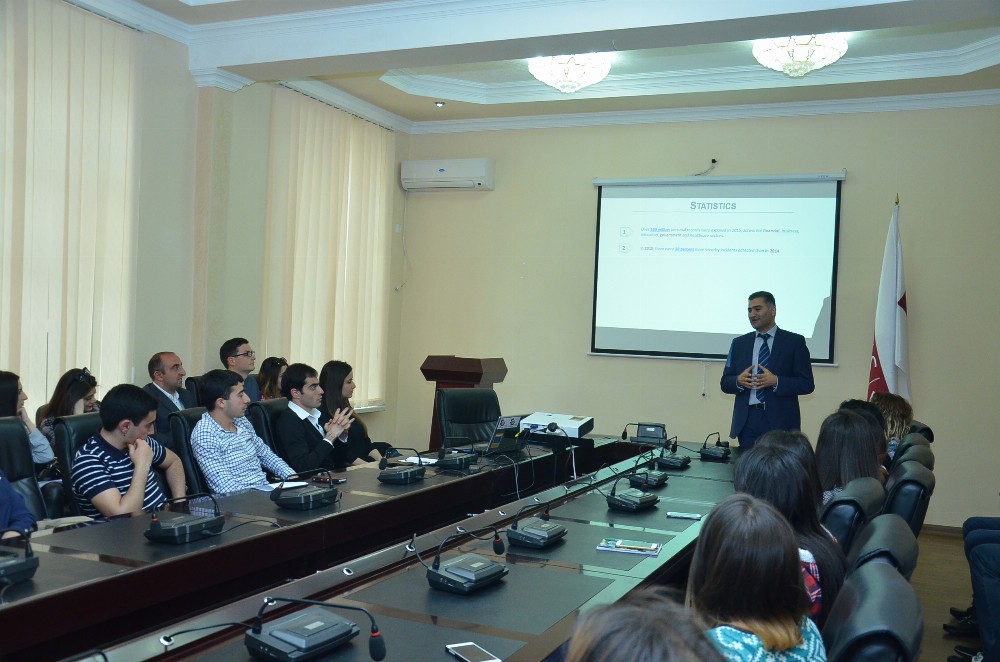 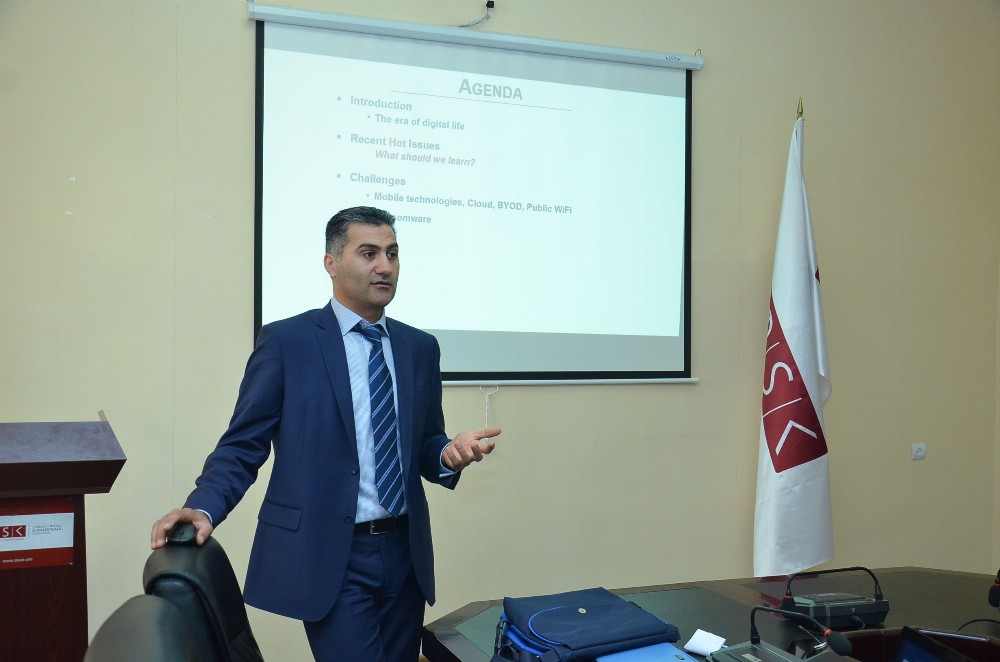 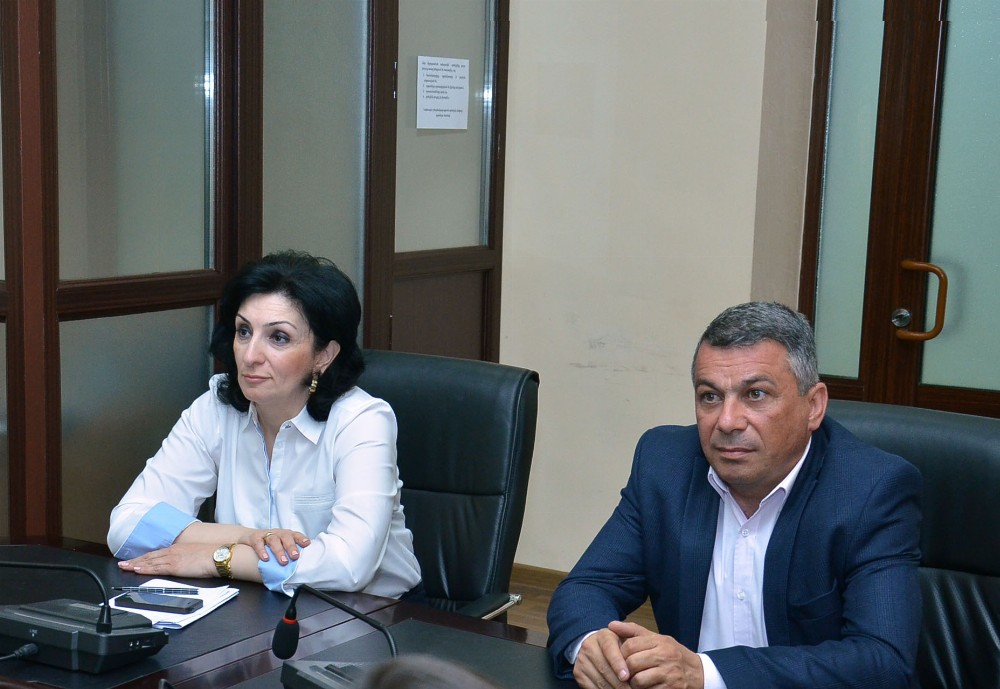 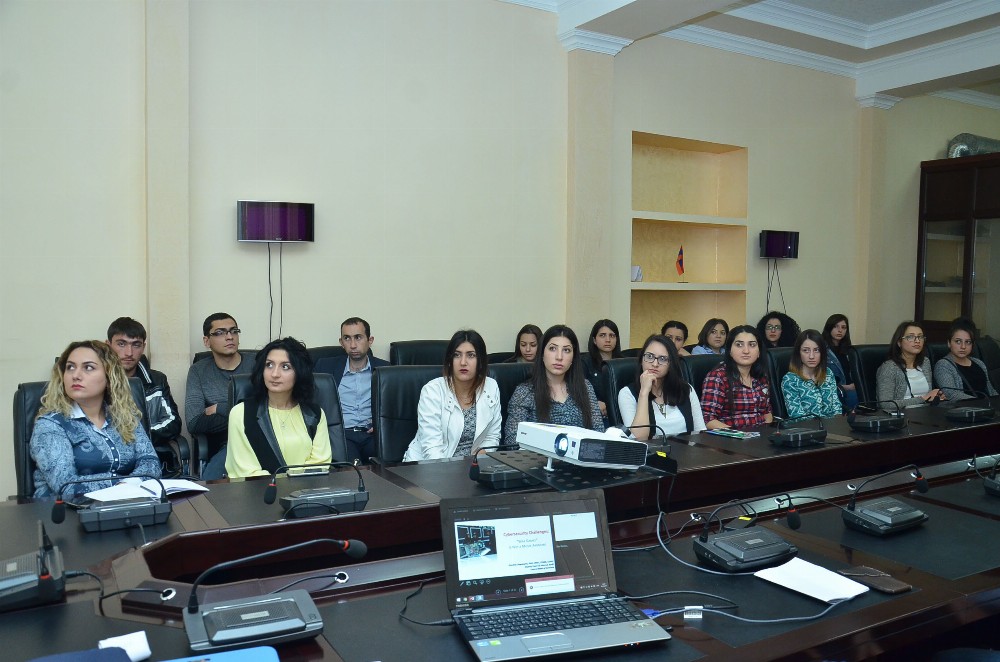 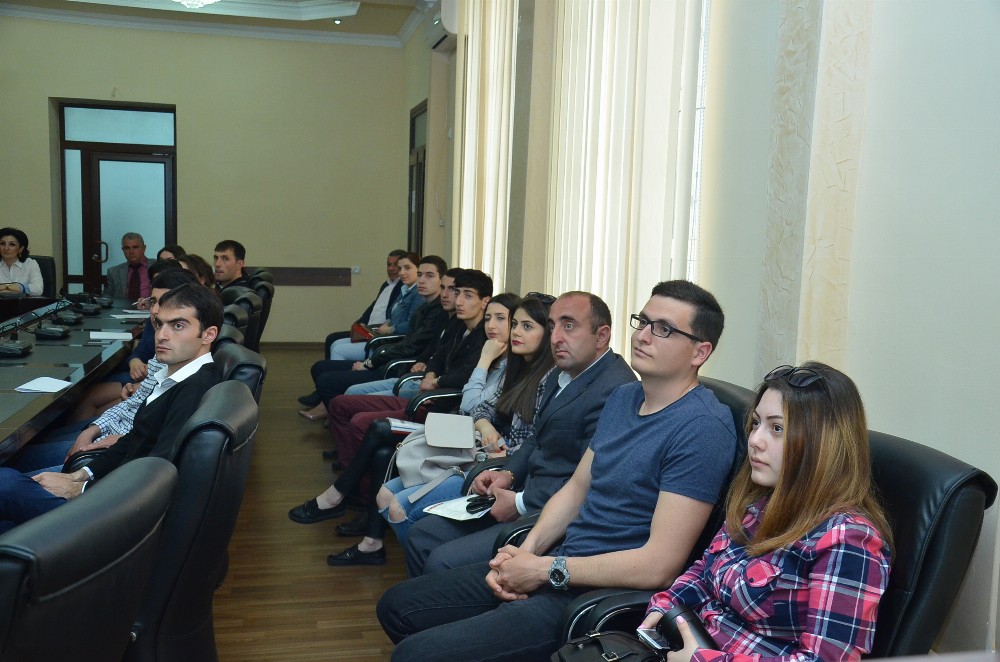 Today, Komitas Stepanyan, Deputy to the RA CB Chief Auditor, PhD in Physical and Mathematical sciences,  awardee of CRISC, CRMA, CobIT, spoke on IT audit and risk management features and similarities, as well as current issues of information security. The  open lecture was organized by the  Chair  of Managerial Accounting and Auditing, and  attended by Liana Grigoryan, Head of the  mentioned  Chair, professors, undergraduate  students  of Bachelor’s  and Master’s degree.

Komitas Stepanyan called  his lecture “Challenges of Digital Life”. Referring  to people’s lifestyle in the era of new technologies, he quoted; “According to scientists, 80% of people  first takes his phone to wake up”, then stated how people depend on digital technologies. Going on, the speaker drew attention to how easy to manage people’s life by new technologies.  In this context, actual problems  of  IT  and challenges  of digital era were discussed, extensive reference was made to the hacking attacks (financial sector, social networks, etc.).

The CB employee submitted interesting statistics - hackers stole 169 million personal data in 2015, hacker attacks in 2015 have been more than 40% of such cases in 2014.

Note, that the  Chair of Managerial Accounting and Auditing conducts such lectures aimed at promoting students to acquire practical skills, strengthen theoretical knowledge.