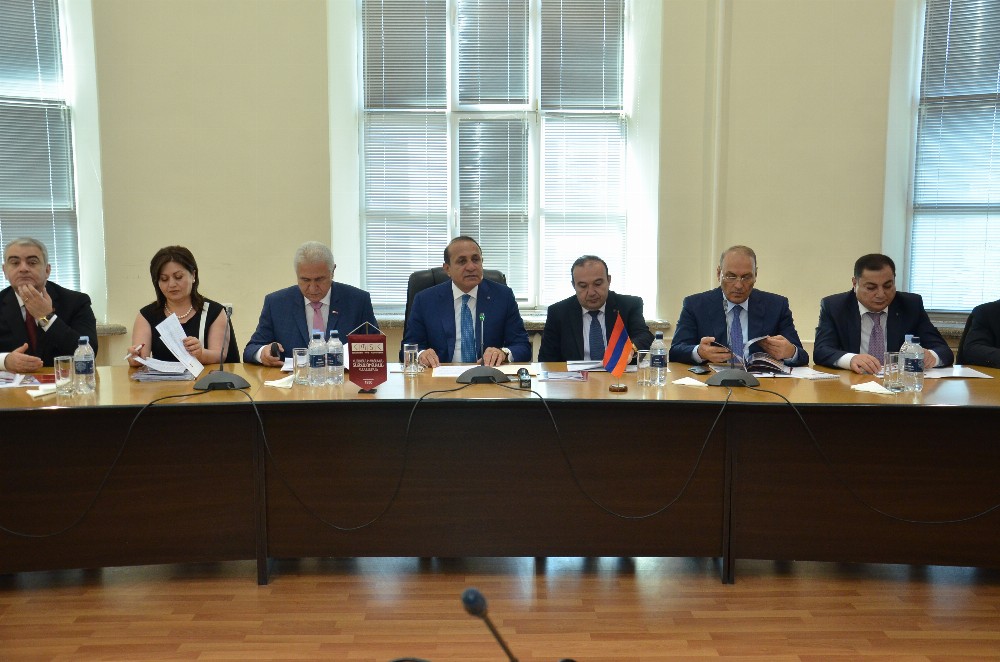 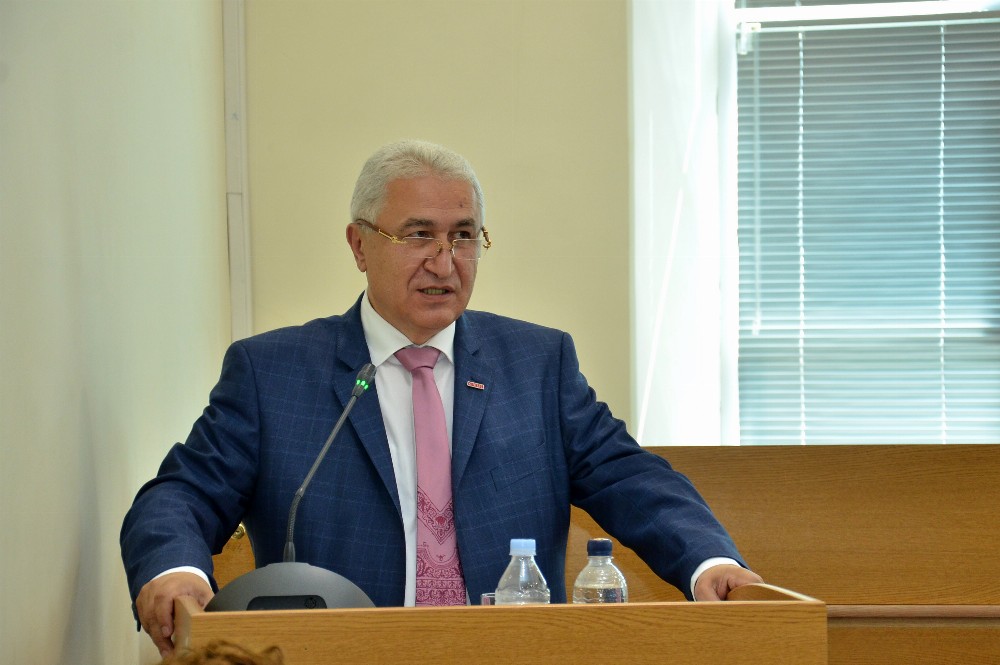 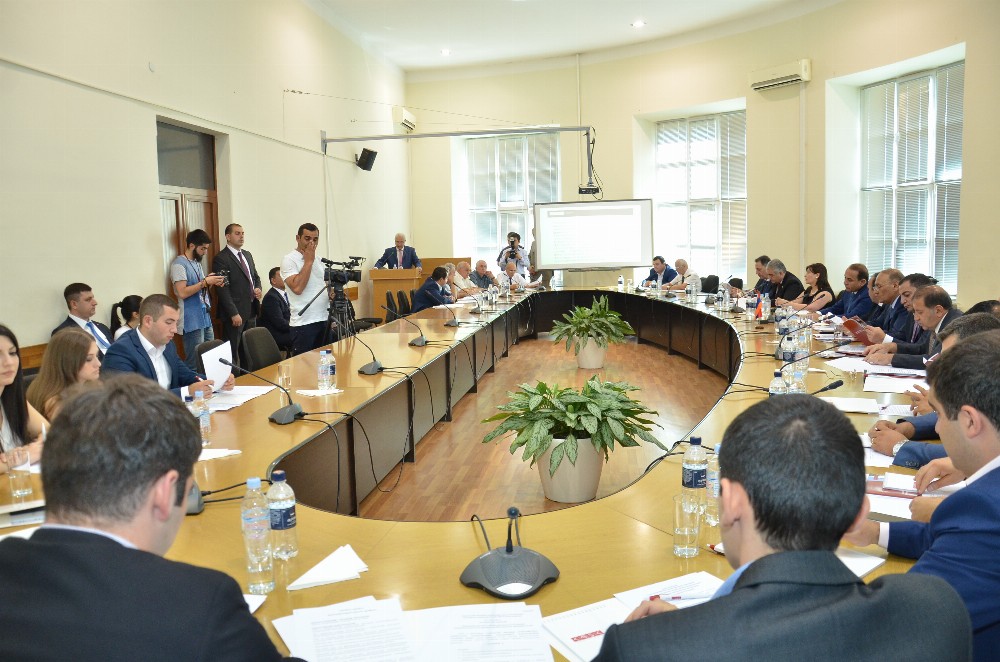 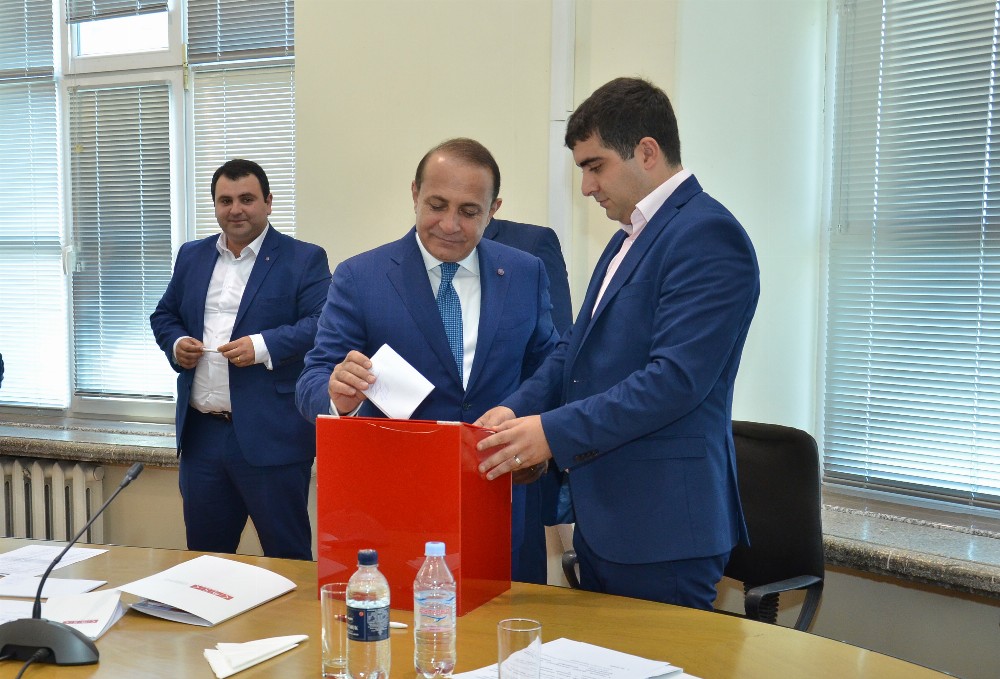 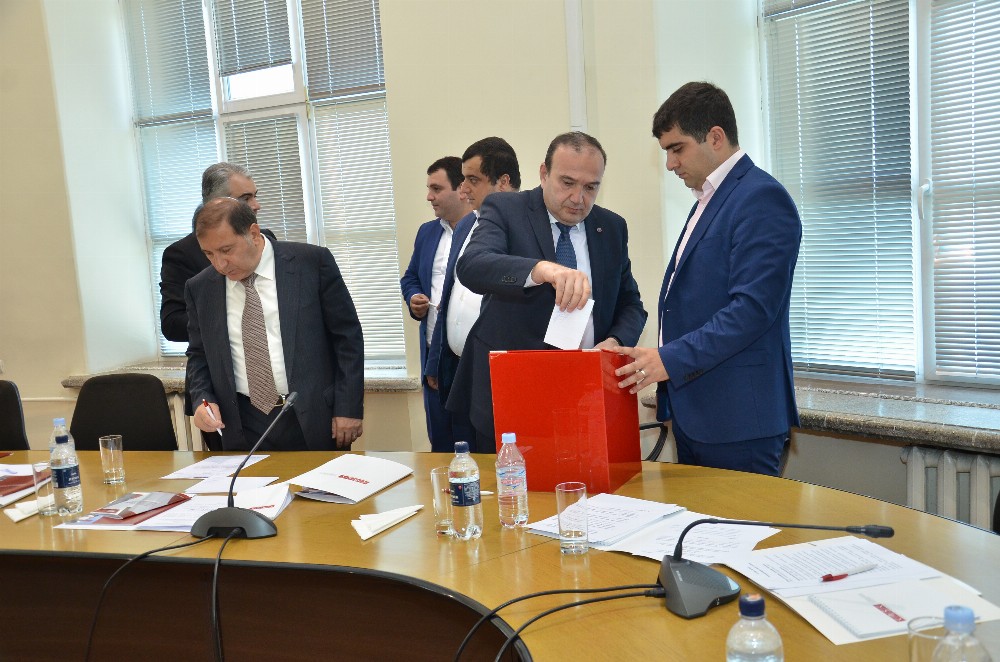 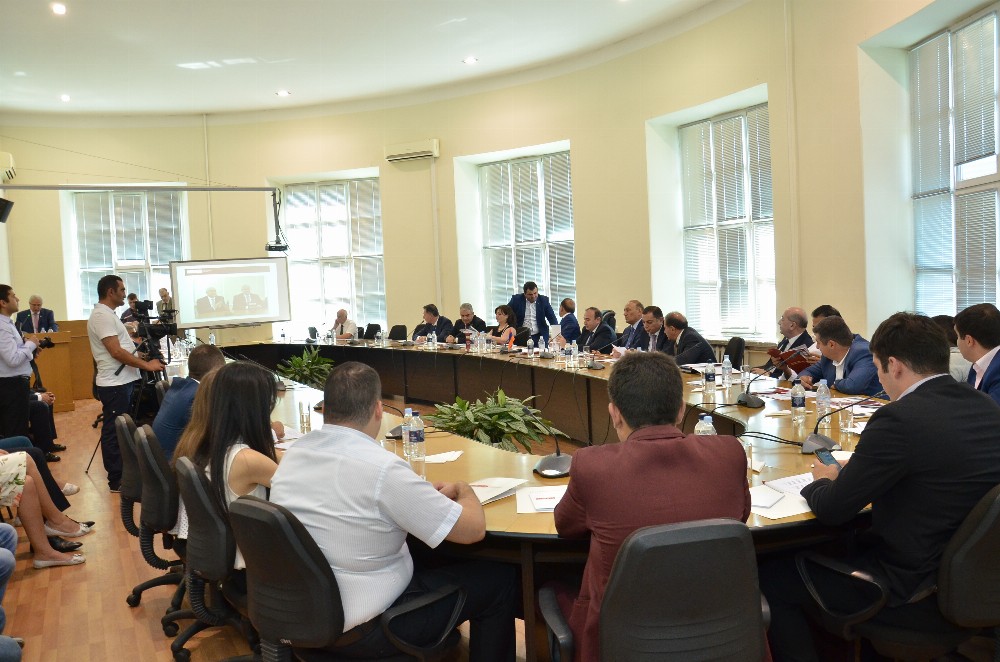 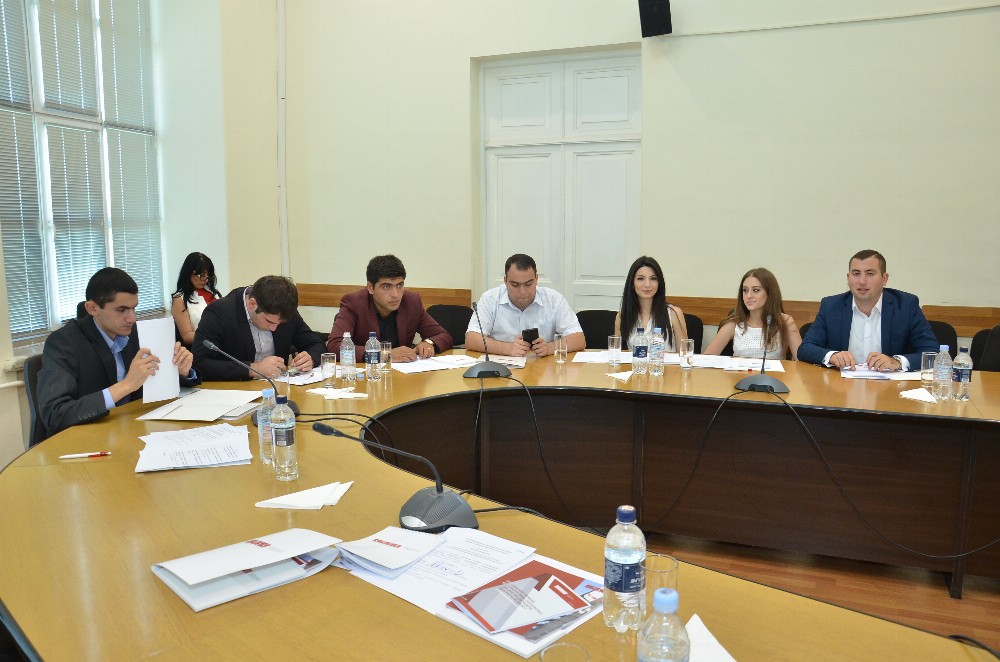 Today,   session of  ASUE  Board  was  held, headed  by Hovik  Abrahamyan, the  RA  Prime  Minister,  Chairman  of  ASUE  Board. Levon  Mkrtchyan,  Minister  of  the RA  MES, the Board  members  attended the  session.

Koryun Atoyan,  acting  Rector, Doctor in Economics, Professor, presented  the  first  issue  of  the  agenda “Discussion  and approval of the 2016-2020  development  strategic  plan  of  Armenian State  University of  Economics”. Before  presenting the  content  of  the  plan  Koryun Atoyan mentioned  that the  strategic  plan, which  was drawn by a previously formed  group, has  been  approved by  the  University  Scientific Board.

After the  presentation of  strategic  plan the  Board unanimously approved  it.

Referring  to  the  2016-2020  ASUE  development  strategic plan,  the  Prime  Minister  Hovik  Abrahamyan  highlighted that the  University  has  been reformed  during the  past 5  years, a  number  of development  projects  have  been implemented, the  institution  has  been equipped  technically and technologically, the  academic  plans  have  been  improved, a  number  of  social  projects  have  been  carried  out, foreign  relations have  been activated, clearly regulated cooperation  with  the  labor  market  has  been  set,  to which the  RA  Government attaches great importance.

Prime Minister said that educational reforms are required and increasing the quality and efficiency is primary in all levels of education. Hovik Abrahamyan  mentioned  that that vocational higher education reforms are necessary and dictated by the demand of the time.

The  second  issue  of  the  agenda is the election of  the  Rector  of  “Armenian State  University of  Economics”  State Non-Commercial Organization.

The  acting  Rector reported  on a  five-year-activity  referring  to the  most  important  activities,  main achievements.  The  whole  speech  of  Koryun Atoyan is  available  HERE(Armenian version).

After  the  speech,   the  secret ballot of  ASUE  Rector  was  held:  Koryun Atoyan was unanimously re-elected the University Rector.

Hovik Abrahamyan  congratulated  Koryun Atoyan  and  mentioned  that the reputation  of the  University, as well  as the  Board  should  be  upheld in future.

Koryun Atoyan  expressed  gratitude  for  the  confidence  and  promised   to  contribute to  the University development  and progress by  further  activities.

The  third  issue  of  the  agenda  referred  to  changes in the organizational structure of  the  University,  which  was  reported  by  the  University  Rector.  The  board   unanimously  approved  the  suggestion.

Among  current  issues  Koryun Atoyan asked  permission   for introducing a heating system  in ASUE Financial  and  Economic  College  by the  University funds, which was  approved.