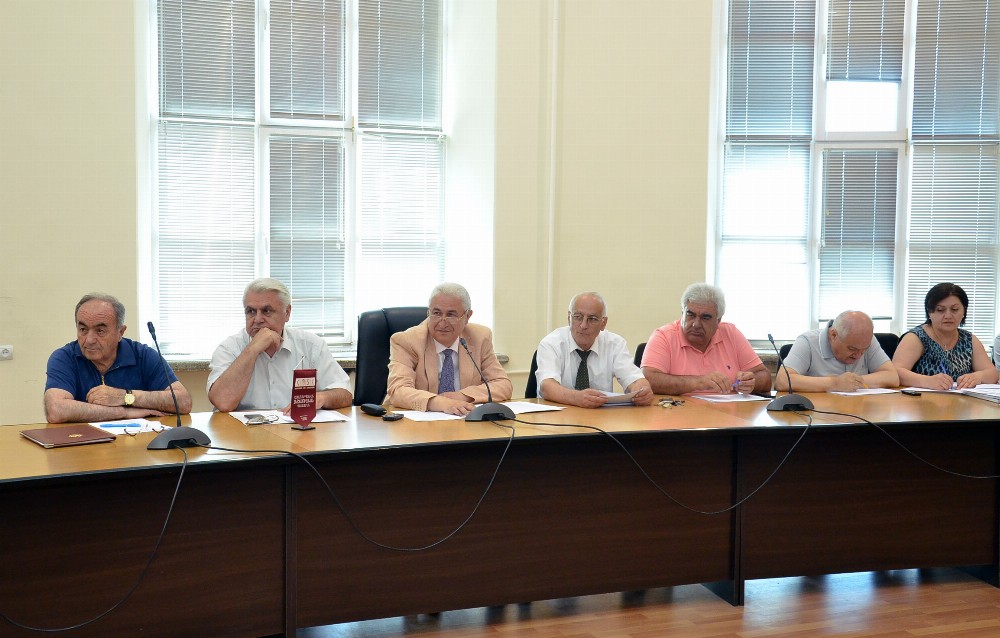 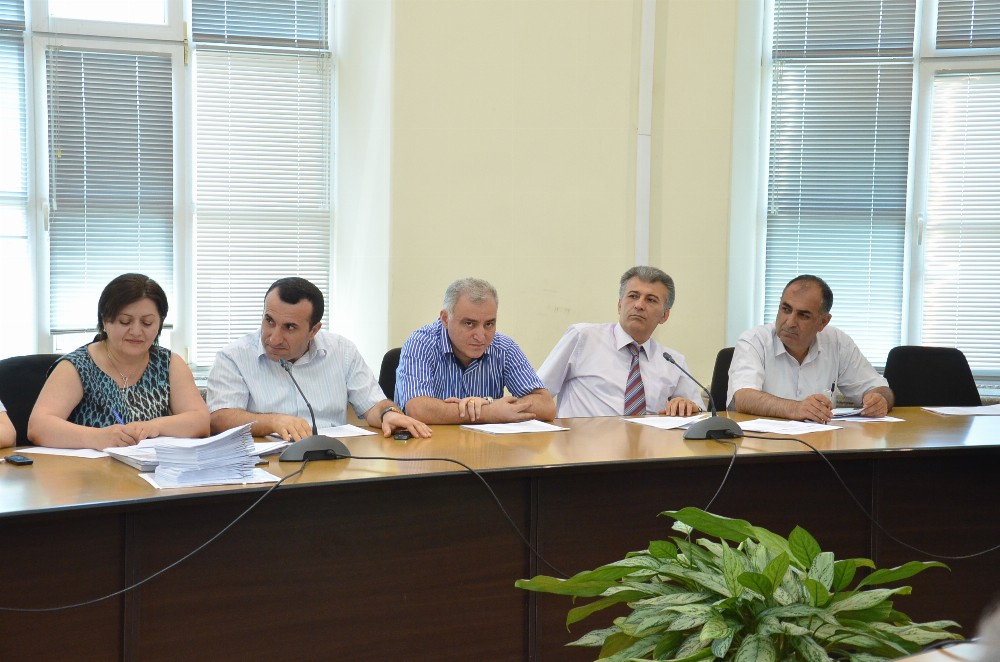 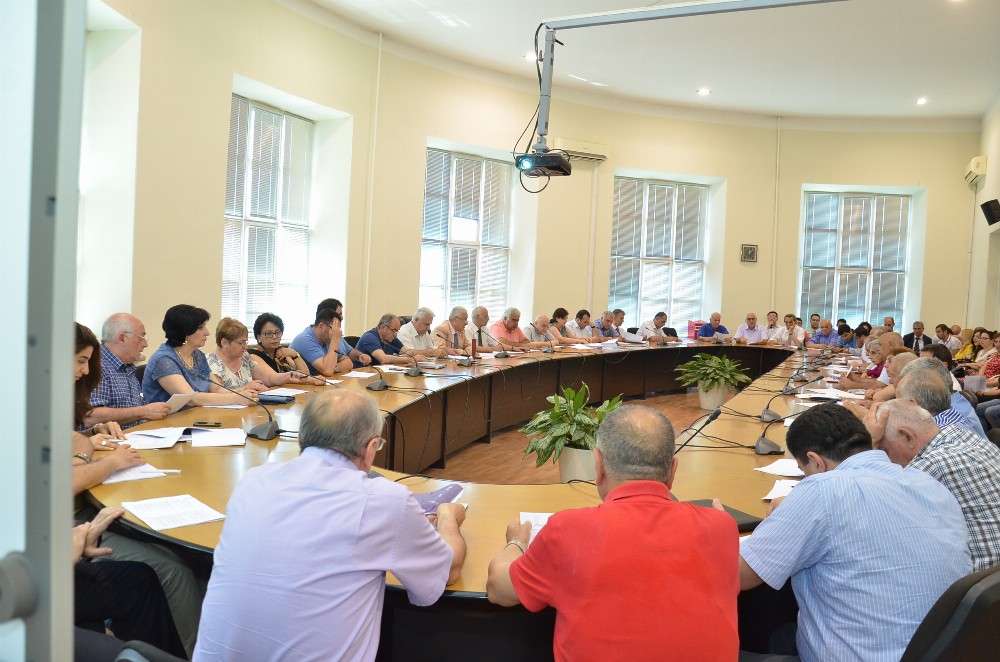 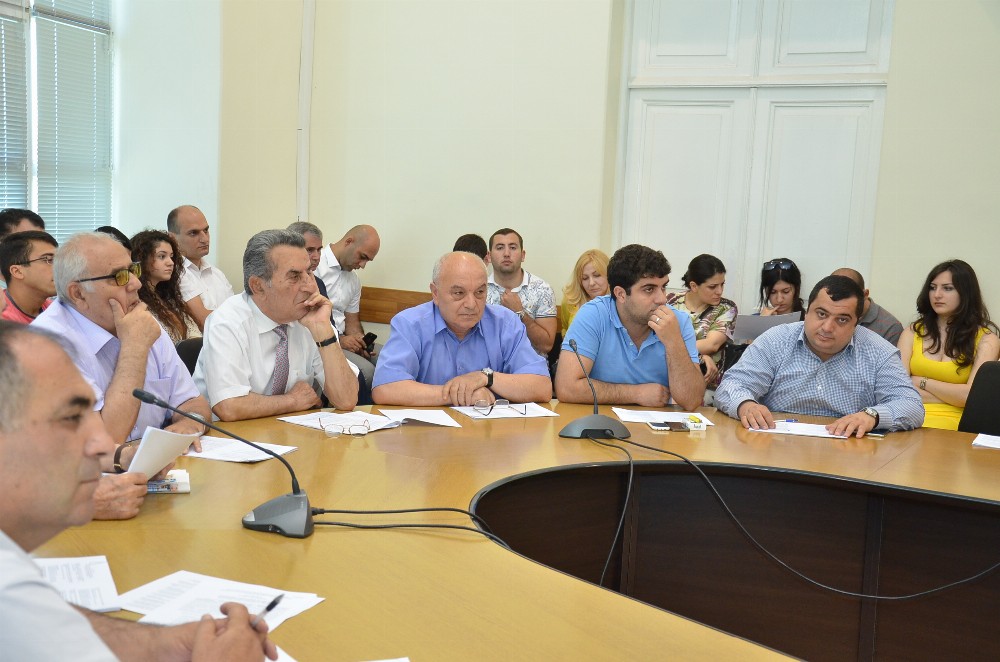 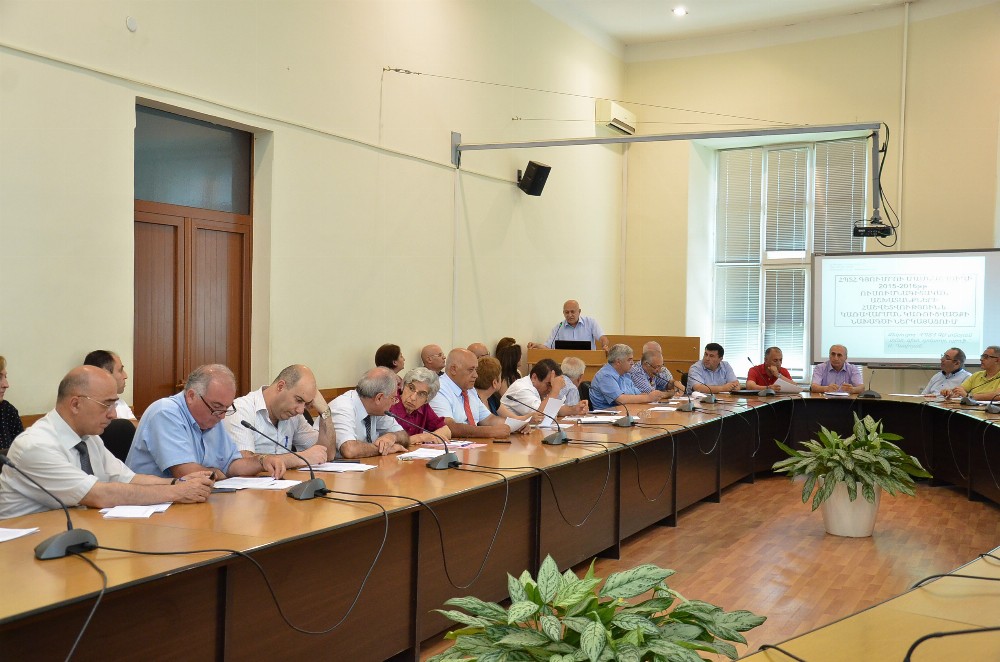 According to the  agenda Sevak Khachatryan, Vice Rector on Students  and  Alumni Affairs, reported  on organizing students’  and  collaborators’ summer rest in “Tntesaget” sport-health  resort in Dilijan. The  Vice Rector  also  informed that 20 free tickets had  been provided to Artsakh State University  by  ASUE Rectorate Board’s decision.  Discussion was  held  round  the  presented  issue in the  result  of  which 10 free  tickets  were  provided to ASUE Faculty   staff by Koryun Atoyan’s recommendation and Scientific Board’s unanimous vote.

Suren Gevorgyan, Chairman of Competitive Committee, Doctor, Professor, presented the candidates participating in the  competition of vacancies  for Associate  Professors  in the chairs.   He  clarified  the procedure for  applying the  competition, and  Koryun Atoyan mentioned  that  the current regulations need to be reformed.  Suren Gevorgyan presented  biography, scientific publications, results  of  Chairs’ vote  and  the  opinion of the Competitive Committee  of each candidate. All 18  candidates  were  put  to secret ballot and were elected.

Rector Koryun Atoyan  and  members  of  Scientific Board asked  questions  regarding the  new  structure  and  discussion was  held, after  which Scientific Board accepted  the  report  and  evaluated the work satisfactory  and  suggested  to  present  the  new structure together with the strategic development plan of  the  branch.

Paruir Kalantaryan, Vice Rector on Educational Methodological Matters, presented “The 2016-2020 strategic plan of Armenian State  University of Economics”  and  the extensive work:  questions, analysis, specified goals, objectives, priorities,  which are important in terms of regulating the future activities of the University. The  Vice Rector  thanked the  Heads of  those Chairs and  subdivisions,  who have previously read and respond to the document, submitted their observations.

The Scientific Board unanimously guaranteed the document to submit it to ASUE Board for approval.

Gagik Vardanyan, Vice Rector  of Science  and  International Relations, presented the issue of  approving dissertation topics and scientific directors. After thoroughly discussion and clarifications  the  Scientific  Board approved it. The  Vice Rector mentioned in his  speech  directed to Head of  Chairs  that academic plans  need to  be reviewed, as the list of  courses does not often correspond to international standards.

At the  end  of the  session, Koryun Atoyan reminded  that  this  was a  year-end one and  wished everyone bracing rest.