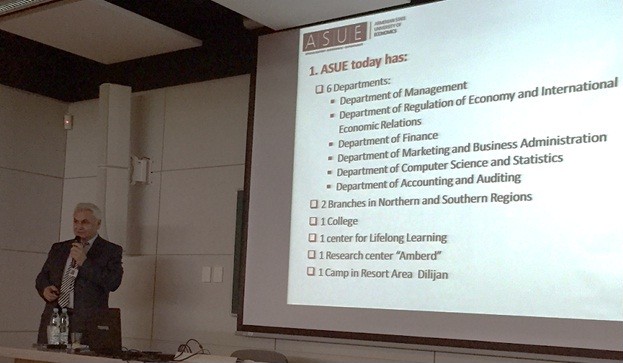 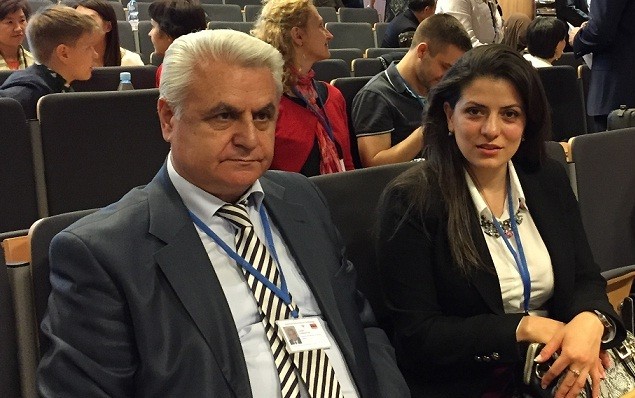 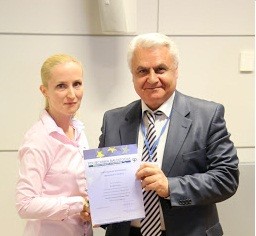 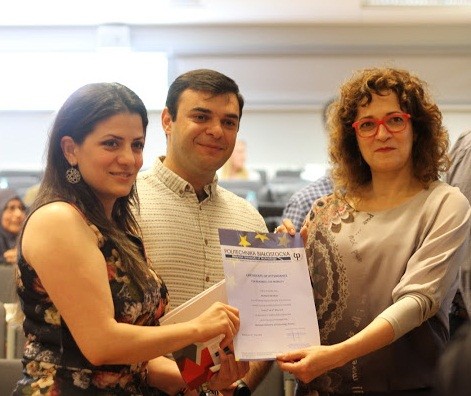 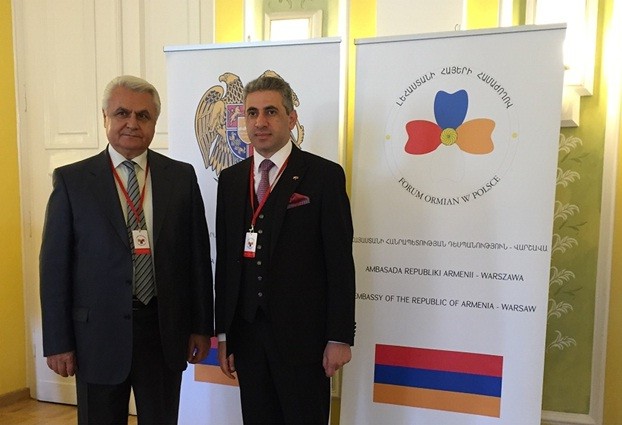 On May 9-13,  International training week  was  held in Bialystok University of Technology, Poland, within the  framework of “Erasmus+” program,  which  was  attended  by more  than 40 representatives  of  different Universities.

Gagik Vardanyan, Vice Rector  of  Science  and  International Relations,  and Maria Sahakyan, Associate  Professor  at  the  Chair of Labor  Economics, attended  the event.

Gagik  Vardanyan presented our  University  and  Maria  Sahakyan delivered  a  lecture for  students.

During  the  international week the participants visited the  University Departments,  met the lecturers, students  and  representatives  of  faculty staff.  Roman Kaczynski, the  University Vice Rector for Development and Cooperation, attended  the  meetings, and  at the  end of  the  week Lech Dzienis, the  Rector  of  the  University,  organized  a meeting   and  highlighted the  role of such  events  for  developing exchange of experience  and intercultural communication.

At  the  end of  the  week certificates  were awarded  to   the participants. Gagik vardanyan and Lech Dzienis  reached an agreement  at a  meeting  for future  cooperation.

Within the framework of  the  visit  to Poland  the  Vice Rector  met Edgar  Ghazaryan, Armenia’s Ambassador to Poland,  participated in the  first Armenian conference in Warsaw initiated by  the Embassy.