The activities of the ASUE Student Council was recognized as exemplary 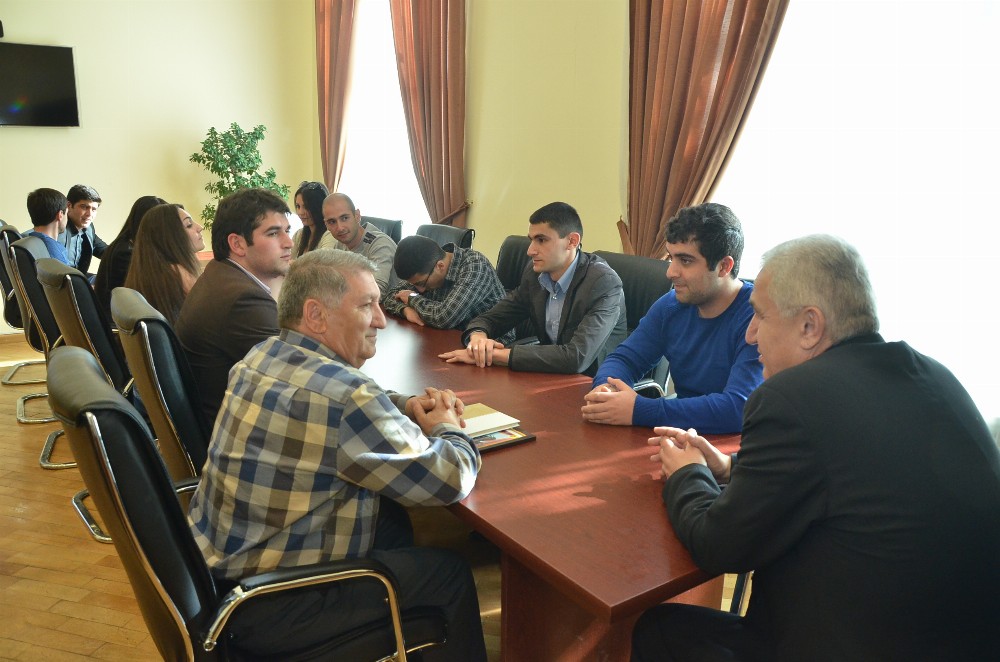 Student Council of Armenian State University of Economics, which 5 years in a row was the winner in the nomination "Best Student self-governing authority", appeared in the section "Exemplary" in "Dyutsaznagirk". Today the chairman of the Association "Dyutsaznagirk" Vardan Tovmasyan presented a magazine, as well as "Dyutsaznagirk" (certificate) to ASUE SC in the office of the rector of ASUE, Professor Koryun Atoyan, noting that he highly appreciated the work of the Student Council of ASUE.

Rector Koryun Atoyan, in his turn, highlighted the activities of the student council in various areas, particularly emphasizing the involvement of students in military-patriotic and social proscale. According to the Rector, our students achieve success also outside the university.