Panel Discussion on “Prospects of Economic Development of Artsakh” at ASUE 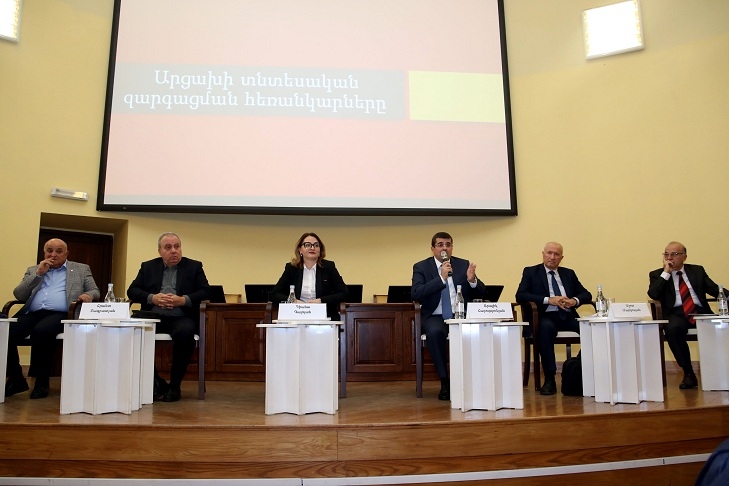 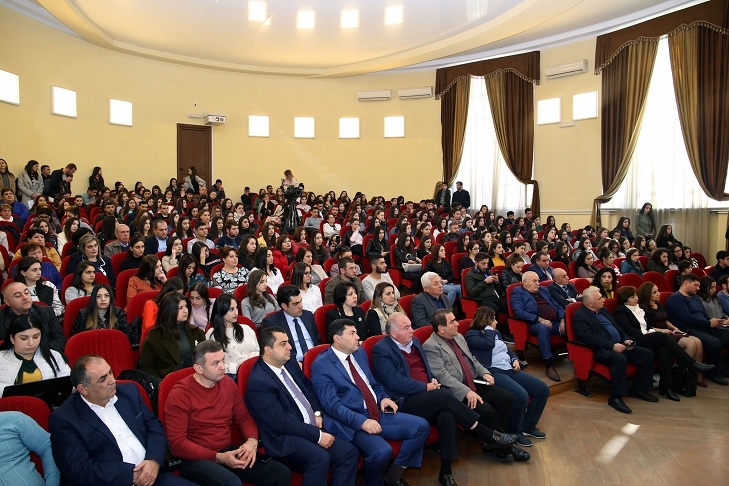 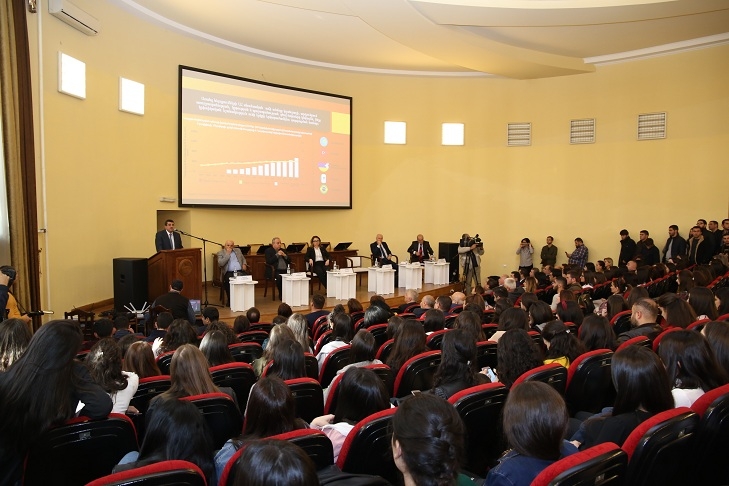 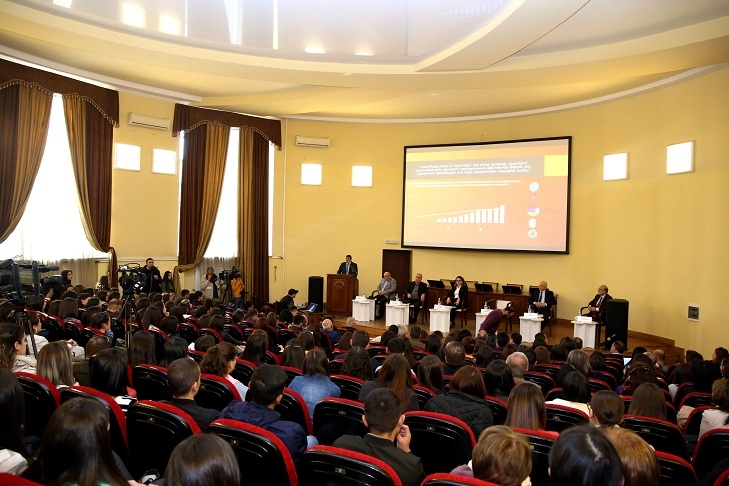 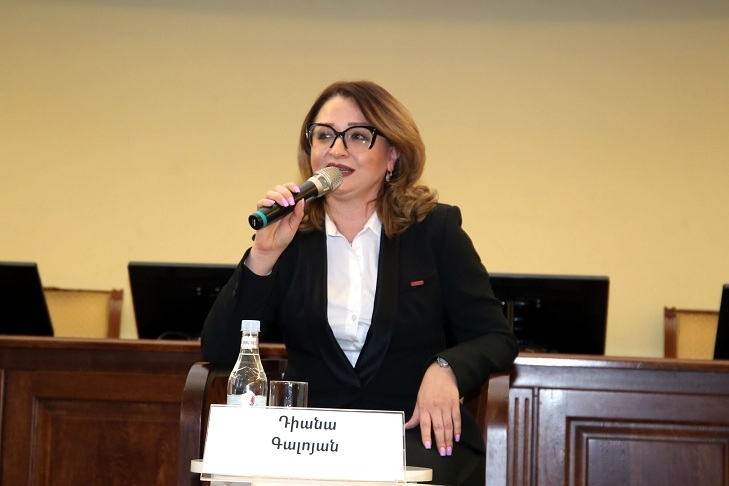 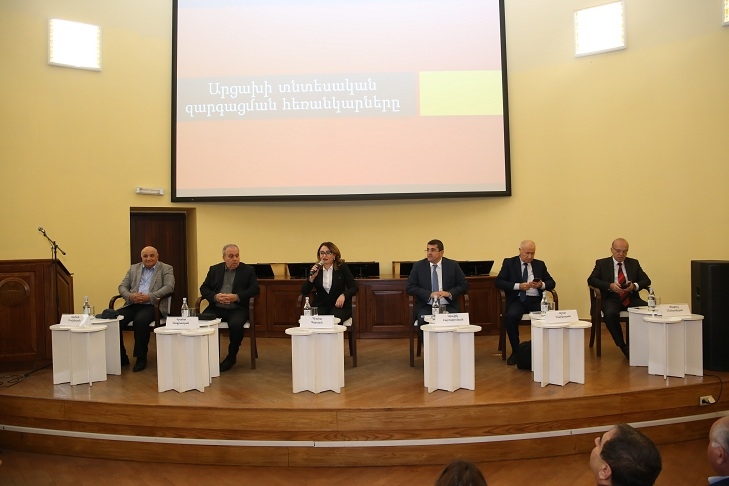 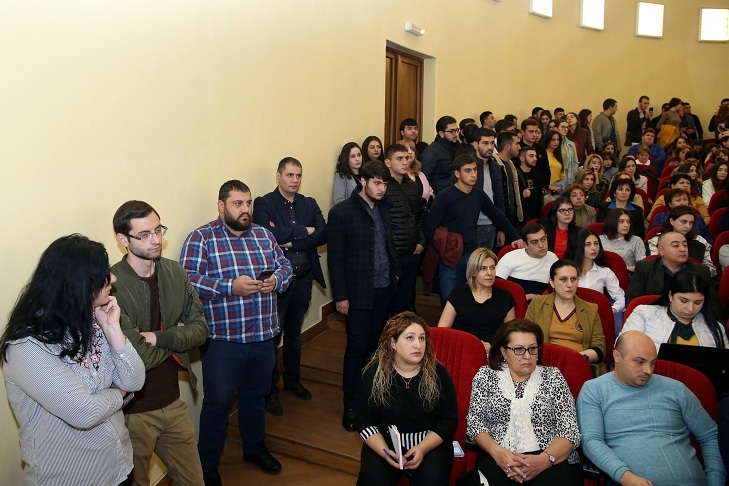 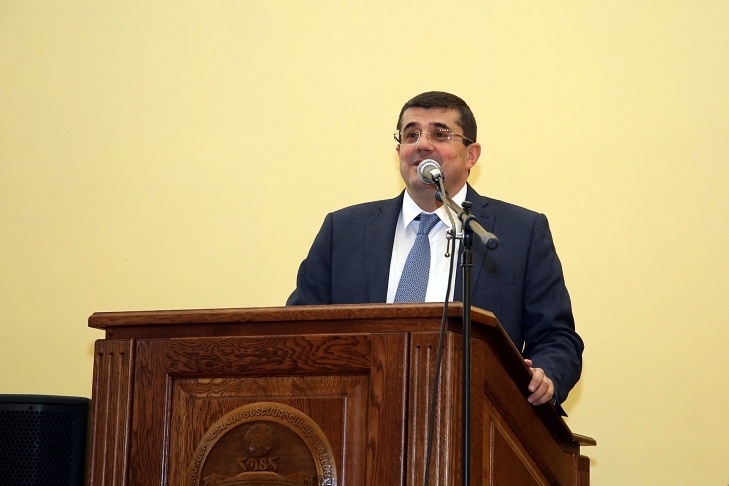 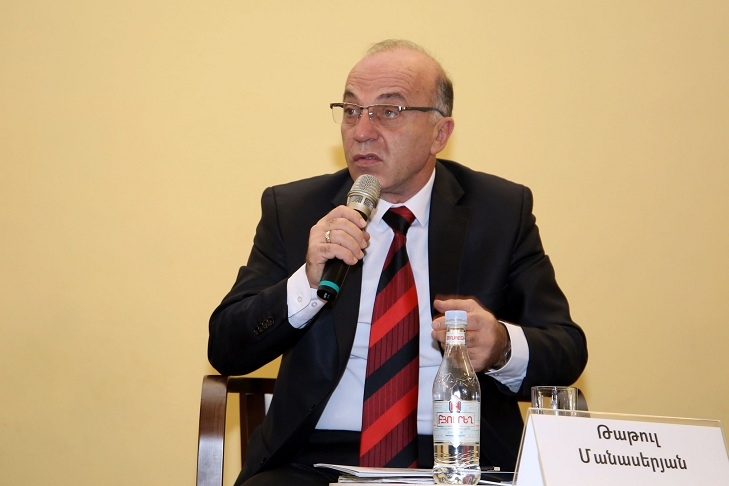 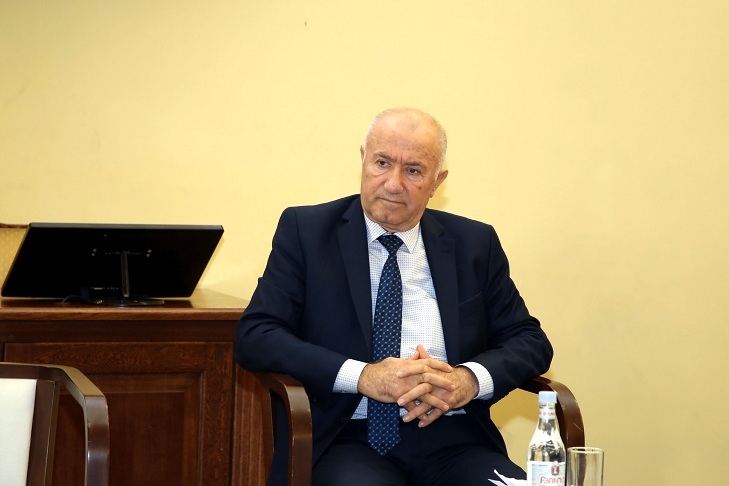 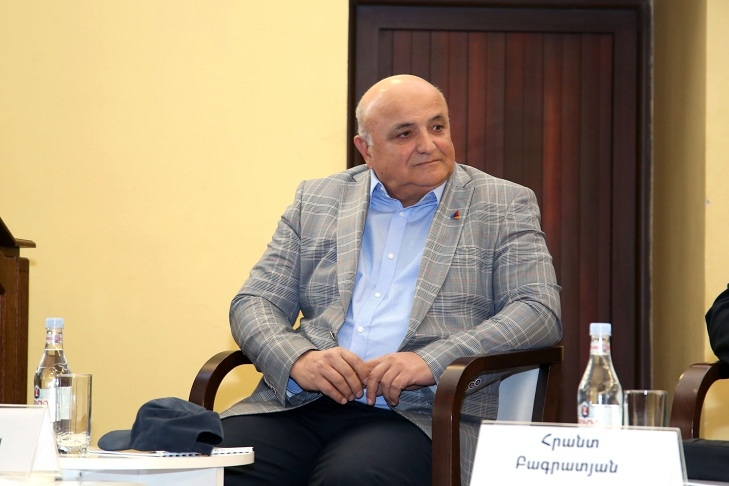 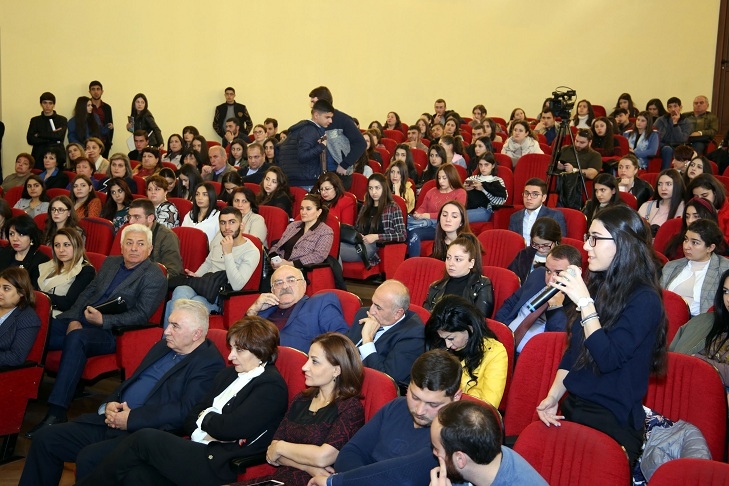 Today, Arayik Harutyunyan, the Former Prime Minister of Artsakh Republic, was hosted at our University and panel discussion on “Prospects of Economic Development of Artsakh” was held for ASUE staff and students. The meeting was attended by Diana Galoyan, ASUE acting Rector, Vahan Movsisyan, the Chairman of ASUE Board, Hrant Bagratyan, the Former Prime Minister of the Republic of Armenia, Tatul Manaseryan, the Chief Advisor to ASUE Rector, Ashot Markosyan, Head of the Chair of Innovation Economics, YSU.

The meeting was held in a crowded hall, attended by the University Leadership, academic staff, students, collaborators. Diana Galoyan made opening remarks and emphasized that the Main University of Economics has initiated discussions on current and urgent topics related to economy, bringing together prominent experts and economists. “In parallel with formal education, the University of Economics also emphasizes the different types of non-formal education, which besides academic knowledge, enable students to receive information, develop their thinking, express themselves freely, and listen to different opinions. Today we are conducting our discussion in the panel discussion format”; acting Rector stated introducing the gusts and gave the floor to the main speaker.

Arayik Harutyunyan in his welcoming speech first emphasized that he was a student of Yerevan Institute of National Economy (now ASUE), which is a great honor. Referring to the importance of the topic under discussion, he noted that the dynamics of the economy of any state are determined by the index of happiness, the demographic picture. After the speech Arayik Harutyunyan answered the questions of the attendees.

Afterwards, the participants of the panel discussion gave short speeches on the topic discussed, as well as answered the questions asked by the audience.

At the end of the meeting Arayik Harutyunyan thanked Diana Galoyan for organizing the event, and the University Leadership promised that such meetings would be continued.