15.06.2019
70th Anniversary of the founding of the Peoples Republic of China special course China-Eurasia
View count: 434 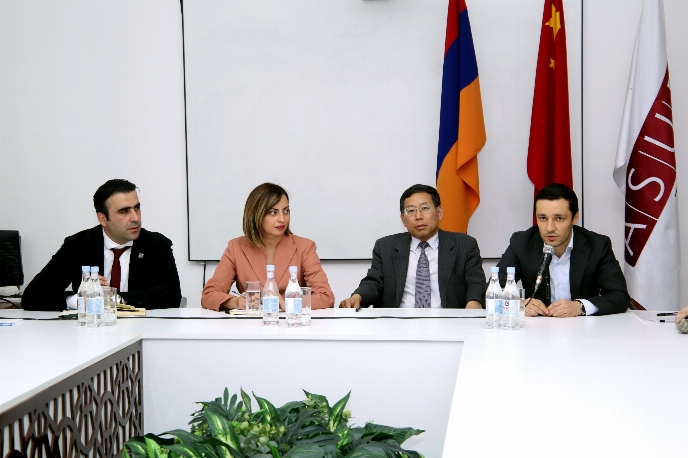 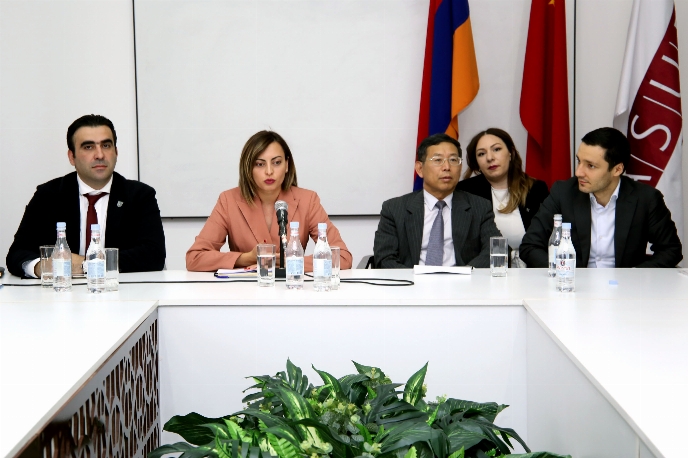 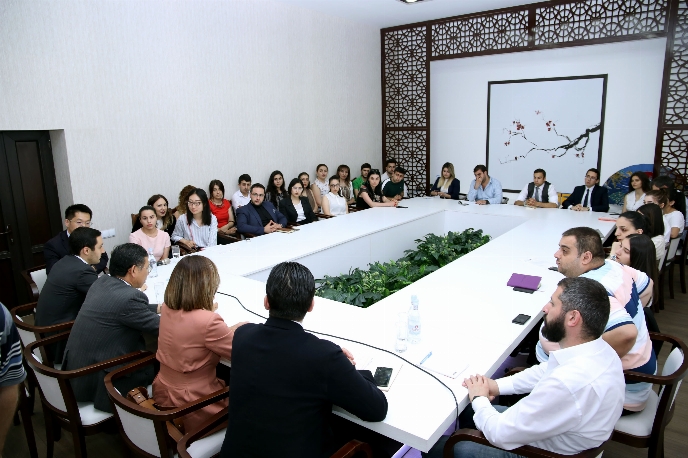 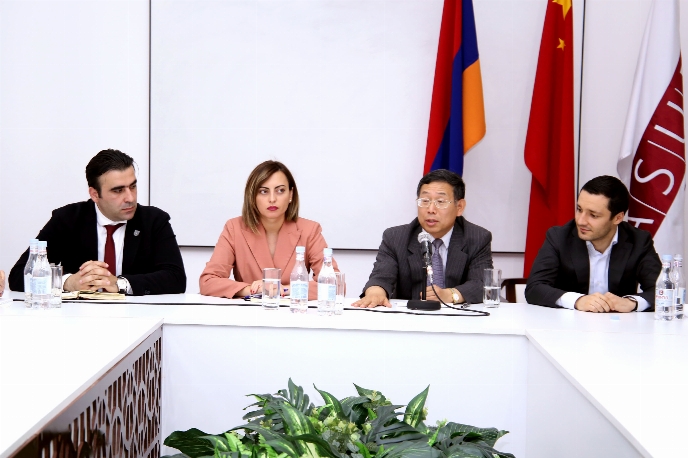 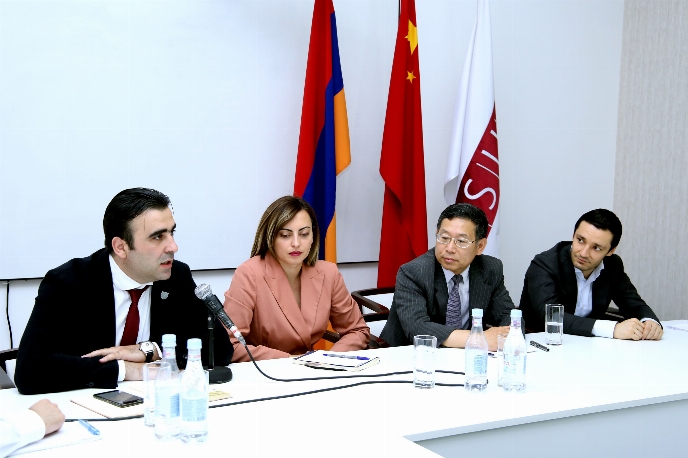 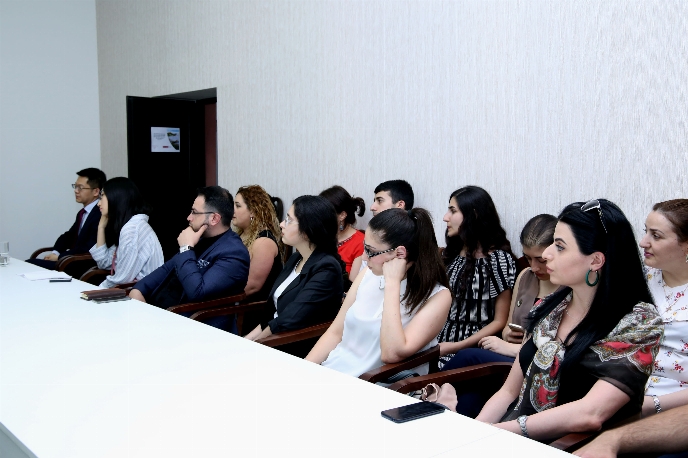 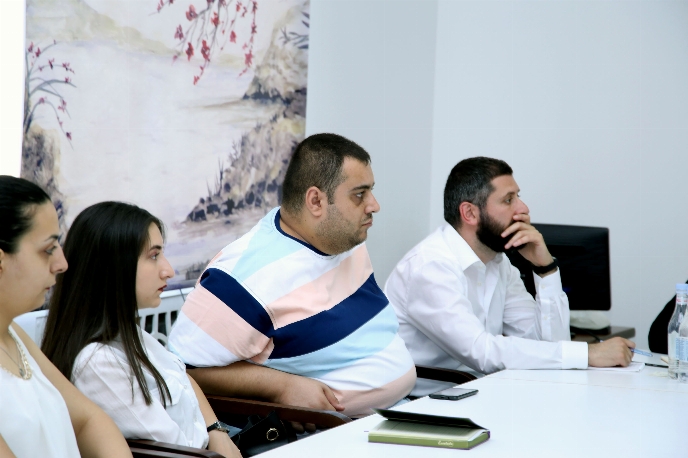 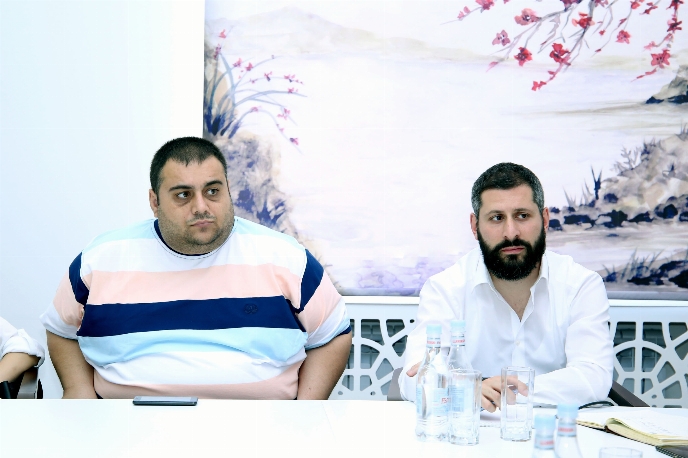 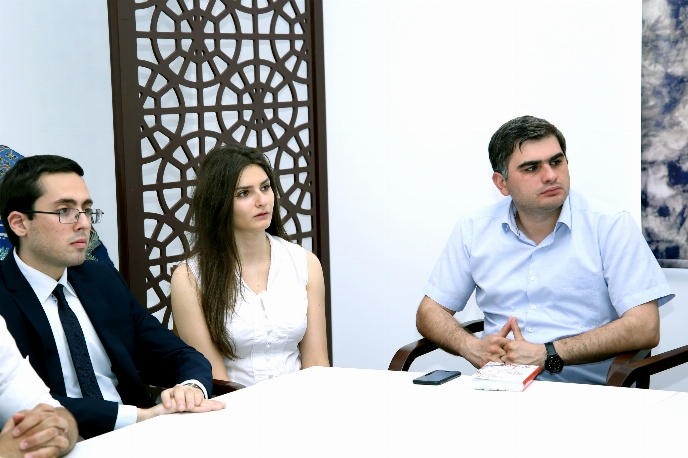 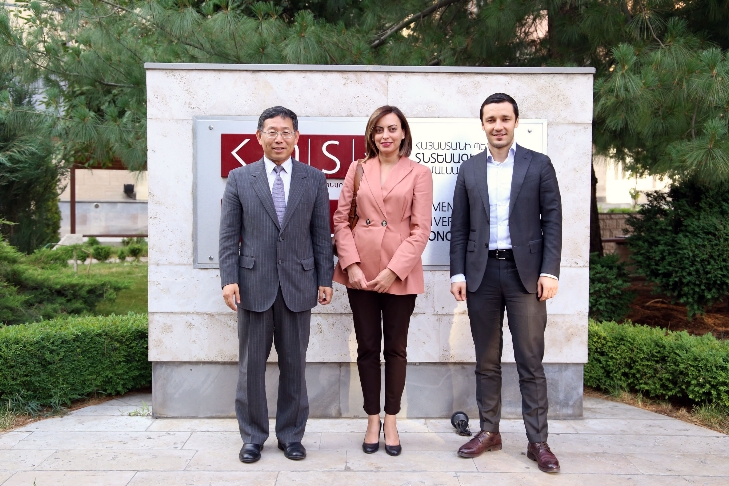 The “China-Eurasia” Council for Political and Strategic Research in cooperation with the Armenian State University of Economics, started the “Rethinking China’s Foreign Policy and Economy-2019” Special Course. This course dedicated to 70th Anniversary of the founding of the Peoples Republic of China.

The main aim of this special course is to introduce China’s Foreign Policy to those who are interested in China and its politics, providing them with solid knowledge and information about this great power, which increases its economic and political influence in the world through its Belt and Road Initiative.

The special program conducted by Armenian, Chinese and foreign scholars, who cooperate with the “China-Eurasia Council for Political and Strategic Research, Foundation and have solid professional background of doing research on issues related to China’s foreign policy and economy.

As a result of competition only 32 young specialists won the opportunity to be invited to participate as students in this significant course.

During the opening ceremony of Special Course, Vice-President of the National Assembly of Armenia Lena Nazaryan spoke about the importance of deepening Sino-Armenian relations. She mentioned that the current government stresses the importance of further development of relations with China. Mrs. Nazaryan talked about the visit of the Prime Minister of Armenia Nikol Pashinyan to China. During her speech, she introduced also the results of the negotiations with the Vice Chairperson of the Standing Committee of the National People's Congress of the of the People’s Republic of China (PRC) Shen Yueyue during her official visit to Armenia. The Vice-President talked about the necessity of further cooperation with the academicians particularly stressed the importance of the initiative of special course “Rethinking China’s Foreign Policy”.

In turn, His Excellency Chinese Ambassador to Armenia Mr. Tian Erlong presented the main directions of China's foreign policy, spoke about the goals and success of the "Road and Belt” initiative. Mr. Tian Erlong mentioned about peculiarities of the Chinese foreign policy: Five principles of peaceful coexistence. Talking about the Armenian-Chinese relations, he mentioned about the great potential of two countries that still must be used and developed.

The head of the “China-Eurasia” Council for Political and Strategic Research-Dr. Mher Sahakyan noted that considering the growing role of China in the current world order, it is a necessity to study and understand this country, deepen relations between Armenia and China. He expressed hope that the participants of the course "Rethinking China's Foreign Policy and Economy" will use the knowledge gained within the framework of this program to further develop Armenian-Chinese relations for the sake of Motherland.

In turn, professor, Dr. Ruben Hayrapetyan stated: “I think that organizing such kind of trainings is of great importance for our country. It is now that we must decide how and with what kind of effectiveness, we will pursue our foreign policy as human resource is the most important one. For the development of the latter we are obliged to transfer and disseminate the skills and capacities that will provide a significant result in long term prospective throughout such kind of trainings. Cooperation with China has always been and will continue to be one of the priorities for our country. Thus, as a result of the course, we expect that participants will have a greater opportunity to contribute to the development of Armenian-Chinese relations in all directions thanks to their knowledge gained.