Organizational Structural Changes in ASUE, but in a Natural and Logical Way: Ruben Hayrapetyan 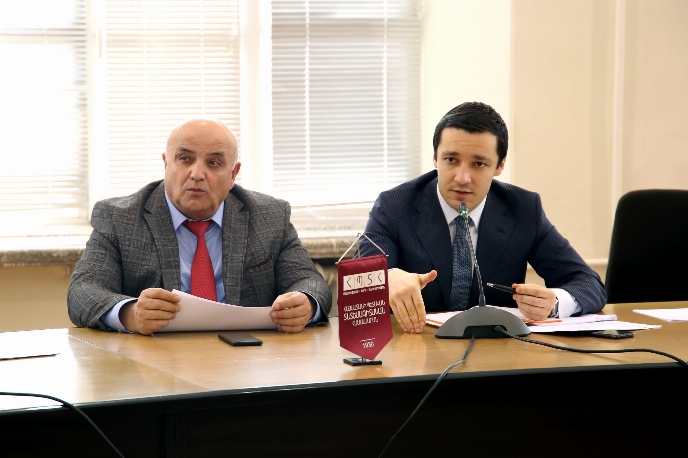 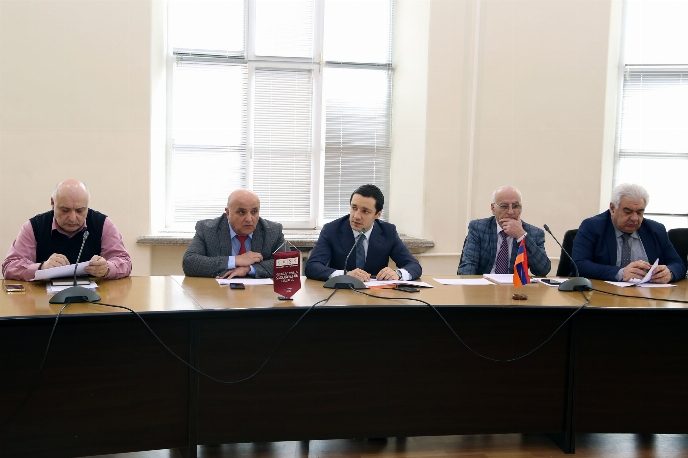 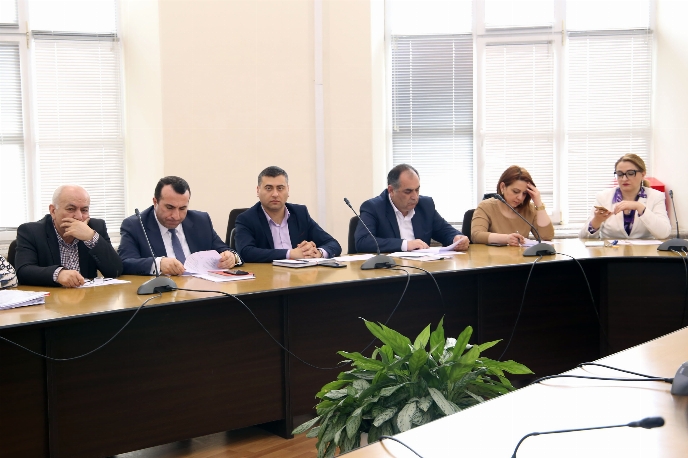 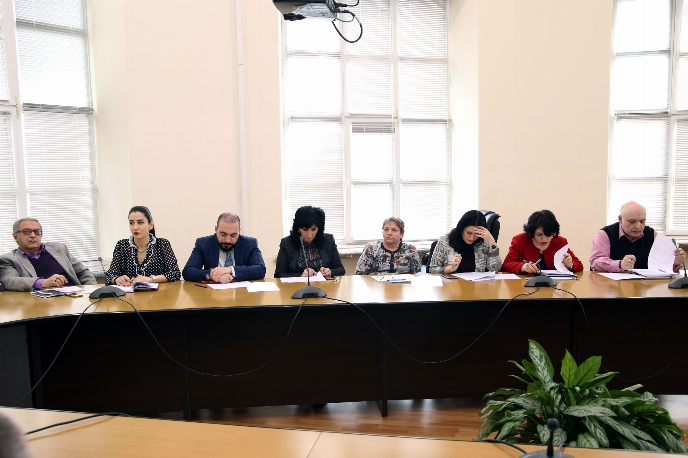 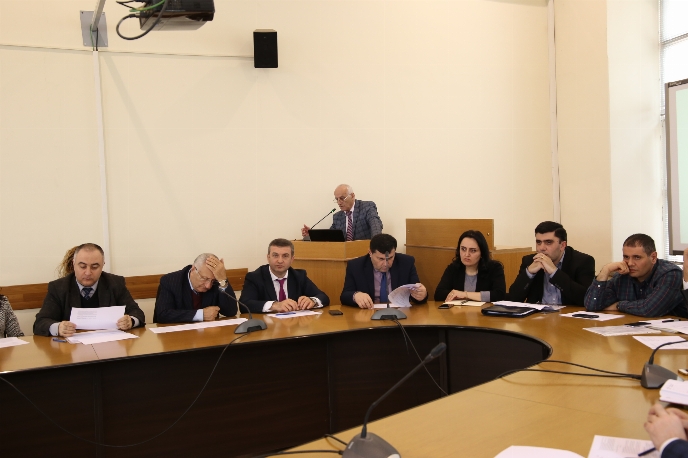 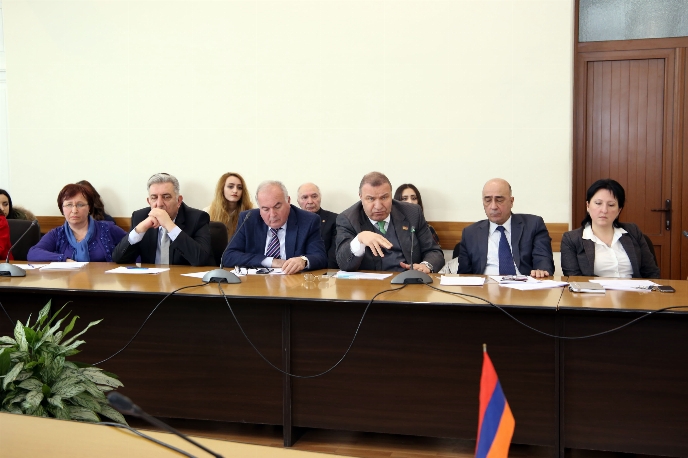 Today, regular session of ASUE Scientific Board was held headed by Ruben Hayrapetyan, acting Rector of ASUE, Doctor of Sciences, Professor, attended by Vahan Movsisyan, ASUE Board Chairman, President of “Communities Finance Officers Association” NGO. Ruben Hayrapetyan stated that the Chairman wished to get acquainted with the events taking place in our University, here is the participation in ASUE Board session.

Touching upon the structural changes of the University, stated that the processes initiated supposed logical and natural way of organizational structural changes, which will be touched upon at ASUE Board session to be held on March 11.

“Structural changes are being spoken, i.e. Departments and Chairs are going to be united, but at this stage these changes refer only to the administrative sector, another ones may be touched upon later as the university is a living organism, there is a dynamic process of development, so current changes will be made”; acting Rector stated.

Then the University Head referred to the statement that dictation lectures should be excluded. "In general, this statement has received a positive response, but there were several cases when the lecturer refused to give the students the necessary material, literature, after this statement. I want to note that such cases will be punished "; said Ruben Hayrapetyan.

Paruir Kalantaryan, the Vice Rector of Educational and Methodological Matters, reported on the outcomes of the examination process for the 1st half of the 2018-2019 academic year and the report was approved.

Then Paruir Kalantaryan reported on issues - “About the Process of Developing Educational Programs” and “Organization of Educational and Scientific-research Internship and Problems of Dean’s Offices and Chairs”.

Ruben Hayrapetyan stated that attention should be focused on modernization of educational programs, such process has been in the past and there are some outcomes, but today the problem should be solved radically. “Today, there is a sharp competition in the education market and we should radically change our policy, our philosophy. I urge everybody to join as we are going to improve the quality of the university in all directions and not to give partial solutions”; Ruben Hayrapetyan stated, noting that the Chair of Management had already started the modernization of educational programs, and the formed working groups had certain outcomes. As for the organization of internships, the University Head noted that it should be thoroughly updated, and activities are being carried out now. Before passing to current issues Vahan Movsisyan, ASUE Board Chairman made a speech, noting that the issues discussed were very interesting and he has his own approach to each of them, but the main purpose of his participation in the session is to get acquainted with the Board members. Vahan Movsisyan assured that the University Board sincerely wants to support the University development, to solve the existing problems and will try to do its best.

The series of current issues was also full.

Khoren Mkhitaryan, Head of ASUE Science and PhD Division presented the issue of approving the topics of thesis and scientific supervisors.

At the end of the session, Ruben Hayrapetyan congratulated on Women’s Day noting that he highly appreciates the presence of women in the collective and their participation in the joint activity.