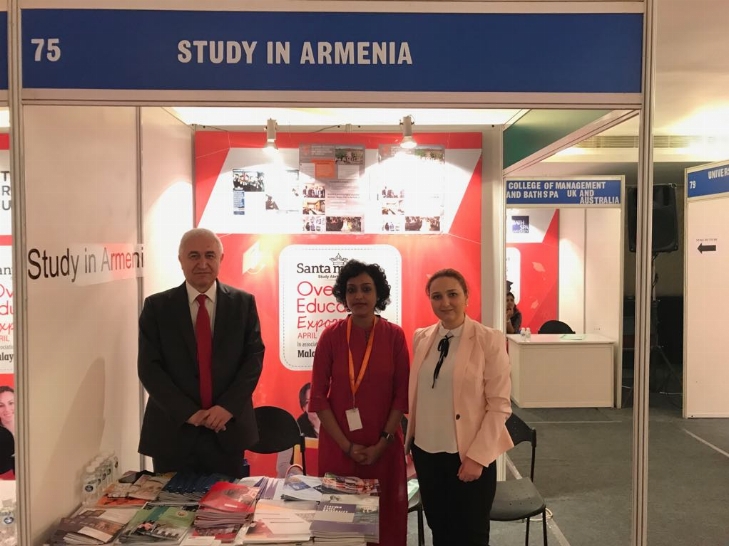 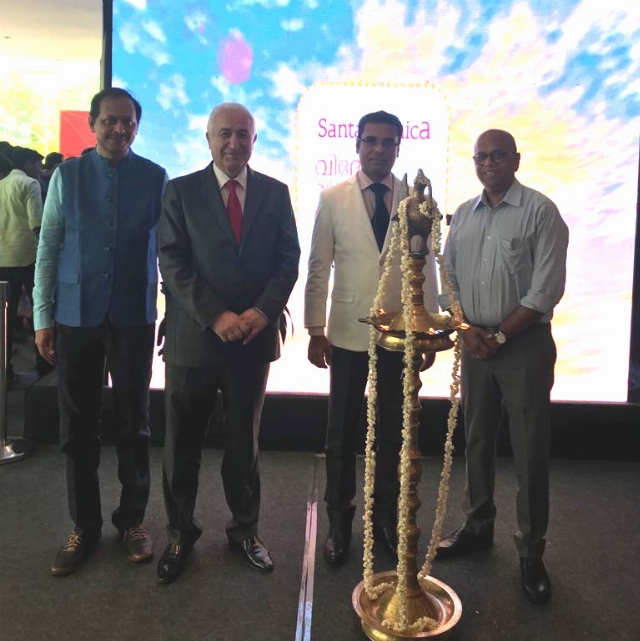 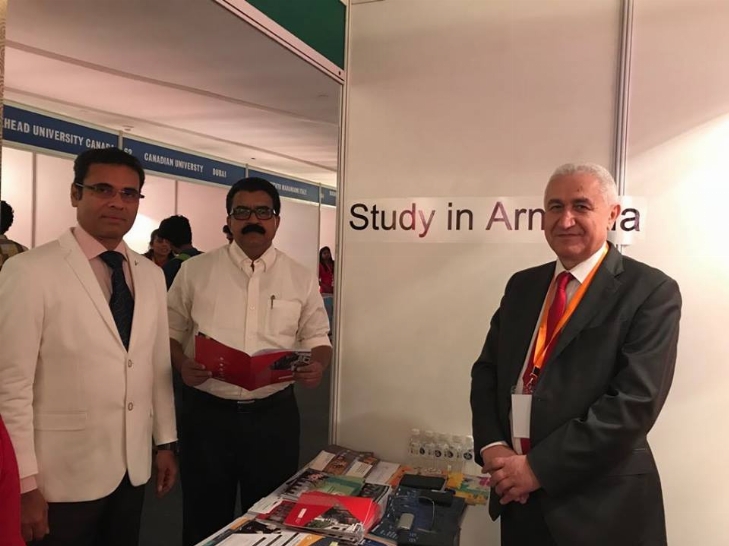 Rector of ASUE, Professor Koryun Atoyan and Head of Foreign Relations Division Vard Ghukasyan took part in an educational exhibition organized by the Indian "Santa Monica" organization in Cochin, India on April 4-8. Our partners of the Foreign Relations Division reported that further cooperation arrangements have been reached with this organization in organizing the involvement of foreign students.
A meeting was held with the Vice-Rector of the Mahatma Gandhi University, Babu Sebastian and an agreement on further cooperation between the universities was reached. Rector Koryun Atoyan and Head of Foreign Relations Division Vard Ghukasyan were invited to the Cochin University of Science and Technology. The meeting was hosted by the vice-rector of the mentioned university P. G. Sancaeva and Director of the International Relations and Admissions Division C.C. Sajuy. Joint research projects are discussed at the meeting.